A city rebuilding: why Christchurch is worth a stop on your New Zealand trip 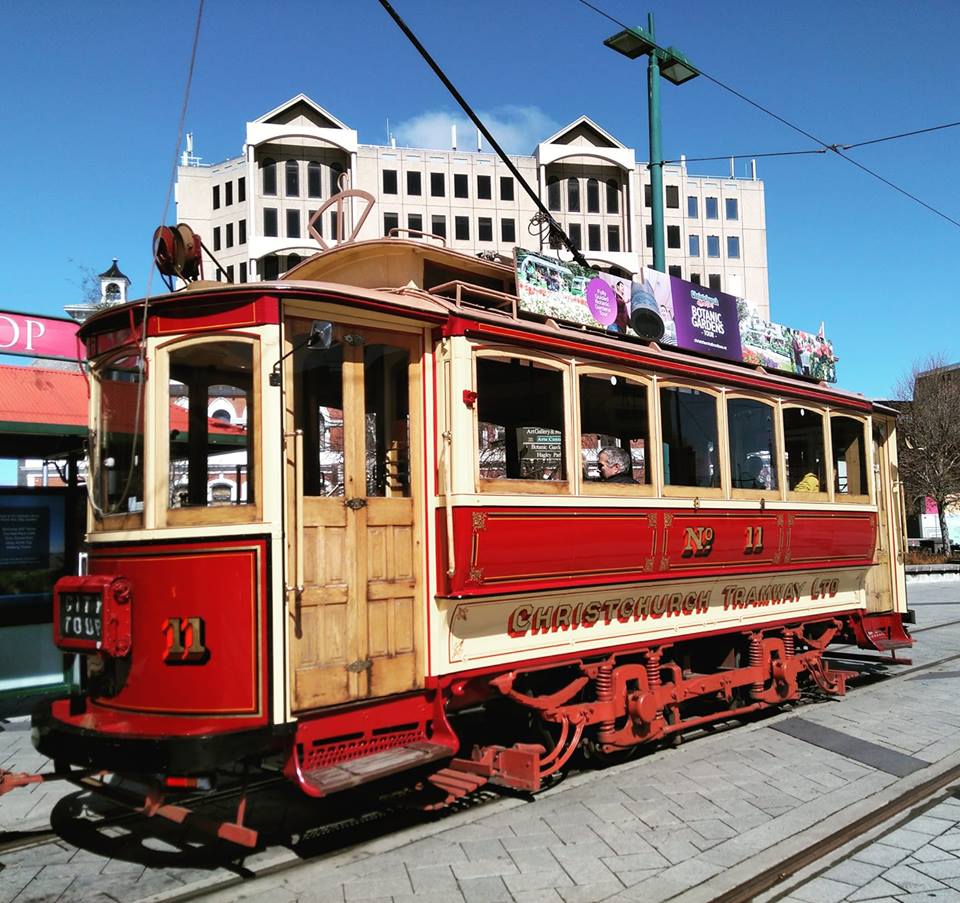 Last year, when I was planning my New Zealand trip, the first thing that came to mind when I thought of Christchurch, New Zealand, was the devastating earthquake of 2011 which ravaged the city. As someone with a deep interest in natural disasters, a stop here to learn more about it and to see how the city was recovering was always going to be on my South Island itinerary.

After taking in the stunning scenery of the crossing over the Cook Strait from Wellington to Picton and the coastal paths that Picton has to offer, early the next morning I boarded another Intercity bus for the journey to Christchurch, an all-day affair at 9 hours. Despite the grey, cold and damp weather, the route along the east coast of the South Island was lovely, and I’d managed to pick a seat on the right side of the bus for a clear view of the hundreds of seals basking on the rocks as we wound into Kaikoura (a popular stop for whale-watching if you have the time in your itinerary).

Arriving into Christchurch in the late afternoon, I checked into the comfortable (excellent pillows!) and centrally-located YHA Christchurch. The first thing on my to-do list was to go shopping for a big warm jumper, as the temperature had dropped noticeably as I’d moved south! Luckily the hostel staff were extremely helpful in pointing me in the direction of a suitably inexpensive store.

First thing the next morning I set out for Quake City, the museum dedicated to the impact of the earthquake. We talk about a singular quake, but there were actually two. The larger of the pair was the first one which hit on 4 September 2010 and measured a magnitude of 7.1. There was a fair amount of damage caused to buildings in the city and surrounding areas, but no loss of life and very few injuries (attributed to the fact that it struck in the early hours of the morning when not many people were out and about). Six months later, on 22 February 2011, another earthquake hit, and, despite measuring a smaller magnitude of 6.3, was far worse in its effects. The quake was shallow (causing more severe shaking) and the epicentre was right by the city, and this time it came at lunchtime. Buildings already damaged by the first earthquake came crashing down, and 185 people lost their lives, with thousands more injured.

Quake City is a small museum, but offers a thorough and intense history of the earthquakes and their aftermath. A video exhibition plays harrowing and gut-wrenching testimonials from survivors and some of those who lost loved ones (the story of the man who was away from Christchurch on a business trip and saw the rubble of the Canterbury Television building on the news, knowing that his wife was in there and getting no response when he called her mobile phone repeatedly, particularly stuck with me. Sadly she was one of the 115 employees who died in there). The museum is full of artifacts from the quakes and their aftermath (including the spire from the city’s cathedral which still hasn’t been re-attached). I came away having learnt a lot about the earthquakes and how the city put a process of recovery and rebuilding into place. 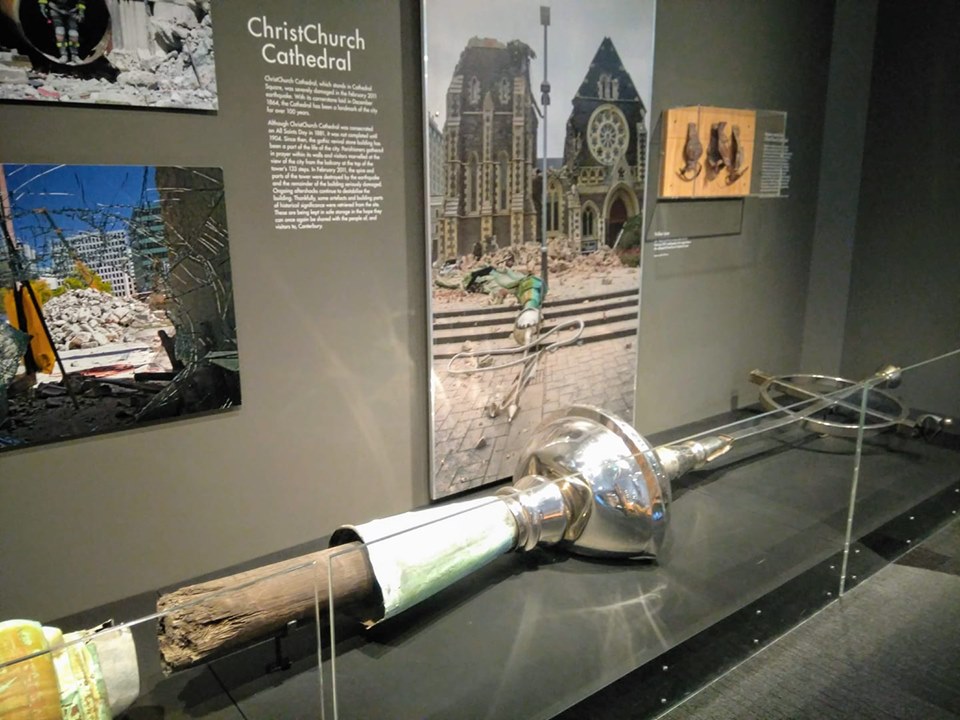 This process was evident as I wandered around the city centre. There were construction sites everywhere, and while of course, seven years on, many buildings had already been put back up, the cathedral is still being worked on, with a big hole in its side (and its missing spire) clear to see underneath the scaffolding. The sun came out around lunchtime, and the streets were full of workers clutching brown paper takeaway bags and cups of coffee, just as you would see in any other similar city; all appearances were that life had very much gone back to normal. 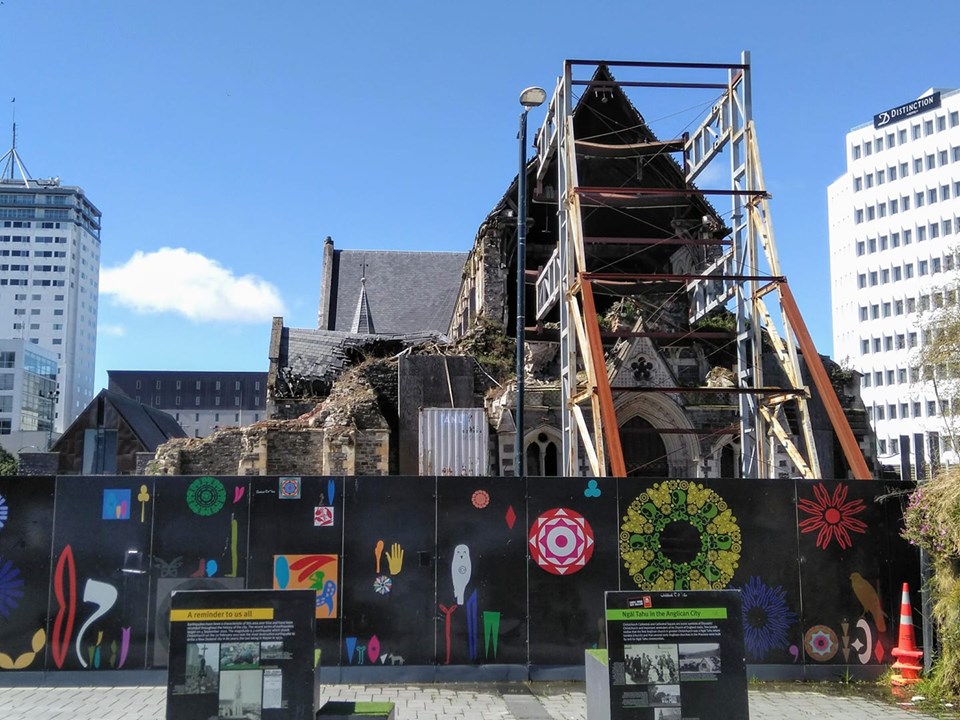 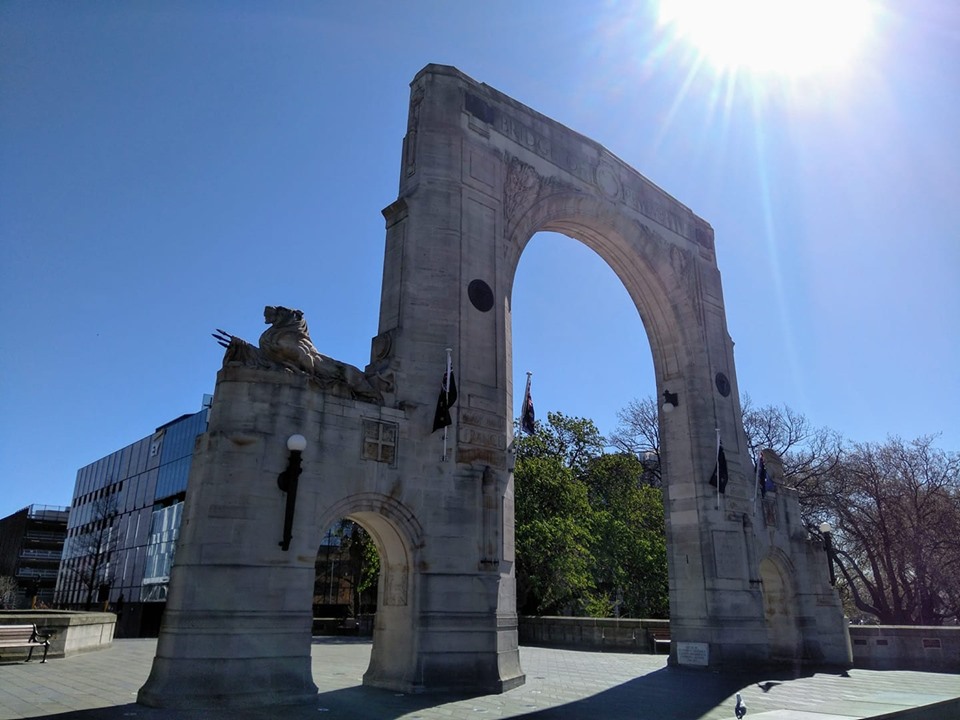 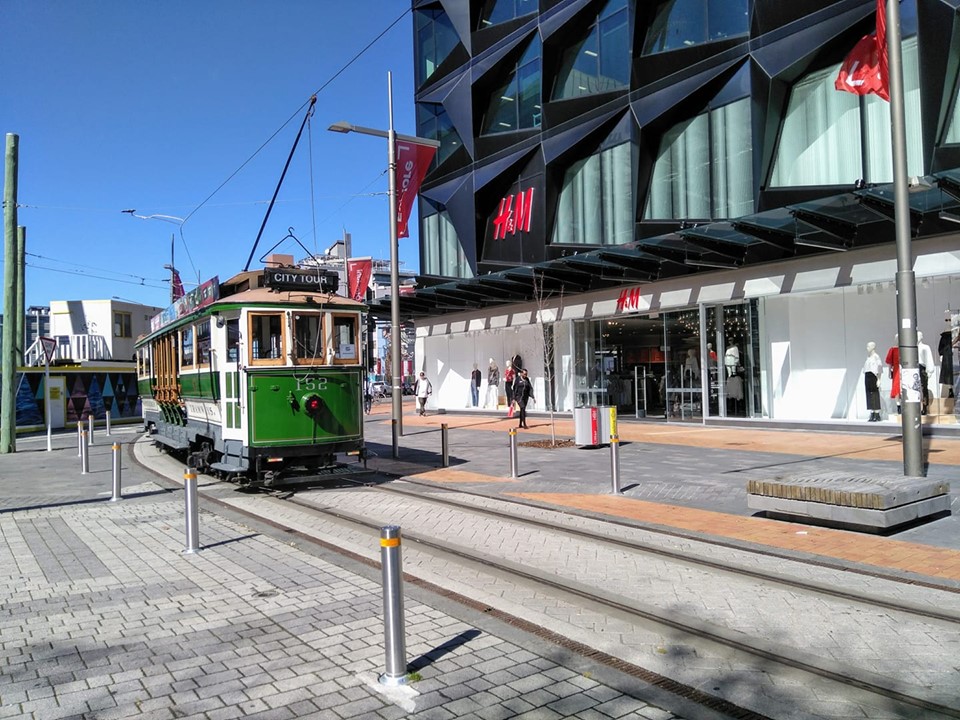 There’s more to see in Christchurch too. I enjoyed the Canterbury Museum on Rolleston Avenue, which is open every day and free to visit. It’s actually pretty big once you get inside, and it takes a few hours to explore all of the collections, ranging from natural history to a replica English-style high street from earlier times in the city. My favourite section was the Antarctic Gallery, charting the history of exploration of the icy continent; with its southerly position, Christchurch is a “gateway” to the Antarctic, with modern-day research trips departing from here. In this exhibition you find everything from memorabilia from Scott’s and Shackleton’s expeditions, to the stories of some of the dogs who have accompanied human trekkers. Christchurch is also home to the International Antarctic Centre which is supposed to be fun, although I didn’t visit myself. 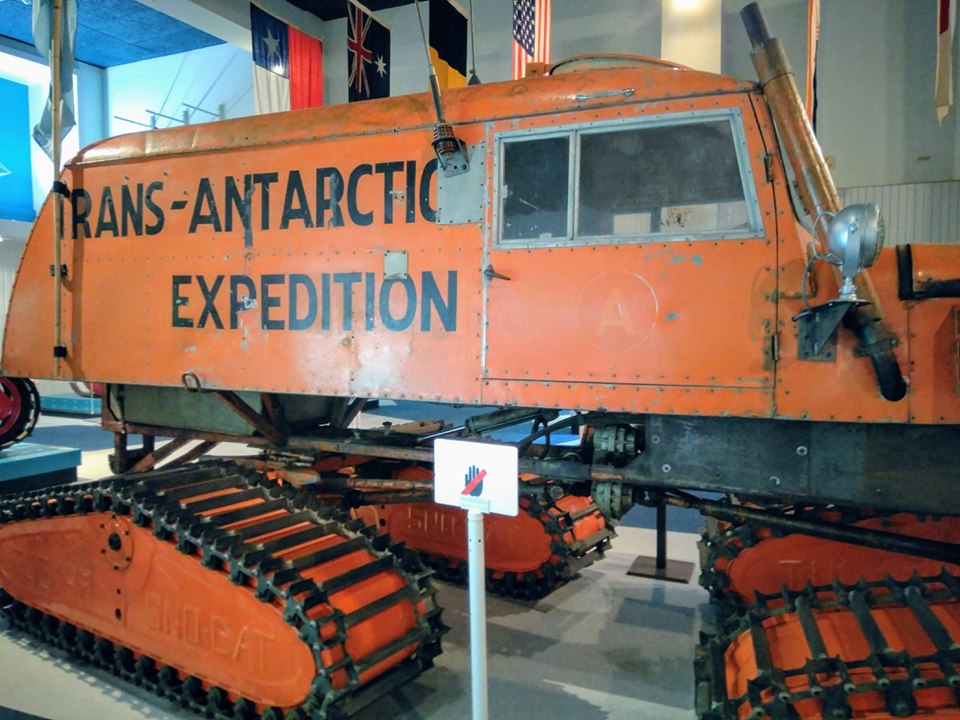 The city of Christchurch was deliberately built by European settlers in an British style, and this can still be seen today as you wander around the streets with the quaint trams trundling past, or as you sit on the banks of the River Avon (named after a river in Scotland) watching young men in smart shirts and braces taking visitors punting along the water (an activity of course famously associated with the university towns of Oxford and Cambridge in England). On a sunny day, this is the perfect spot to take a seat and relax, or to go for a stroll. 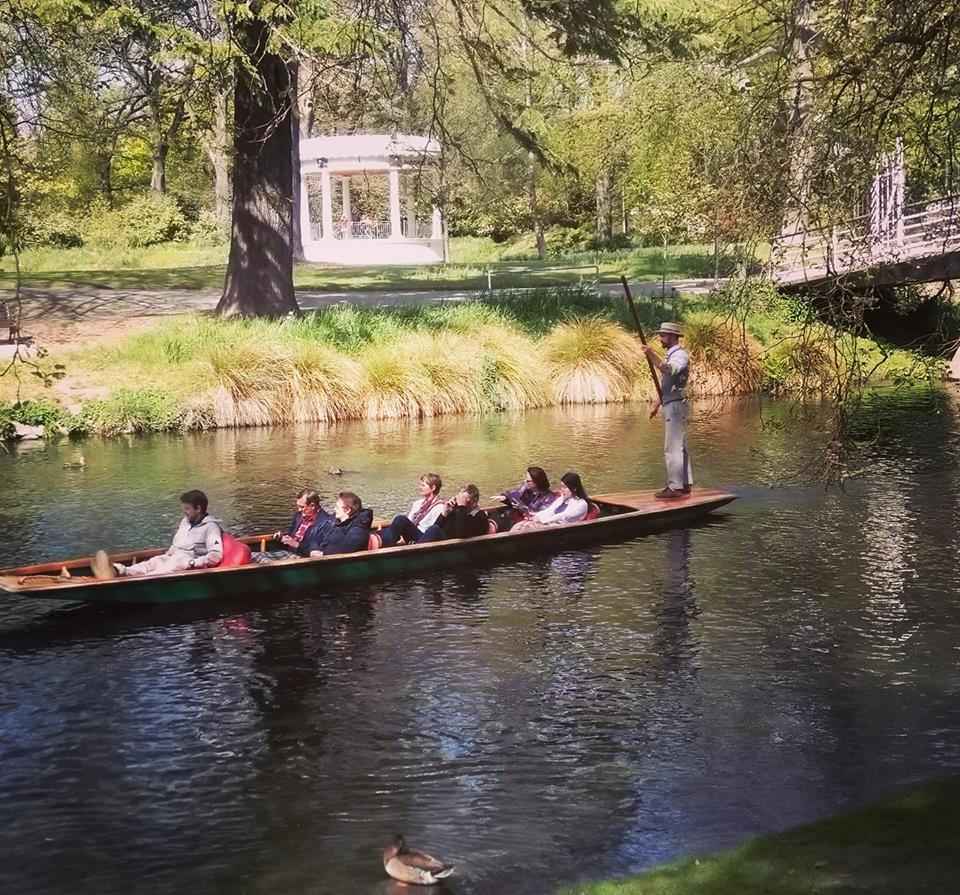 Christchurch has, of course, suffered another traumatic blow since my visit, with the terrorist attack of March of this year which killed 51 people and injured a further 49 as they emerged from Friday Prayers at their local mosque. I hope that travellers will continue to visit the city and support the local people as they come to terms with another violent loss of life.