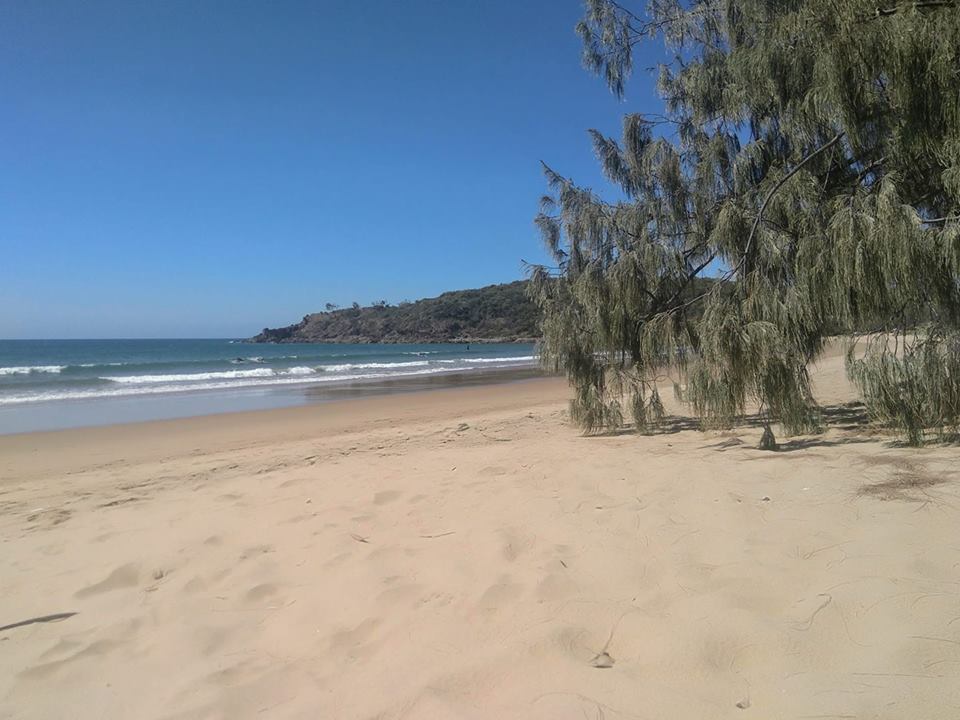 After my Fraser Island adventure and whale-watching excitement in Hervey Bay, it was time to hop back onto the Greyhound bus to head north for another four hours to the Central Queensland beach towns of Agnes Water and 1770.

The area is generally referred to by both names, but if we’re being picky, they are two distinct towns, with Seventeen Seventy (officially the name is spelt out) sitting a few kilometres north of Agnes Water. The Greyhound arrives into Agnes, and that’s where most of the backpacker hostels appear to be situated too. Readers who know their history may have worked out already that 1770 is the year that Captain James Cook first arrived in Australia; his second landing was at this spot. It was the strange numerical name that had first put this location on my radar, but I’d also since learnt that Agnes Water is the cheapest place along Australia’s East Coast to take some surfing lessons. After nearly two years in Australia, I’d so far failed to give this popular sport a go, and I was keen to get out there in the waves and try it out. 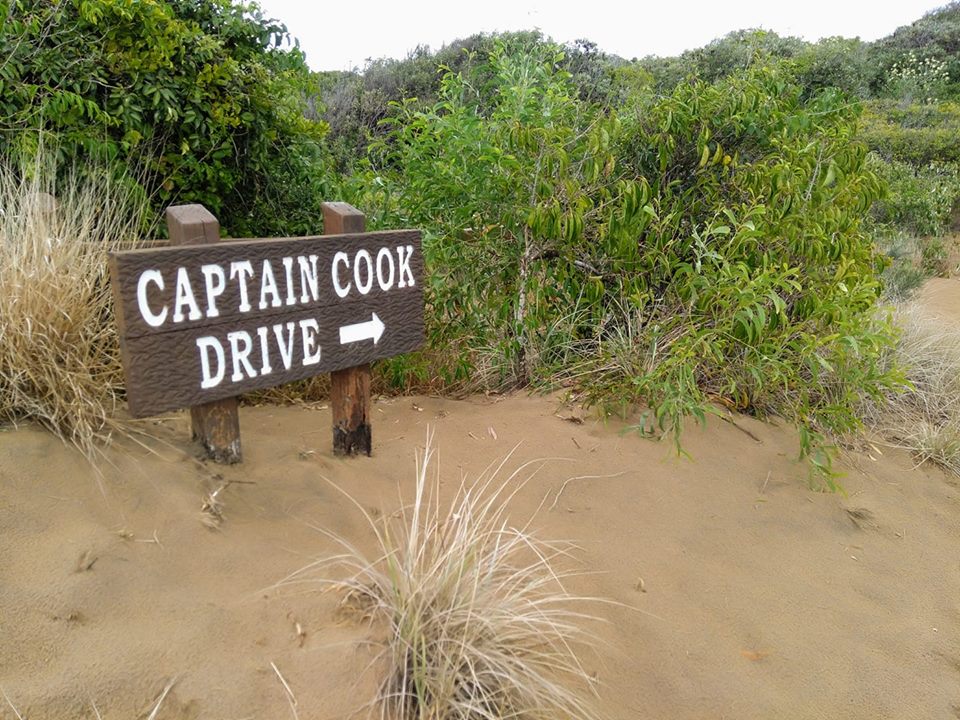 My first day in Agnes Water was a wash-out. It was easy to see that I was now edging close to the tropics, with the fierce, humid thunderstorm battering the town all day. Luckily I was staying in the relaxed 1770 YHA, a friendly hostel with a lovely terraced communal area from which to watch the rain under cover. Sometime during the afternoon there was a break in the downpour, and I scurried quickly through the bush track down to the beach to at least catch a brief glimpse of the ocean that day. 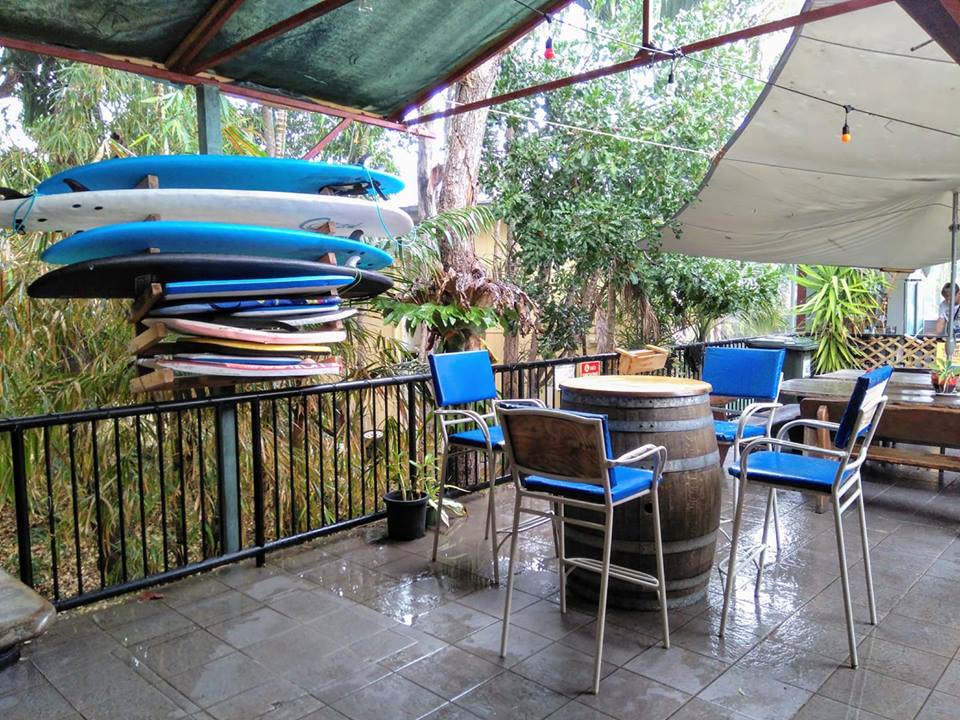 Happily, as is often the case in Queensland, the next morning the clouds were gone, the sun was out, and there was no sign of the deluge of yesterday. It was time to go surfing.

I’d picked Reef 2 Beach Surf School due to their fantastic reviews, and the fact that they send a professional photographer down to the beach with you, from whom you can purchase a memento of your foray into surfing (as a solo traveller, getting photographs of yourself in action somewhere isn’t always the easiest thing). I’d booked my lesson through BookMe (a site that I found to be great for getting a discount on activities in Australia) at $17 for three hours, but even if you walk up on the day it’s only a few dollars more than that; considerably less than you’d pay elsewhere on the East Coast. The school takes a group out every morning, and will always do a tour of the local hostels with their minibus beforehand to pick up anyone who wants to make a last-minute decision to join in.

Safety is paramount at Reef 2 Beach, and before we went anywhere near the water, we were given a safety briefing, asked to disclose any health issues which the instructors would need to be aware of, and reminded of the importance of wearing copious amounts of sunscreen. It was then time to head down to the beach with our wetsuits and boards. Our fantastic instructor, JD (follow him on Instagram to see the beautiful setting for these daily lessons), placed a massive emphasis on ensuring that we actually understood the mechanics of surfing before we hit the ocean, so he spent a good amount of time explaining surf safety, surf etiquette, and how to paddle out, select and catch a wave, even making us practise the techniques lying on our boards on the sand.

Once JD felt we were ready for the water, he led us out, and with the help of a second instructor, pushed us in turn into the waves, shouting to us when to paddle and then when to attempt to stand to make sure that as beginners, we timed everything correctly. I enjoyed every minute of it, from simply sitting up on my board in the queue, enjoying being out in the water, to the thrill of catching the wave. On my first few tries at standing, I failed miserably, “wiping out” into the shallows, but on my third or fourth attempt, I managed to get it just right, and it was a fantastic feeling to actually be surfing! The professional photographer was brilliant, snapping away for all of us, and after the lesson we were able to go up to the Agnes Water Tourist Office to view the pictures and purchase digital copies of as many as we liked for the extremely reasonable price of $20. I love the photos that he took of me; they really capture how much I was enjoying myself! 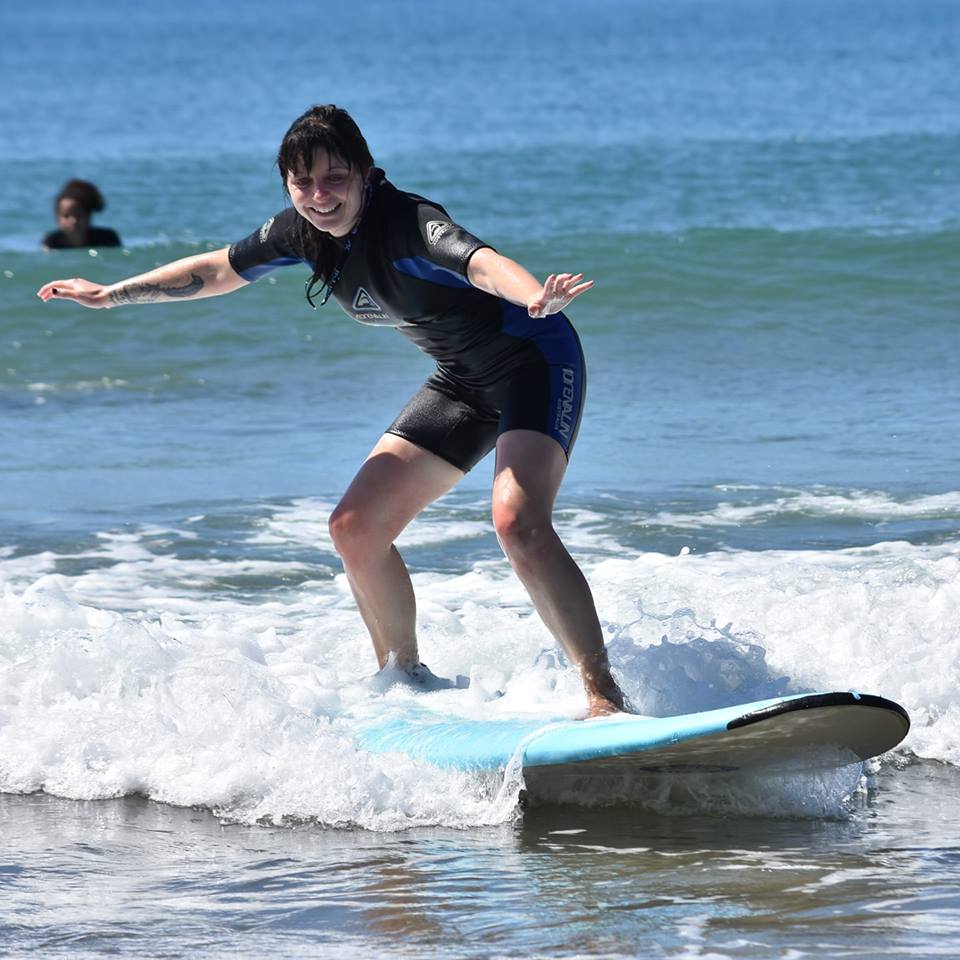 With the two instructors working with us, it never felt crowded or rushed, and we all had plenty of chances to catch waves before the lesson ended. Reef 2 Beach rent out wetsuits, surfboards and other equipment for anyone who wants to go out by themselves, and the 1770 YHA also had boards to borrow, but tired and happy, I was content to shower off, go get some food, and look through the photographs.

There’s plenty of other things to do in Agnes Water and Seventeen Seventy too. That evening I went on the nightly trip offered by the hostel to watch the sun set over the cape at 1770. 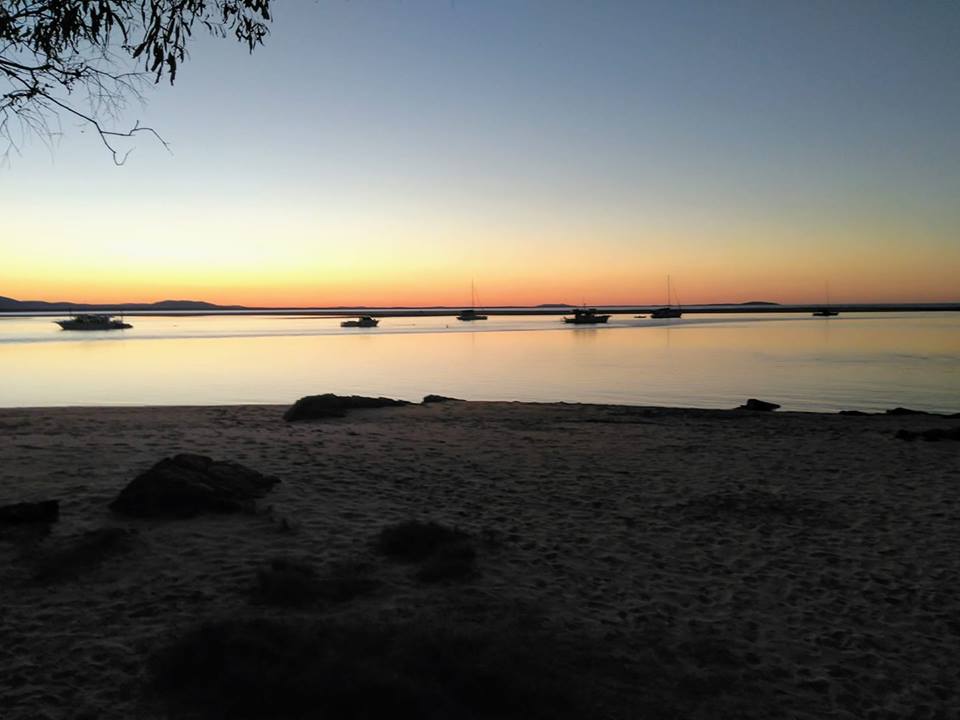 There’s a long stretch of beach to enjoy if you want to chill out on the sand and go for a swim in the ocean (this was how I spent the next day – my arms were unexpectedly achy after the surfing!). The “LARC” tours are popular – trips around the local coastline in a bright pink amphibious vehicle, and, being that Agnes Water and 1770 sit at the very southernmost tip of the Great Barrier Reef National Park, there are snorkelling and diving boat trips out to some local islands. Given the bad weather during my first day, I ran out of time to do any of these, but I very much enjoyed just relaxing on the beach after my surfing experience. Whether or not you want to try your luck on the waves, the towns of Agnes Water and 1770 make for a peaceful stop on the East Coast route, and I’d certainly recommend planning a day or two here at least. 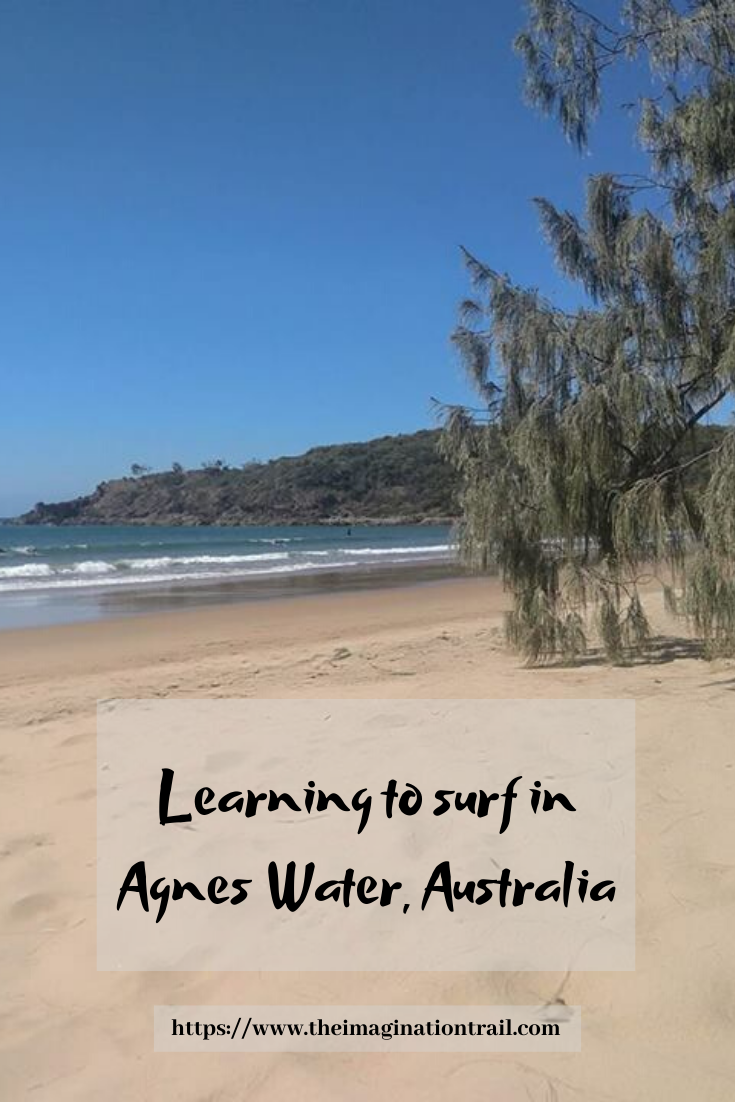