That time I found my own little beach in Corfu 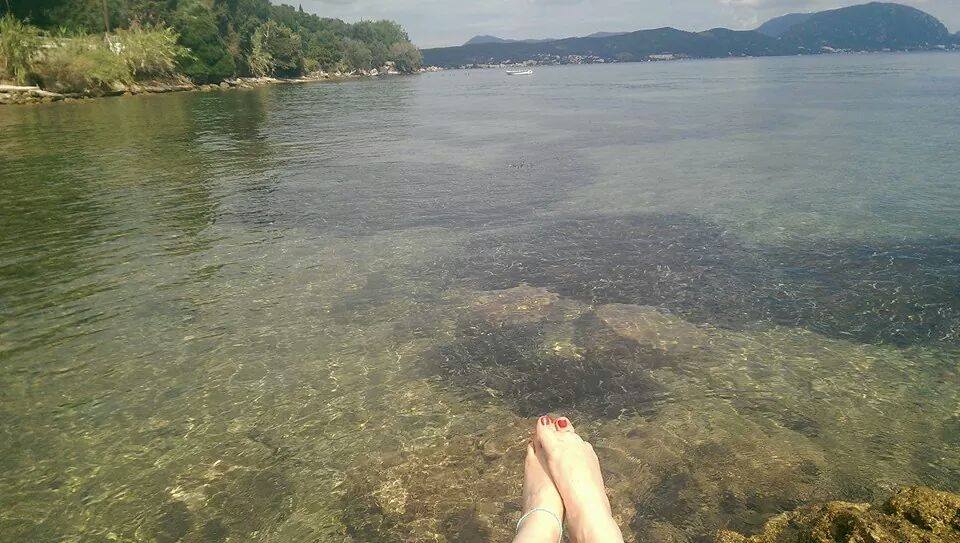 It was my final chance to find this coastal path. I’d set out the previous afternoon in search of the secluded coves between Mesongi and Boukari on the Greek island of Corfu, but had found myself climbing inland, jumping out of the way of cars which swung around the corners of the dusty road, evidently not expecting to find a panting tourist there. I’d gone quite far before I conceded that this was not the easy and pleasant walk I’d been promised, and that with the sea now a glittering blanket below, there was no chance that this could be considered coastal.

It was my last day on the island and I had no time for any further error. I hoped that if I kept the sea in view I couldn’t go far wrong, and it was certainly turning out to be a pretty walk, as I passed white houses with cute plastic lemons on the door, pink flowers hanging over my head, the sound of crickets piercing the air alongside the hissing of waves hitting pebbles.

What I was really after, though, was a little bit of beach to myself. I’d heard that I’d find patches where I could relax undisturbed, but so far I’d spotted only hostile-looking rocks. My thoughts were just turning to how I should have worn trainers, and whether there’d be anywhere to get a cold Mythos beer soon, when something caught my eye.

A platform extending out into the sea, with a ladder at the end.

I hopped down from the road. The wooden jetty was unmistakably intended for swimming, taking those who stepped onto it past the jagged rocks and into deep turquoise water. I looked around, expecting to see a hotel to whom this perfect piece of coast must belong, but there was nothing.

Furtively, I stripped down to my bikini and slipped into the sea. I floated on my back, listening. There really was nobody, nothing, anywhere nearby. Occasionally a car would chug past, but you wouldn’t spot this cove from a vehicle. I had succeeded in finding my own little bit of island.

Eventually I raised my hand and noticed the tell-tale wrinkles in my fingers, so I pulled myself out of the water, laying out on a flat expanse of rock and drying in the midday sun. In the distance one of the sightseeing boats was returning. I waved but I don’t think they spotted me, a lone figure on the side of the shore where you wouldn’t be looking for anyone.

I stayed perched on the rocks until clouds began to roll overhead, suggesting that it might be time to leave. Gathering my things, I took one final look around my personal cove, before stepping back up to the road, the rocky edge now hiding any trace of my little beach. I still sometimes wonder if I imagined the whole thing.