The Glenn Miller Museum at Twinwood: a hidden music history gem in Bedford 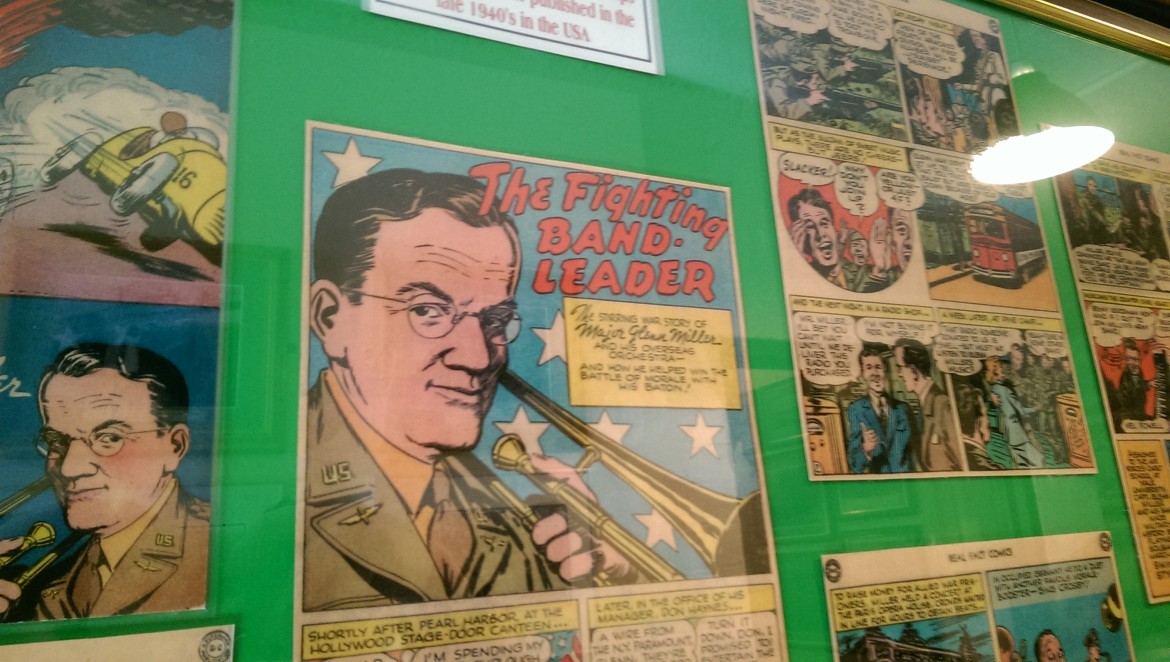 When I started secondary school, I desperately hoped to be picked to learn a musical instrument. I dreamed of the violin. I was gutted when I didn’t make the grade in the hand-clapping rhythm test, and made do with singing (badly) in the junior choir. Then one day, the music teacher stopped me and asked if I wanted to learn to play the trombone. I had no idea what it was but I jumped at the chance, and a few weeks later found myself hauling a brass contraption nearly the same size as me home, subjecting my family to a year or so of heavily puffed-out renditions of “God Save The Queen” and “Home On The Range” before I became any good at it. It’s not a popular instrument and so throughout my teens I had a lot of fabulous opportunities to play it, joining a jazz band and discovering that genre and one of its most famous trombonists and bandleaders, the legendary Glenn Miller. His tunes were relatively simple in musical terms, but infectious, fun and beautiful, becoming entwined in both music history and social history I don’t play trombone anywhere near enough these days, but I’ve remained a Glenn Miller fan, and when I discovered, shortly after moving to the town of Bedford, that the old RAF base three miles up the road, Twinwood, had been his base, and also the last place he was seen alive, I added it to my to-visit list.

RAF Twinwood was a World War Two air base, hosting the US Air Force as well as British fighters. The first thing that struck me about it was that it still looks pretty much like I imagine it would have done back then. The old Control Tower has been turned into the Glenn Miller museum, featuring memorabilia, photographs, news clippings and other highlights from his time in Bedfordshire. Miller was too old to fight, but persuaded the US Army to accept him as the leader of an army band to entertain the troops. They were eventually sent over to Twinwood, from where they travelled around England to perform. The BBC had secretly moved its music department away from London, which was under attack from Hitler’s bombs, to the relative safety of Bedford, fifty miles outside of the capital, and the band would broadcast concerts on the radio regularly. There are plenty of other World War Two relics and exhibits around the site too. You can go to the top of the Control Tower and see the equipment that would have been used, visit the Aviation Museum in one of the other buildings, and learn about everyday life during this time of bombings and rationing. Yes, the dummies are a little creepy!

There are even government posters urging women to help with the war effort in the Ladies’! This ex-airbase revels in its 1940s setting, and hosts the Twinwood Festival every August Bank Holiday, featuring swing music, lindyhop dancing, vintage clothes and hairstyling, and more. I have never managed to get there, but I am told it’s a wonderful experience.

On December 15th, 1944, Glenn Miller boarded a small plane at RAF Twinwood, headed to Paris to perform for troops there. He never arrived, and neither the plane, nor the bodies of those on board, have ever been found. What happened that night is still a mystery to this day, and Twinwood remains the last place anyone saw him. I thoroughly enjoyed my afternoon retracing Glenn Miller’s footsteps, and would recommend this mini-pilgrimage to any fan. It’s an easy day trip from London and a fantastic glimpse into a significant part of British history.