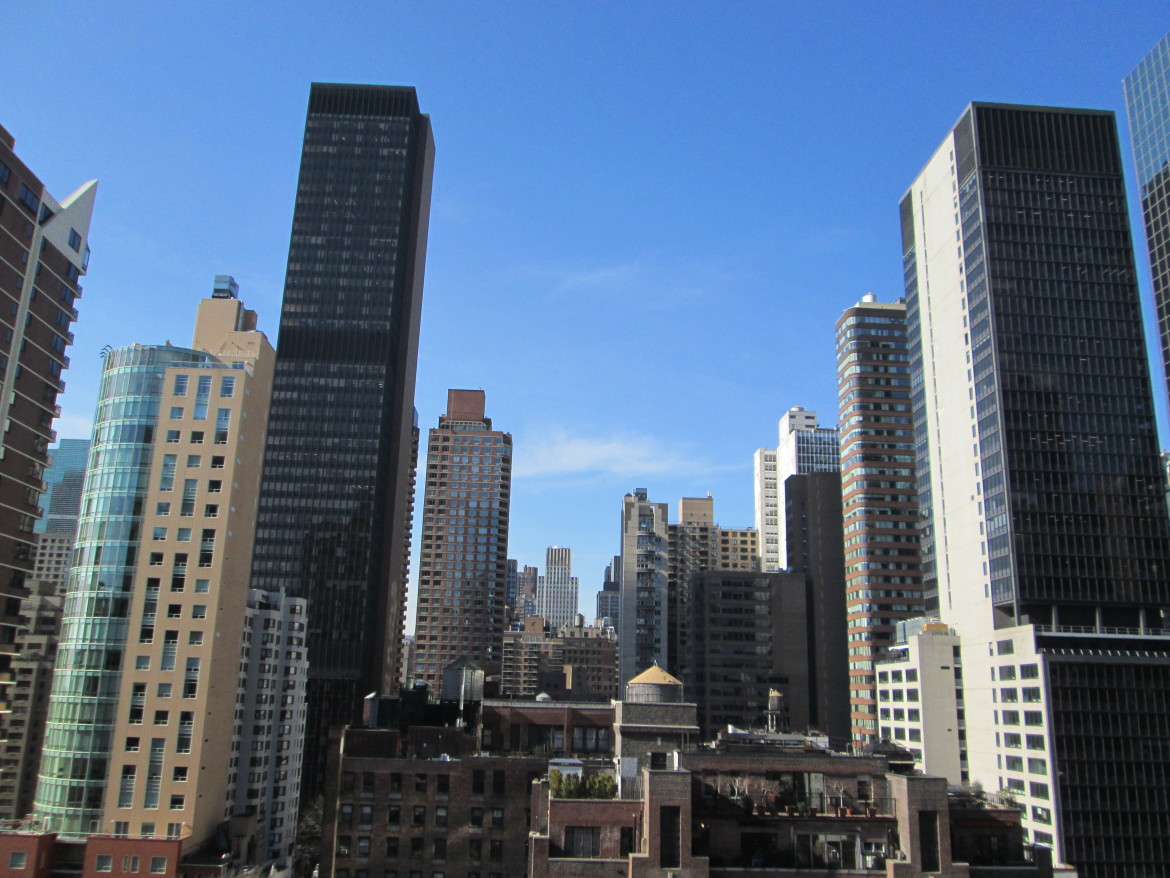 I did a lot of planning for my solo trip to New York City, wanting to ensure that I saw, did, experienced and ate as much as possible during my seven days there, but my biggest challenge by far was finding somewhere to stay. Accommodation in New York is inescapably expensive. Airbnb is often illegal in NYC, the few hostels I could find cost nearly as much as the hotels and had poor reviews, and hotel room prices were mostly eyewatering unless I wanted to stay in New Jersey. I wanted to be in the middle of the action for my first trip to the Big Apple, but I didn’t have a limitless budget. Then a friend recommended the sister hotel (Pod 39) of Pod 51 on East 51st Street. Both hotels looked great but I could get a slightly cheaper deal at Pod 51 at that time.

Pod 51 is well set up for solo travellers, offering single rooms. Hotel stays are often pricey when going alone as you end up paying for two in a double room. The rooms were small but cosy, offering a comfy single bed, sink, desk, wardobe and drawers, TV, iPod dock (which was a nice touch), free (and good) WiFi and enough space to stash a suitcase. The hotel does offer ensuite rooms, but I chose to take a room with a shared bathroom down the hall. This saved me several hundred pounds and is another brilliant feature of both Pod hotels. There were two bathrooms on my floor and in my room there were little lights above the door displaying which was vacant, so I could wake up and see whether a shower was free. The only time I had to wait was on my final morning; otherwise there were no queues, and the bathrooms were cleaned regularly. I would recommend choosing this option and saving yourself some dollars to spend on experiencing New York instead.

I also loved that Pod 51 has an arrangement with a local company to offer guests at both hotels free walking tours of New York City. There are several to choose from and I really enjoyed the tour I took on my first day in the city, taking in Greenwich Village, Soho and the High Line, led by a friendly and knowledgeable guide. These tours are also a great way to meet other travellers if you’re alone. I had read great things about the rooftop terrace at Pod 51 and I wasn’t disappointed. The hotel is right in the middle of Manhattan so you get a fantastic view of the buildings, with the sounds of the city surrounding you. I can only write positive things about Pod 51. Besides its valuable money-saving aspects and social opportunities, the hotel was warm and clean and the staff were friendly and helpful. Arriving in the evening after a long day of trans-Atlantic travelling, I also really appreciated the free glass of wine at Pop@Pod, the attached bar and restaurant, upon check-in. It was by far the most affordable option that I found in Manhattan, and I would recommend it for any solo traveller looking for somewhere central to stay in New York City. You can book direct for either hotel at the Pod website.