Why Gili Trawangan was a massive disappointment 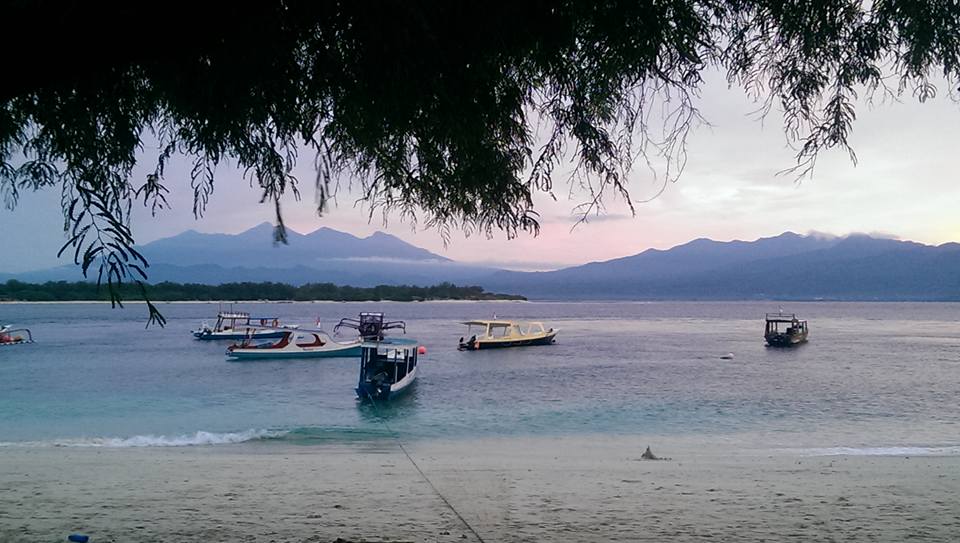 One of the many great things about travelling in the way that I do now is meeting other travellers, all at different stages in different types of journeys. In hostel kitchens and cheap bars you’ll share stories of where you’ve been and what you loved and what you didn’t, and from those conversations you might decide to visit a particular place (or not to!) when you reach that country. In the Philippines, I met several other solo travellers who told me I shouldn’t miss Gili Trawangan when I reached Indonesia. The Gilis sit just off Bali and there are three islands to chose from. Gili Trawangan – Gili T – I was told, was the place to be for solo travellers, because of its social atmosphere. Apparently Gili Air was full of couples, and Gili Meno was just too quiet.

With all of these glowing references behind it, from people who seemed to be on my level, after a week in Ubud and a brief hop over to Lombok, I took the boat over to Gili Trawangan to spend a few days by the beach.

My first impressions were that the island was stunning. White sand, turquoise sea, and the most beautiful sunsets I’ve encountered thus far. On my first night there, the atmosphere in my hostel was upbeat. A few of us sat around drinking Bintangs, chatting and playing cards, and then decided to go and check out the island’s party scene. Several different bars take it in turns to host the main event each night, and as soon as we’d stepped into that evening’s venue I realised that this wasn’t going to be my kind of place; terrible music, people packed in tightly together, a game of beer pong taking place in the middle of the dance floor, and several drunk tourists standing on top of the DJ booth, swaying in what they presumably thought was in time to the beat. The others in my group began buying shots and goldfish bowls of cheap concoctions, and I felt like I’d been transported back to my teenage underage drinking days (not times which I particularly wish to re-live!). I’d been expecting a more chilled-out vibe, but this was more akin to one of the European resorts frequented by groups of post-school, pre-university 18-year-olds.

Telling myself I was maybe just too old to appreciate this kind of thing any more, the next day I headed down to the sand, which had looked perfect from my viewpoint at a beachside restaurant the previous evening. On closer inspection, however, it was grimy. There was trash along the waters’ edge and a dip didn’t look particularly inviting. There was a small patch of beach just south of the harbour where the garbage situation wasn’t too bad and the water was clear and suitable for swimming, but I didn’t feel inclined to stay for hours like I had done in Port Barton. That day I ended up walking around the entire island – it’s only a couple of kilometres in circumference – and it was the same all over. Once again, the stormclouds rolling in over the deep blue sea from Lombok made for a beautiful sight, but up close it wasn’t too appealing a place to sit and enjoy the view. By day three, I was starting to become irritated by Gili T; by the grotty bathrooms, freezing cold dorms, and drinking games in my overpriced hostel, and by the gangs of local men who seemed to have nothing to do except to hang around the streets harassing female travellers. Some may say I should expect attention when I’m travelling around Asia alone, and I am now well used to people trying to sell me things, offer me transport, or ask me questions when I’m just trying to walk down the road, but this was on a more threatening level. As women we are conditioned to be “nice” – to not be rude – to smile and reply when someone speaks to us. But by now I’d had enough, so I walked on with my head down.

“Hey! Lady! Look at me!” came the response, when I failed to acknowledge the initial call.

Back home of course, I would have told him to fuck off, but out here, with his friends behind him, in a place where I wasn’t entirely sure anyone would come to help me if I needed it? I just carried on walking, knowing it would happen again on the way back, which it did.

I should say it wasn’t all terrible. On my final full day there I retreated to The Yoga Place, which was an absolute blessing. After a fantastic meditation class, and some healthy vegan food in the cafe there, I was feeling a lot more balanced, and simply looking forward to getting back to Bali.

So what was my lesson from my Gili T experience? I’m not sure; I guess it’s that you just can’t know whether what someone else loved will work for you. If you take recommendations from people whom you don’t really know, it’s a bit of a gamble. You live and learn and all that jazz.

What’s your lesson from reading this post? Go to Gili Air instead. 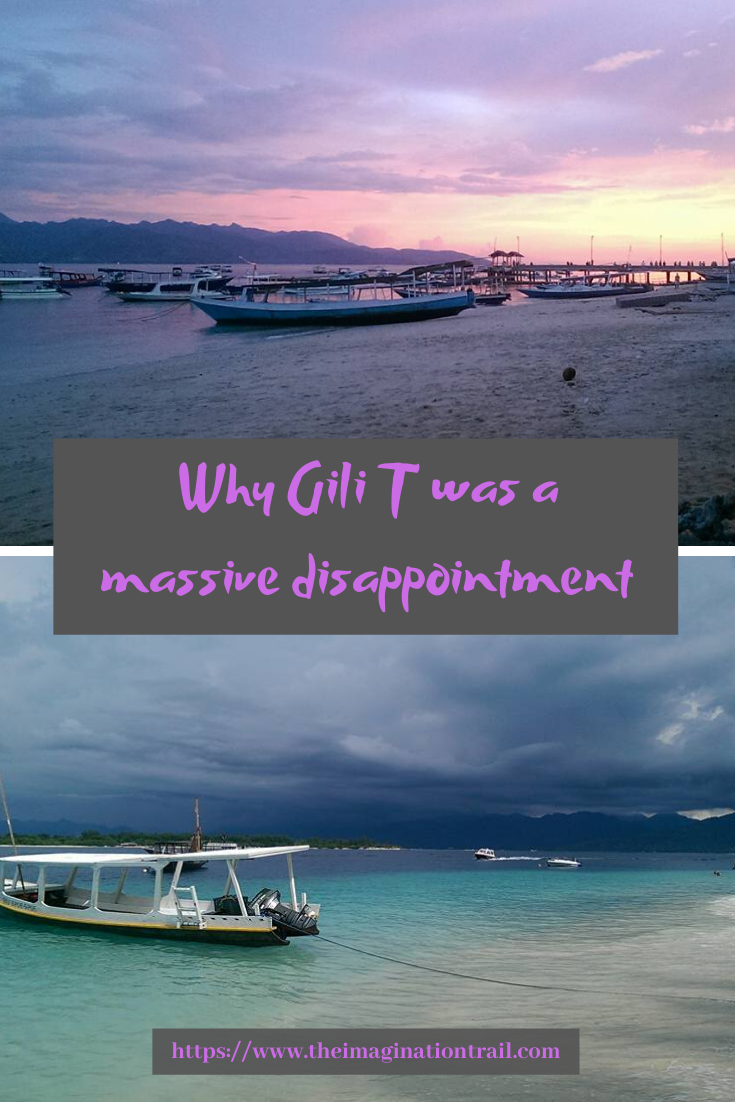