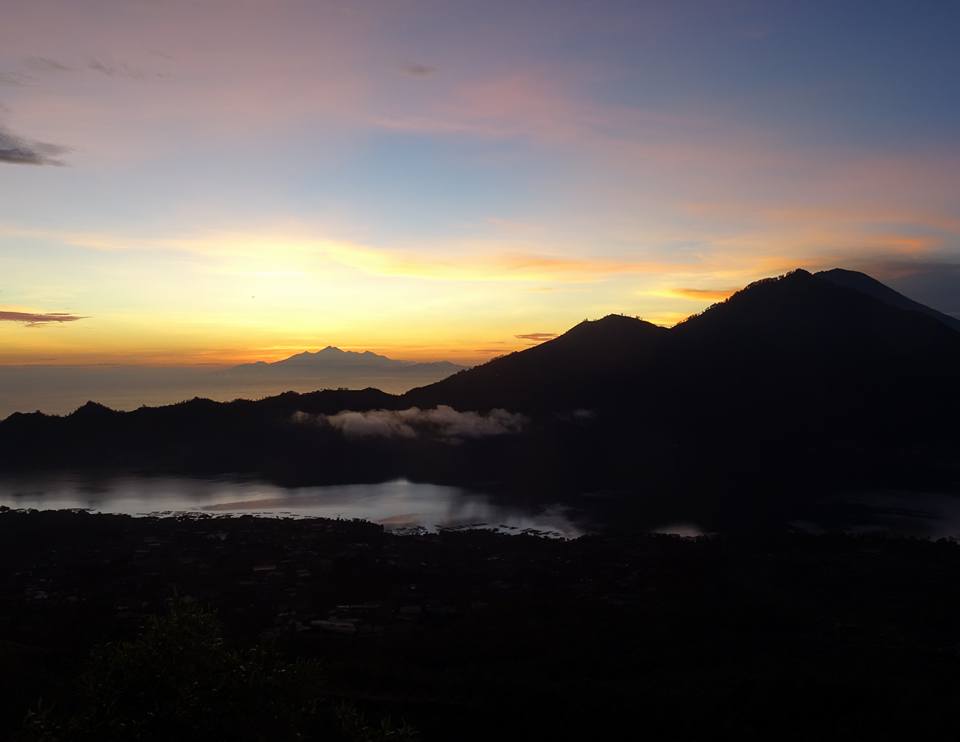 There are roughly 127 active volcanoes in Indonesia. I have four weeks, plus another couple of weeks later on in my trip. There’s no way I’m going to get round even a fraction of them, but on Day 2 in Bali I thought I had best make a start.

Bali’s not the place most think of when it comes to volcanoes, but it does have its share, with several active mountains on the island and various options for trekking. I chose a pre-dawn trek on Mount Batur, about 40km north of Ubud. You’ve got to really want to make this trek, as the pick-up time is around 2am. Many companies around Bali offer the trip; I went with Bali Eco Tours and would recommend them, as from my observations of the other groups on the mountain, I think we got a better deal.

I joined three other guests in a similarly sleepy haze for a dark drive towards the mountain. After a short stop for a small breakfast of coffee, bread and fruits to stock up on energy for the climb ahead (and to start to wake up!), we were handed over to a local guide who supplied us with drinking water and flashlights for the rocky trail.

It wasn’t the easiest of climbs. It was steep, loose rocks threatened to slip us up as we tried to get a purchase on the next step, and even though it was the early hours of the morning and still dark, it quickly became hot. The darkness was all-enveloping – it was impossible to see the terrain around us, and all that we could make out was a little line of torch lights snaking up the mountain path as various other groups joined us in the hike.

I think we’d been walking for an hour and a half when our guide suddenly turned us up a different path to the one that the people in front and behind were taking. A few minutes later we emerged at a ledge with a bench parked on the edge, empty save for a couple of other visitors. This would be our spot for watching the sunrise, and we sat down in the chilly pre-dawn air and put back on all of the layers that we had peeled off on the sweaty trek up. The large mugs of coffee that our guide brought over to us from a little hut behind were very welcome as we waited for the magic to happen.

And magical it was. First there were flashes of lightening over what would emerge as the peak of Agung, the other major active volcano on the island, before the sky quickly turned pink and then orange over Agung, Abang, and, far in the distance, the monster Rinjani on Lombok island. Four volcanoes for the price of one! Everyone was snapping away as the morning unfolded over the mountains, but there wasn’t much talking; there was an atmosphere of peace up there as we all appreciated the view we’d climbed so hard and quickly to catch.

On the way back down, our guides took us on some little detours to see one of Batur’s smaller craters, and various other points on the mountain where the active status of the volcano is very obvious; there was plenty of steam!

But something else happened on top of the volcano too. I wrote in my previous post about how I’d experienced various realisations in Ubud. One of these came to me as I was watching the sun rise at Batur; a sudden knowing, and understanding, that I still had many things to do, see and learn on this journey…and that I won’t be going home for a very long time. Up until now, there had been times when I’d wondered whether this trip was really the best idea and whether I really would stay away as long as I had planned; but that morning on the volcano, the feeling came to me that I was on the right path, and that I still had far to go to reach the end.