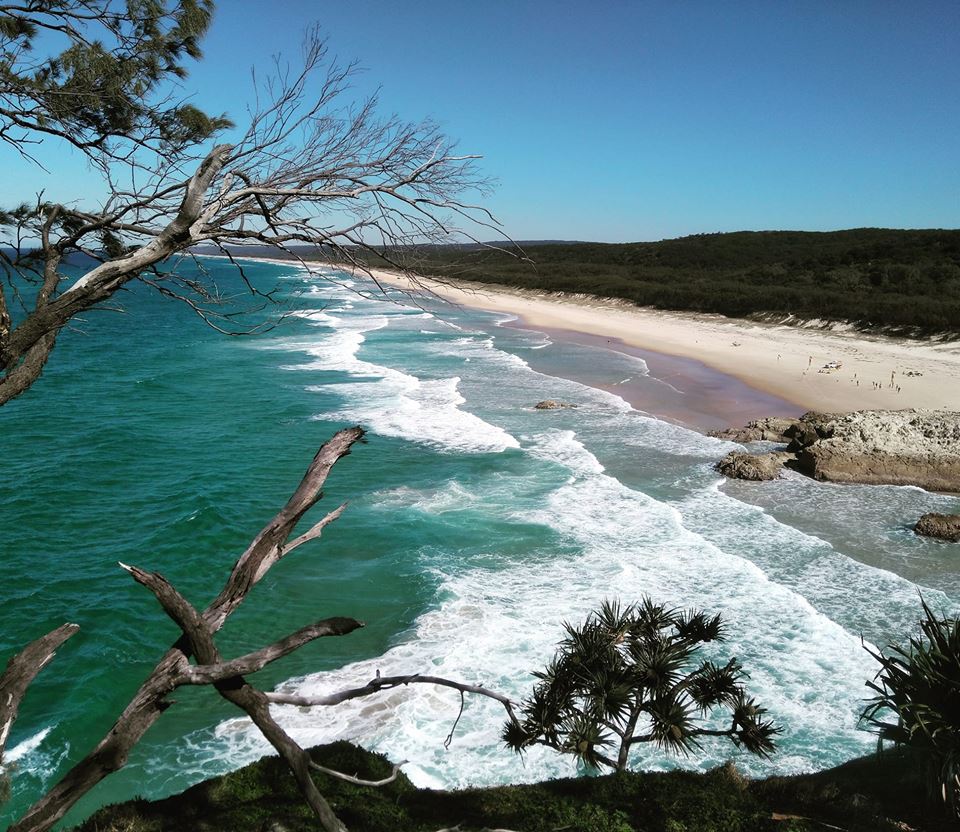 North Stradbroke Island – or “Straddie”, as it’s known by the locals – is a popular weekend getaway for Brisbanites, but it doesn’t tend to feature too frequently on the typical traveller’s Australian East Coast itinerary. During my time residing in Brisbane I visited the island several times, and found that, whilst it may not be as famous on the tourist and backpacker scenes as its more northerly cousins Fraser and Magnetic Islands, it has plenty to offer to visitors, and is most definitely worth a stop.

Stradbroke Island (I will drop the “North” for this post, as the island is more commonly known simply as “Stradbroke”) is very easy to reach from Brisbane; both foot passenger and car ferries depart from Cleveland, an outer suburb of the city next to Raby Bay. The route is very well set up for people travelling via public transport; a free shuttle bus meets each train arriving at Cleveland Station from central Brisbane to take passengers the short distance to the foot passenger ferry, and to take arriving passengers back to the station. After a pleasant twenty-minute trip across the bay, the island bus will be waiting to take you onwards to your destination (do be aware that this is operated by a private company, so you will not be able to use your Go Card – the travel card used on public transport elsewhere in Brisbane, the Sunshine Coast and the Gold Coast – meaning that you’ll need to take cash for your bus fare). 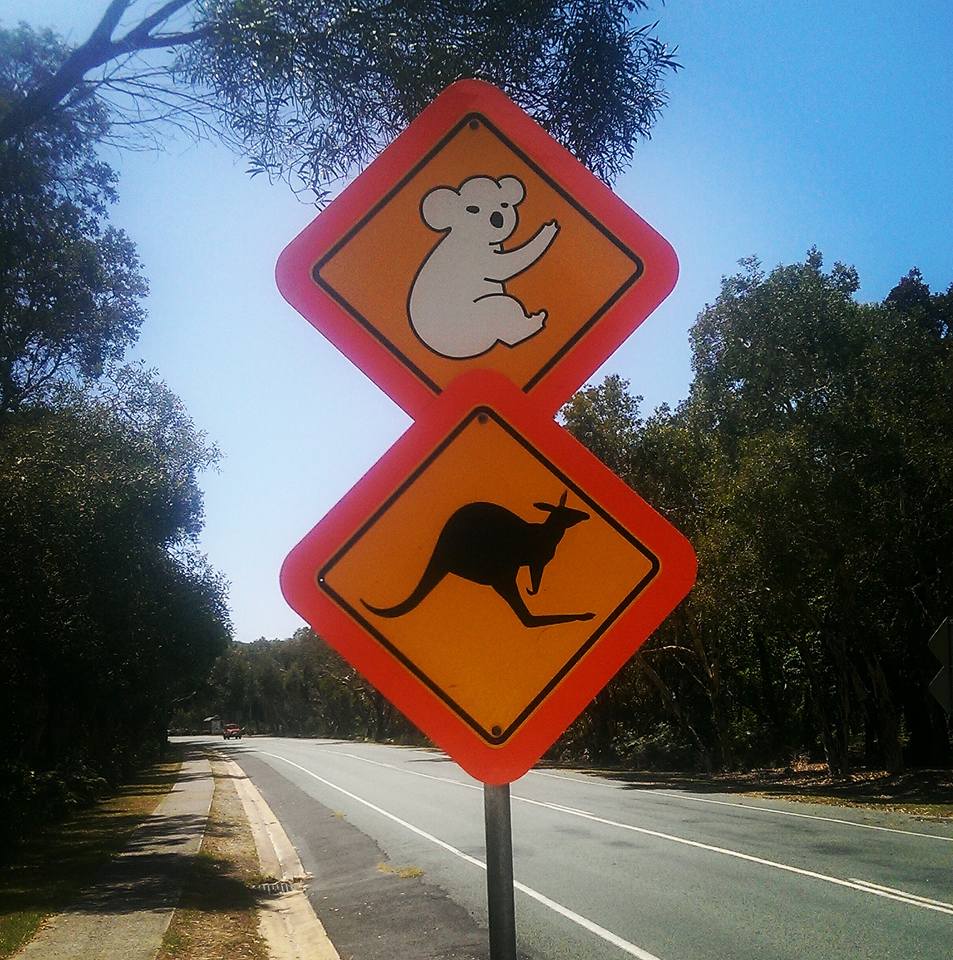 There aren’t a huge amount of accommodation options on Stradbroke Island. Most visitors choose to camp. There also aren’t many shopping opportunities, with no major supermarkets and only a couple of bottle-shops on the island, so it’s best to stock up in Brisbane before catching the ferry. There is only one hostel, a YHA also known as Manta Lodge, but it’s a lovely, cosy one and it was where I always stayed. There’s a bus stop right outside, it’s pretty much on the beach, and it’s also the first place that I ever spotted a koala in the wild – it was just hanging out in a tree outside the kitchen!

On the subject of wildlife, Stradbroke Island is full of it. It’s considered to be one of the best land-based whale-watching spots in the world during the June to November migration season; I was lucky enough to see a few in the distance along the North Gorge Walk at Point Lookout. This is the ideal spot to look for other ocean-dwelling creatures too, at any time of year; on my first visit one December, I saw manta rays and a whole pod of dolphins right by the rocky shore. If it’s a kangaroo sighting that you’re after, simply take a stroll at dawn or dusk and you’re likely to spot them somewhere grassy (even in someone’s front garden!). 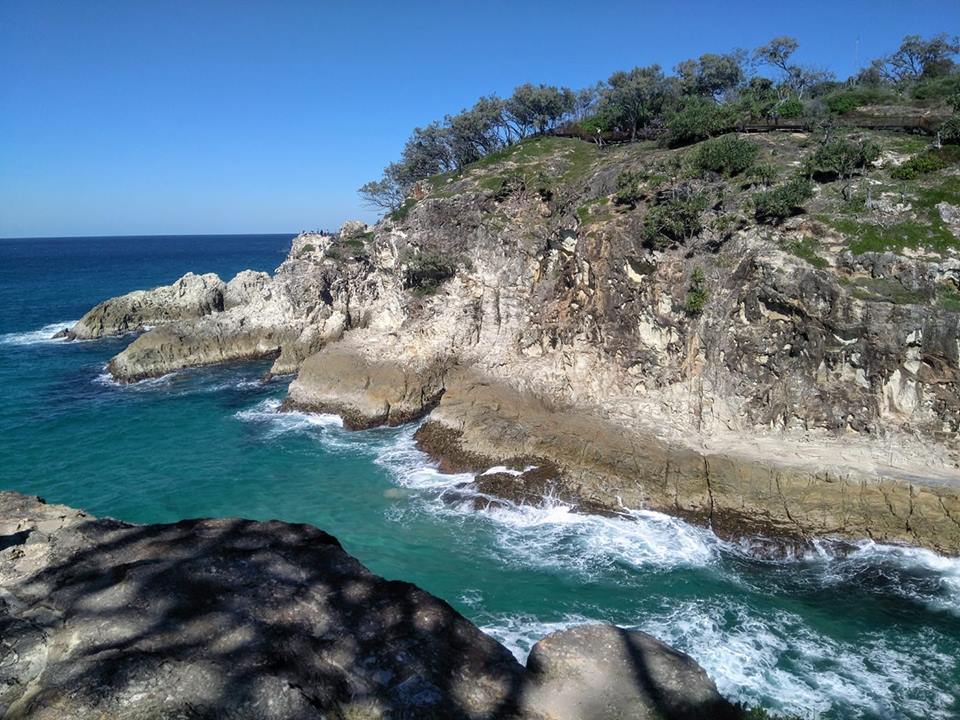 I don’t dive, but I’m told by those who do that Stradbroke Island has some unmissable scuba-diving sites where you can spot turtles, nurse sharks, dolphins, manta rays (during the summer) and of course, the whales during the right time of year; when I visited during this season a diver told me that they’d even heard whalesong whilst under the water. The aforementioned YHA hostel (Manta Lodge) doubles as a dive facility/school, so this is the place to book your diving if this is your thing.

If you’re a fan of the beach life, you’ll find plenty of opportunities for that here too. If you’re a hardy Brit (or European, or Canadian, or from a similarly cool climate!) like me, you’ll be happy sunbathing by the bright blue ocean even in the depths of winter (a bonus point being you’ll quite likely have the whole beach to yourself!), and even in the summer months the picture-perfect stretches of sand aren’t too busy. 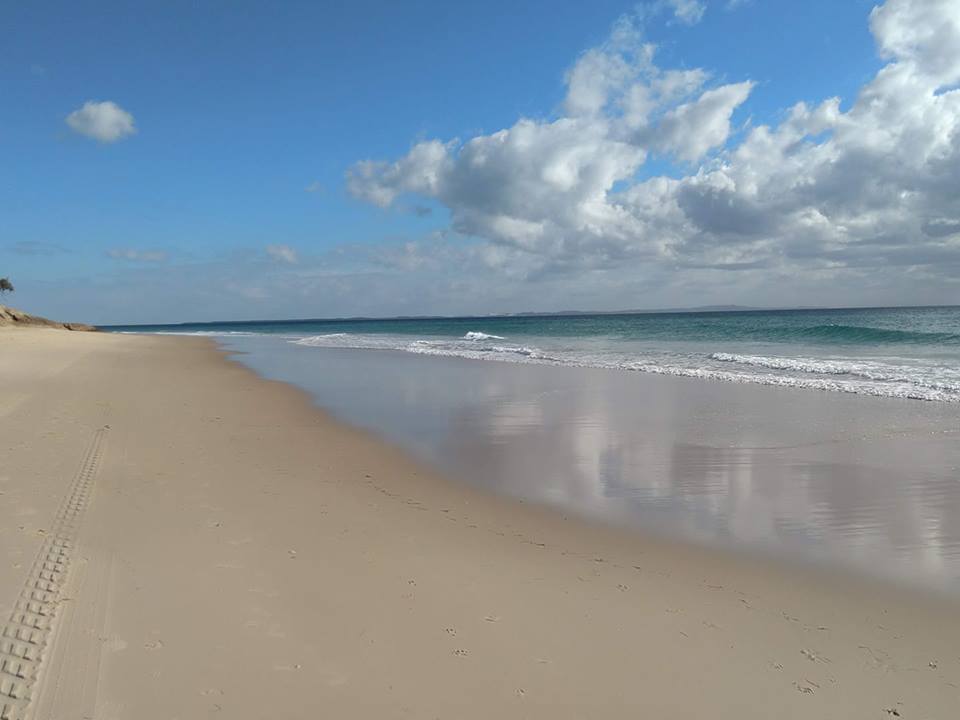 If you’re looking to escape the city for a couple of days, Stradbroke Island is the perfect spot; devoid of the high-rises of the Gold Coast and the crowds of the Sunshine Coast, it’s a place where you can simply sit back and enjoy some island life. If you’re spending any time in the Brisbane area on your travels, I’d highly recommend slotting Straddie into your itinerary; I doubt you’ll regret it.