In search of koalas: Townsville and Magnetic Island 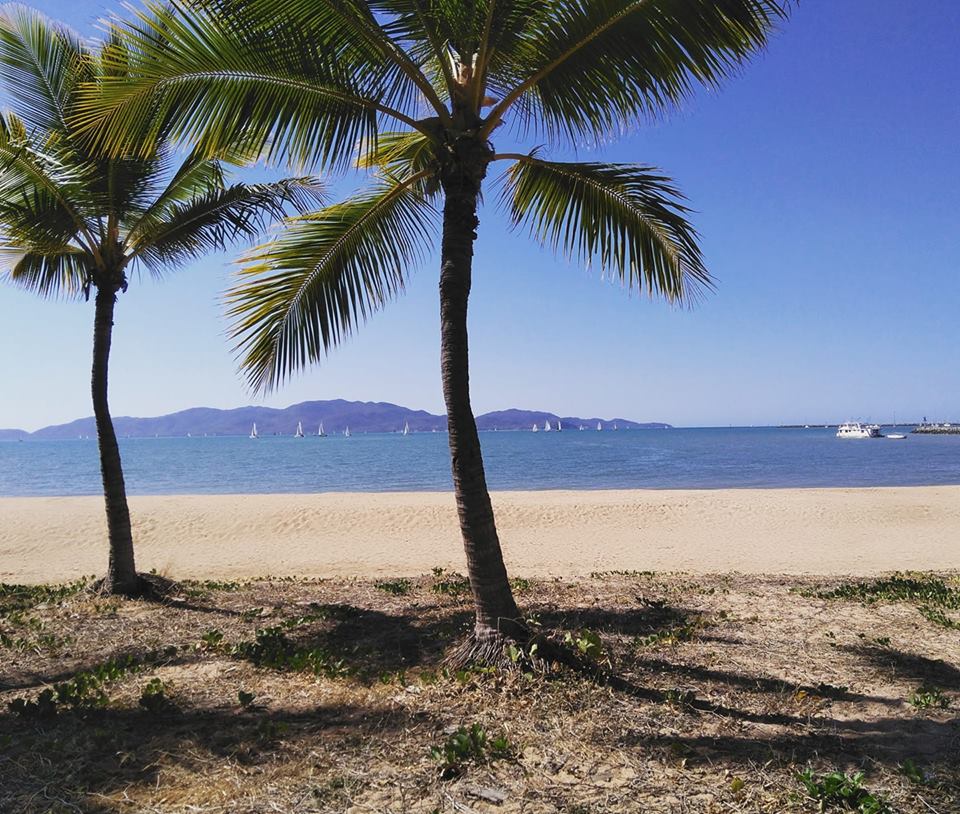 I was never intending to stop off in Townsville. I was running out of time before my Working Holiday Visa expired and I had to leave Australia, and I was keen to get to Cairns and explore the rainforest and reef areas up there. However, when I looked up the Greyhound buses from Airlie Beach to Cairns and found that the only direct buses ran overnight, I decided to insert an unplanned stopover into my route. I recalled a family friend who had backpacked Australia many years ago telling me that I mustn’t miss Magnetic Island. Doing a little bit of research and finding that the island was known for its large wild koala population, I decided that a brief stop in Townsville for a day trip to Magnetic Island (and some sensible bus journey times heading north) was the way forwards.

Leaving Airlie Beach first thing, it was a four hour journey through sugar cane farming land, and plenty of place names that I recognised from my hunt for rural work the previous year, before winding into Townsville just before lunchtime.

My initial, and ongoing, impression of Townsville was that it was a weird city. I can’t quite put my finger on why, but the streets had a strange feel to them, and the hostel that I was staying in was odd, with an owner who would hover over people as they made food in the kitchen, reminding them to clear up afterwards, and who switched the WiFi off for a couple of hours every evening in a bid to make guests talk to each other like in the “good old days” of backpacking (obviously this didn’t work – everyone just used their mobile data or watched television. In any case, I find it hard to believe that in the “good old days” before smartphones that everyone didn’t just bury their heads in their Lonely Planet travel guides or their travel journal instead). That’s not to say that I disliked Townsville; weirdness isn’t necessarily a bad attribute, and the city reminded me of Darwin with its sticky-hot tropical climate, and rough and noisy vibe at night, which appeals to me. I just wouldn’t look to stay there much longer than I did. Magnetic Island appears to be the main attraction in the area. I only had half a day to spend in the city itself, which was plenty of time to wander along the esplanade lined with palm trees and with lovely views of the bright blue bay out towards Magnetic Island. I had expected the water here to be off-bounds, but there were several sections along the way open for swimming, with the familiar red and yellow flags.

At the top end of The Strand, I climbed to the top of Kissing Point Fort for a view of the city and the red hills behind it. Had I had a full day in Townsville itself, I would have liked to visit the Museum of Tropical Queensland, but beyond that I don’t think there is much more to see. 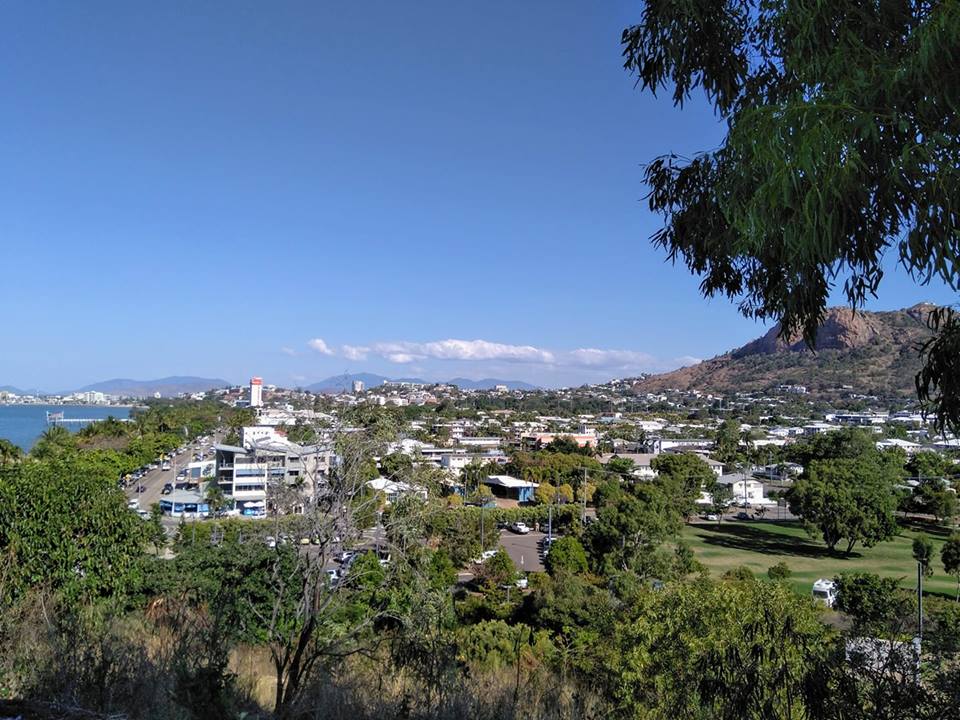 I set out early the next morning to make the most of my one day on Magnetic Island; I wanted to get there before the sun got too hot and the koalas might be harder to spot as they sought shade. Sealink run frequent foot passenger ferries throughout the day, taking around 20 minutes to sail from the Breakwater Ferry Terminal in Townsville to Nelly Bay on Magnetic Island. Once on the island, many visitors decide to hire a car, with the topless pink convertibles that you may have seen in photographs from the island being seemingly the most popular option. This definitely looked fun, but with my lack of driving experience I thought it safer to go with the Sunbus, a public bus service connecting the various spots of interest across the island.

The island’s traditional name is Yenbenun, but it’s only really known as Magnetic Island (or Maggie to the locals). The English name comes from – yes, you guessed it – that voyage of Captain Cook’s again. Apparently the island had a strange effect on his compass, and so he decided it was magnetic. No one has ever been able to replicate this or work out what was happening, but I did say that Townsville had a weird feel to it, so who knows what’s going on out there!

I started my day by taking the Sunbus over to the start of the Forts Walk, which is apparently the best place on the island for spotting some members of Maggie’s sizeable koala population. After locating the right entrance to the trail and setting off up a track above Horseshoe Bay lined with eucalyptus frees, my luck was in and it wasn’t long until I found one just chilling in his or her tree. This was only my second sighting of a koala in the wild (my first being some time ago on Stradbroke Island during my first few months in Australia), and after snapping a few pictures I just stood there watching it for ages – they really are cute and unusual-looking! 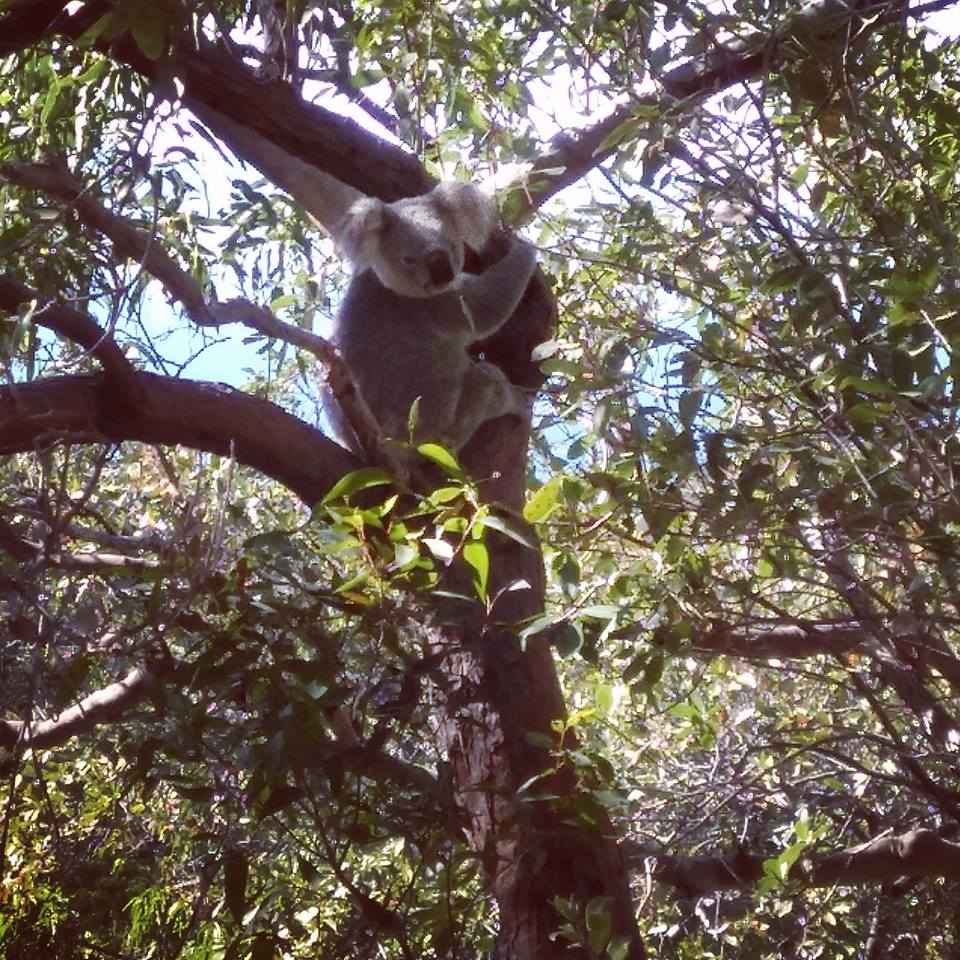 It was a good idea to spend a good bit of time admiring this one, because it turned out to be the only one that I saw anywhere along the walk! As with any wild animal, there’s always an element of chance when it comes to sightings, however populous they are. As I continued on my way, every other walker that I encountered asked me if I’d found any koalas. I pointed them in the direction of my discovery, but who knows whether they managed to see mine in the end; it seemed that I may have gotten very lucky!

The hike itself was enjoyable anyway, even without the presence of koalas. As the name of the walk suggests, there are some World War Two fortifications to see here. The northern parts of Australia were under very real risk of attack from Japan during this war, and, whilst everyone knows of the devastating bombing of Darwin, I learnt here that Townsville in fact did also suffer several air raids too (although luckily there were no casualties from these). There were some beautiful views over the bay from the higher parts of the fort, but the climb was hot and steep; it was hard to imagine doing that trek in military clothing and carrying equipment. 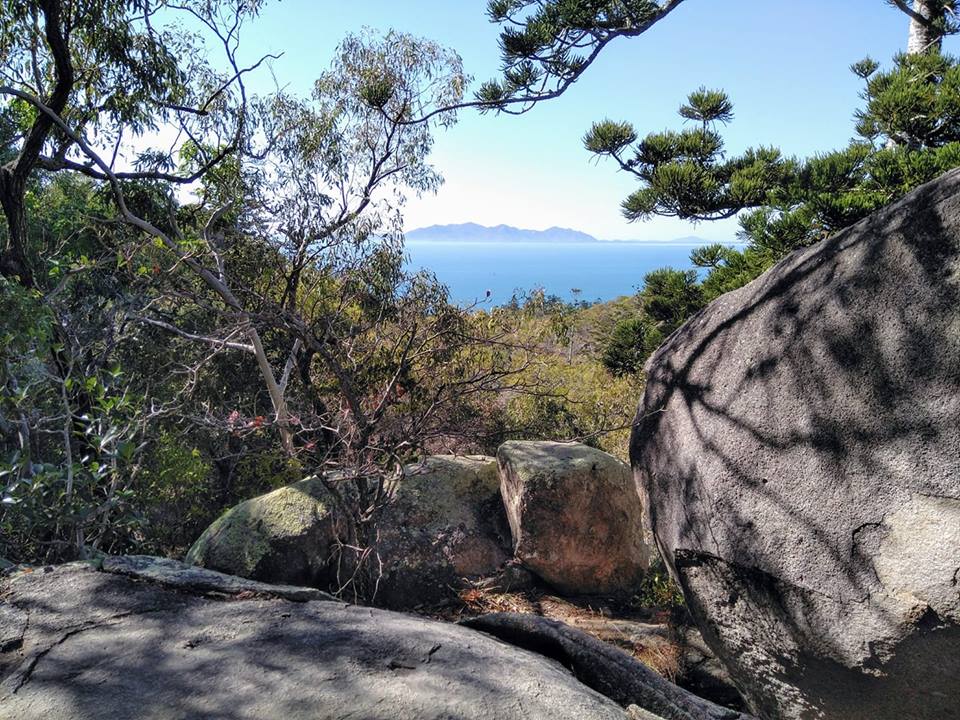 I spent the rest of my day exploring various beaches around that side of the island. Some were right there on the bus route and fairly busy, whilst others were found at the end of a trail (it’s worth picking up a paper map from the ferry terminal or tourist office rather than relying on phone signal) and thus much quieter. It was a weekend and there seemed to be plenty of locals out enjoying the island as well as tourists; it would certainly be an idyllic spot to spend a day off if you lived nearby. 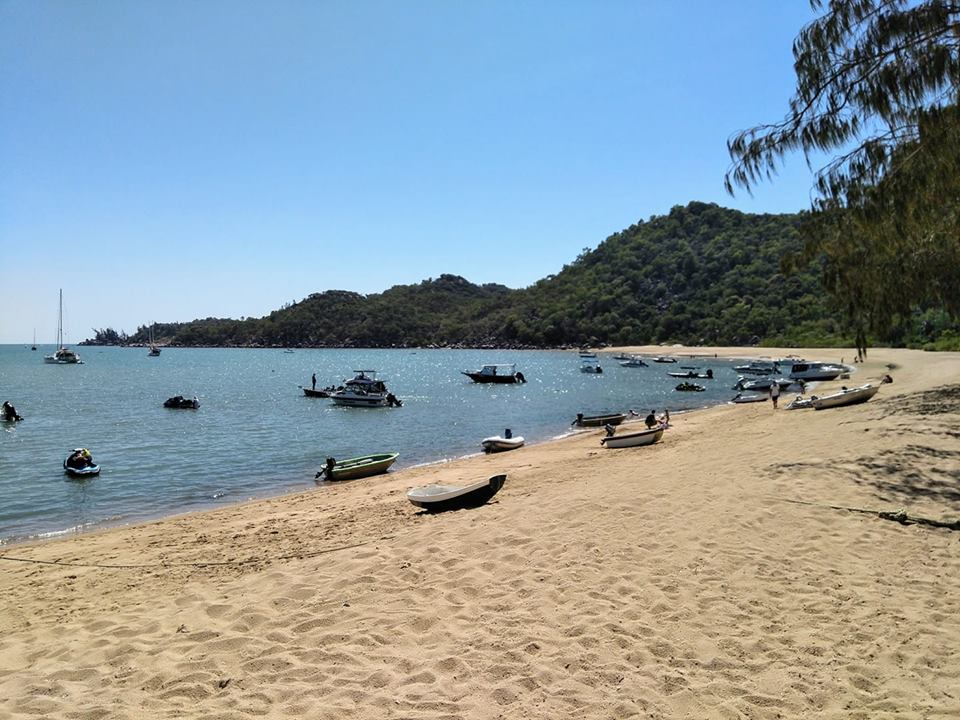 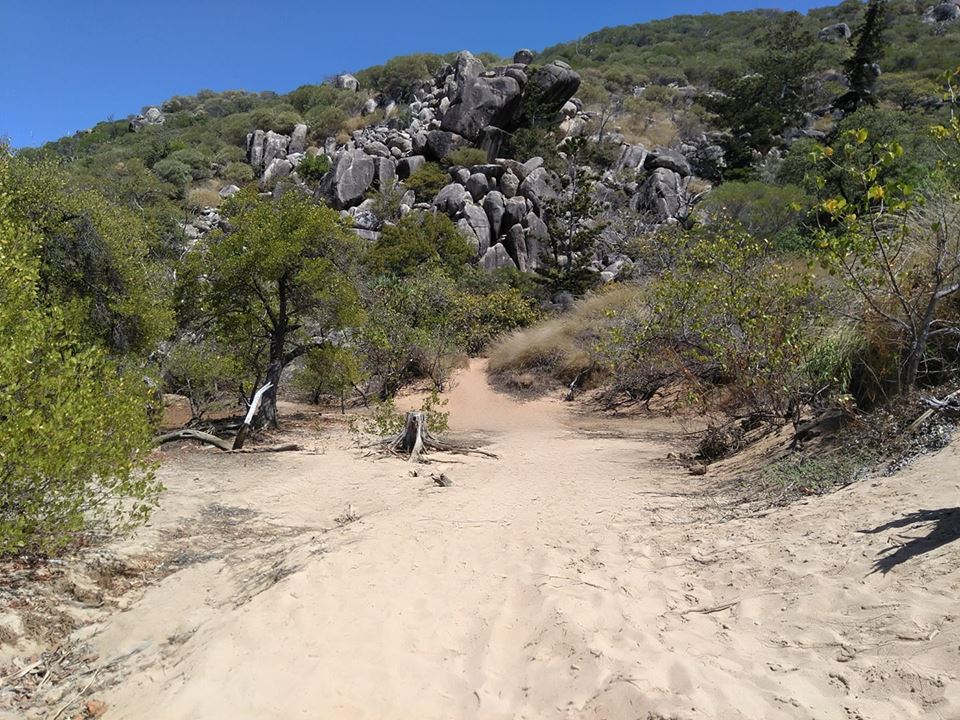 I would have liked to have stayed overnight on Magnetic Island, particularly to try to see the island’s rock wallabies when they came out at dusk, but time simply didn’t allow it. Even so, I enjoyed my day trip and was happy to have made another wild koala spotting. Townsville and Magnetic Island turned out to be a worthwhile stopover to break up the journey north to the final part of my Queensland trip. 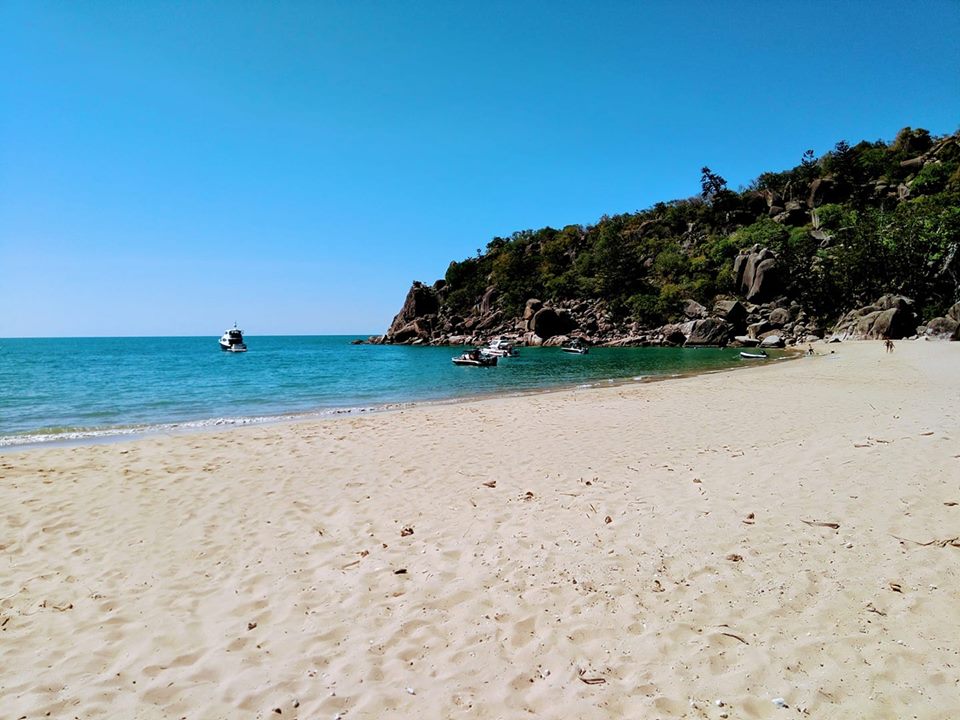 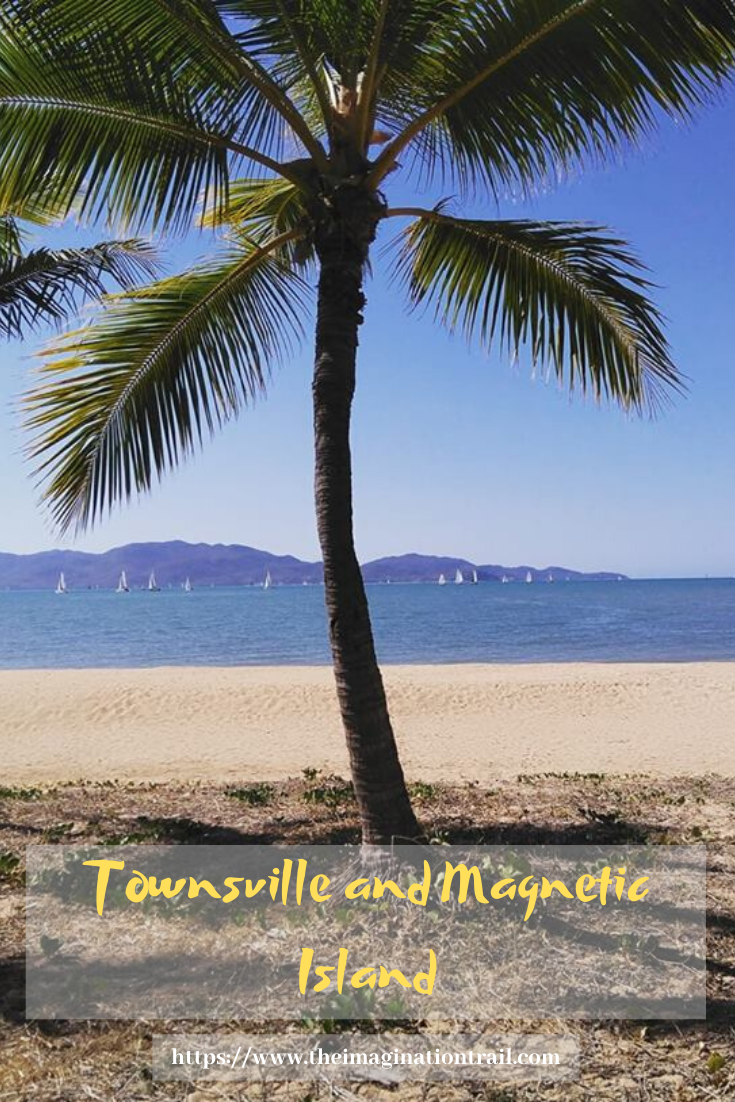