Getting to know New Zealand: a visit to Wellington 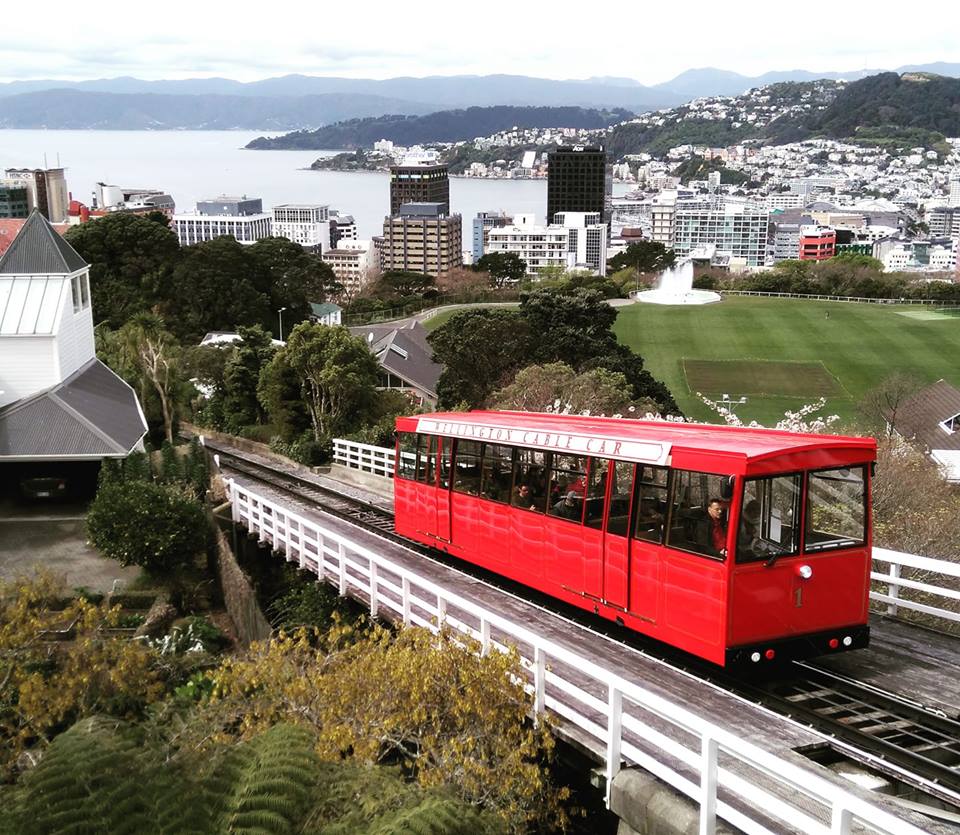 I wasn’t sure what to expect from Wellington, New Zealand’s capital city; all I knew prior to arriving was that it was very windy (this definitely turned out to be true!). Sitting right at the bottom of the North Island, it was a six-or-so hour journey on the Intercity bus from Taupo, my final stop on my volcano-hunting adventures (via some pretty spectacular views of Mount Ngauruhoe, aka Mount Doom for the Lord of the Rings fans, speeding past the window as we wound our way south out of the Tongariro National Park). As the departure and arrival point for the ferries going to and from the South Island, a lot of the other travellers whom I met (at the YHA Wellington hostel which deserves a special mention for having fantastic kitchen facilities and lovely, brightly-coloured, home-y plates and bowls) seemed to be just passing through Wellington, but during my two days there I found it to be a great place for learning about the history and the cultures of the country, something which I always like to do on my trips. Here are some of my favourite spots in the city for getting to know New Zealand.

Te Papa
Te Papa Tongarewa Museum of New Zealand is the country’s national museum, sitting on the waterfront in Wellington. It’s open every day and is free to enter, so it’s accessible to anyone who wants to learn about the history of New Zealand. The mixture of permanent and special exhibitions cover a huge range of themes, including Māori culture and significant persons, geology, wildlife, war and women’s suffrage (at the time of my visit, New Zealand was celebrating the 125th anniversary of being the first country in the world to give women the vote). You can easily spend a whole morning or afternoon in here, and I would suggest that Te Papa is an essential stop on any Wellington visit. 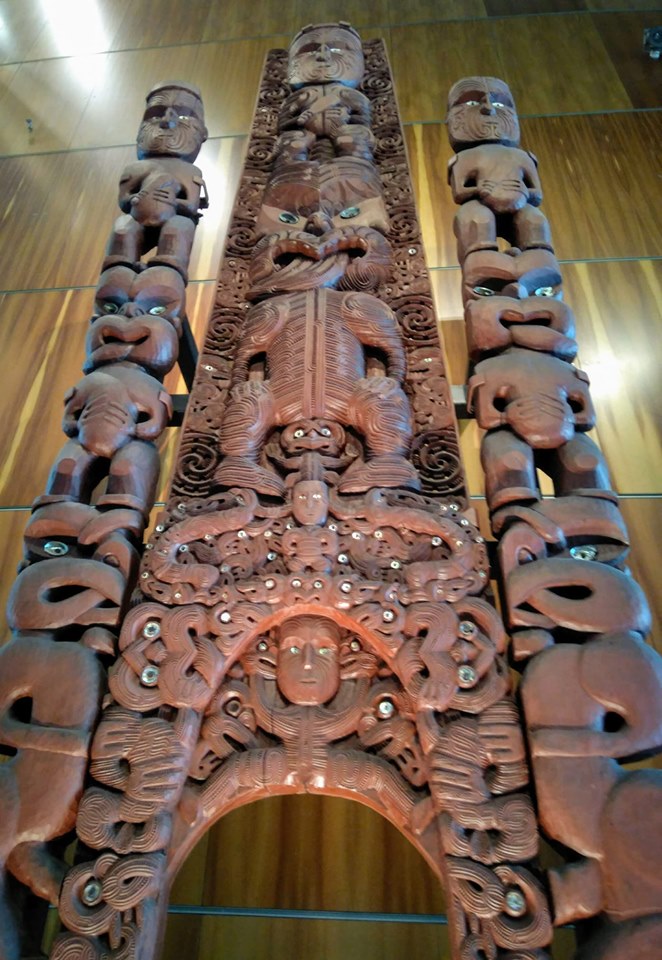 The Treaty of Waitangi at the National Library
The Treaty of Waitangi is the agreement signed between a number of Māori rangatira (chiefs) and the British Crown on 6 February 1840, setting out how the colonisers and the Māori would live side by side. It is considered to be the “founding document” of New Zealand and while it does not today have any legislative power in the way that a written constitution would, the significance of the Treaty continues to be recognised by the government. New Zealanders know and understand the Treaty (I recall several years ago when I was looking at jobs in New Zealand that all of the Person Specifications for the roles that I found stated that an understanding of the Treaty was an essential criterion) and there have been successful land and resource claims made under the terms of the Treaty. There were several original copies made at the time of signing, and one of them is actually on display at the National Library in the centre of the city. Again, it’s free to enter, and it’s fascinating to be able to get a glimpse at some of the original pages written in both Māori and English.

The Parliament of New Zealand
Parliament of New Zealand Pāremata Aotearoa offers multiple daily free tours to the public, welcoming both New Zealanders and foreign visitors into the building and specifically stating that they want everyone to see what goes on there. Hailing from a country which has not been too hot on political transparency, honesty or integrity in recent years, I found this openness very refreshing. Parliament was not in session on the afternoon that I visited, so we were able to go into the Chambers and the Select Committee rooms, as well as other areas such as the Banquet Hall (used for official events) and the Parliamentary Library. Our knowledgeable guide was friendly and happy to answer questions, and it was interesting to learn how government works in New Zealand; this is an insight that you don’t always manage to get when visiting a new country, and so I would highly recommend joining one of these tours when you’re in Wellington. 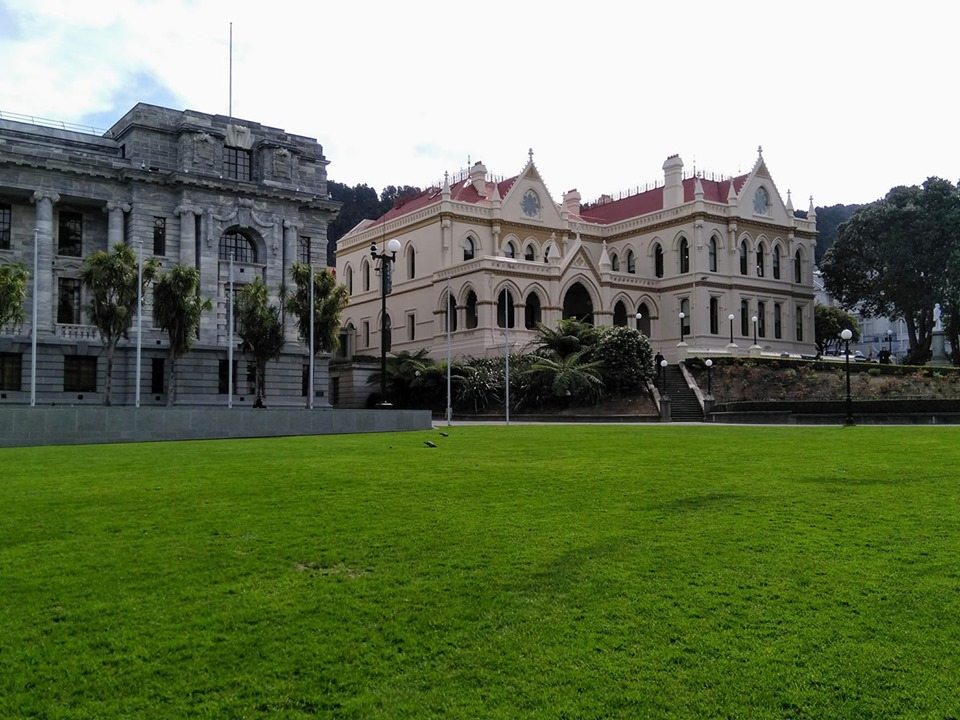 Another fascinating part of this visit is being able to go down and see the Base Isolators; the bearings which sit under the building and absorb much of the shock from an earthquake, hopefully protecting the building itself from swaying and suffering damage. You can go into a basement area at Te Papa to see these too. 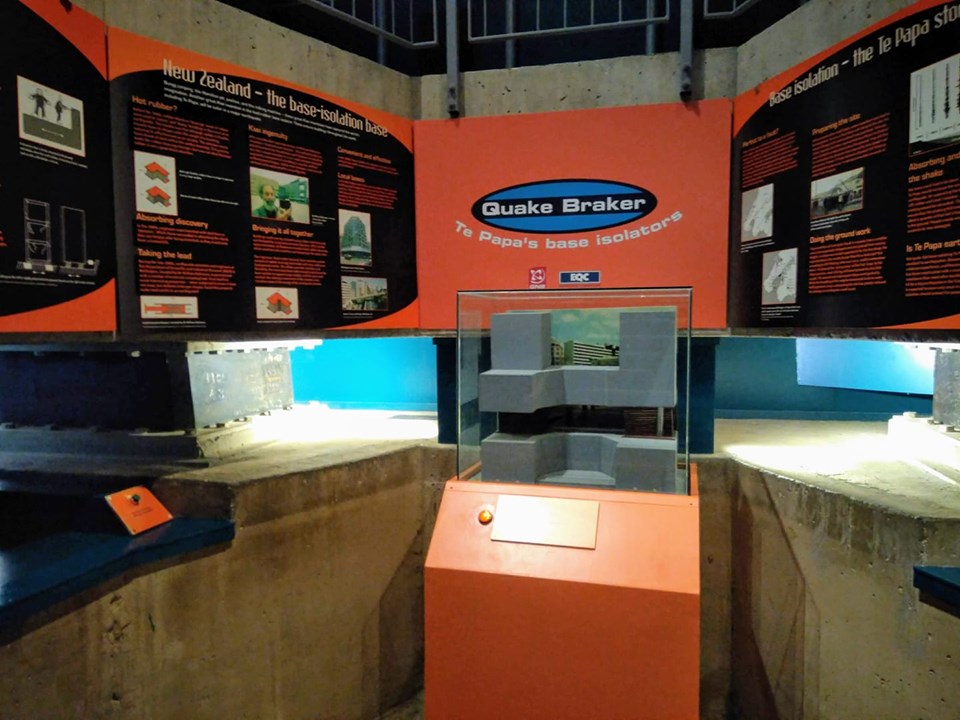 The Base Isolators at Te Papa

And when you’re ready for some fresh air…
…there are plenty of opportunities to get outdoors in Wellington too. I enjoyed walking around the waterfront, climbing Mount Victoria for a (windy!) view over the city, and riding the famous red Wellington Cable Car funicular railway. 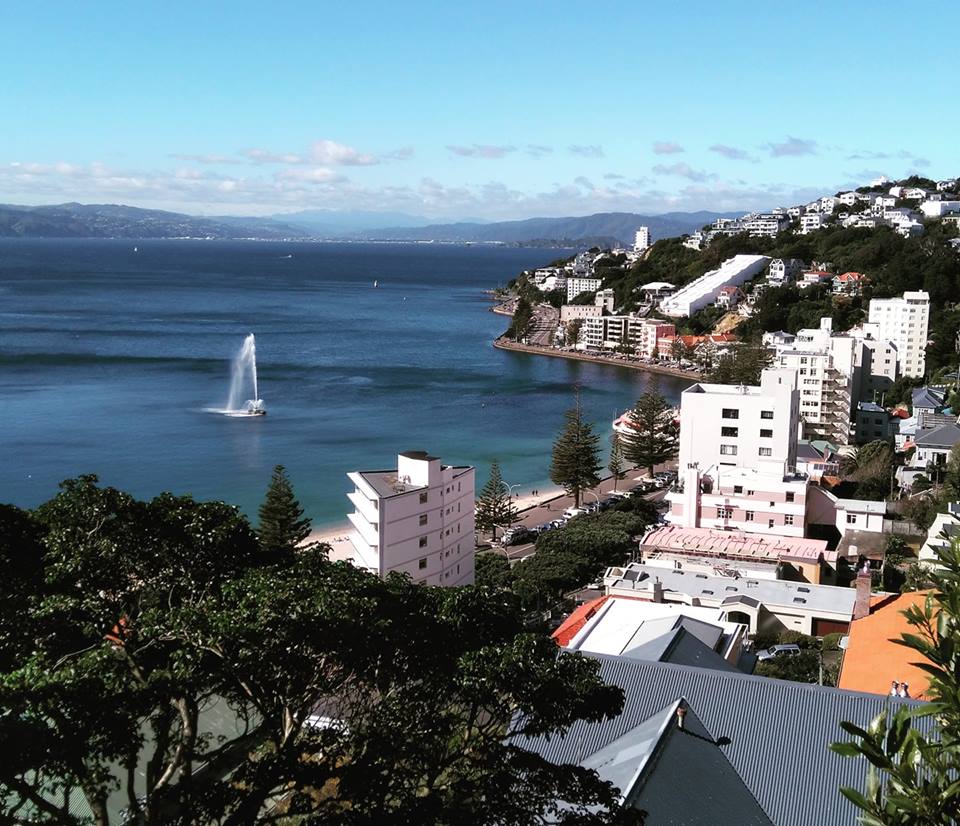 The view from atop Mt Victoria

I felt that I left the city with a much better understanding of the history of New Zealand, and of how the country as it is today operates. Whilst the main draw of New Zealand for many is its stunning scenery, if you’re interested in learning about the places that you visit, I would strongly suggest that you make some time for at least a brief stop in Wellington along the way.