Puerto Princesa: the first time I feel out of my depth 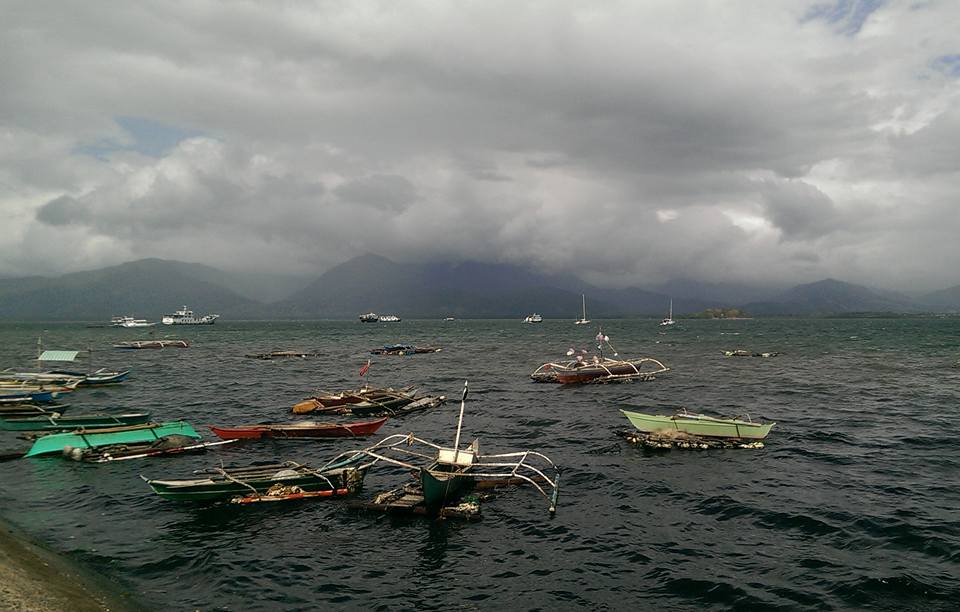 I’ve debated with myself over whether to write this post. How will this make me look? I asked myself, when there are other travel bloggers writing about navigating their way through more difficult countries. But after just a few weeks of travelling I’m already starting to care less what judgements people make of me, and to accept whatever is occurring in the current moment, positive or negative (that mindfulness I’ve been trying to practise successfully for the past year is finally starting to make sense in a practical context). And you’re reading this because you’re interested in what I’m doing, for whatever reason, and if you are giving up some of your precious time to read my blog posts, I don’t want to waste it with something that isn’t meaningful, or to gloss over aspects of my journey. So here it is.

My flight from Japan to the Philippines landed in Manila, where I was staying overnight before flying onto Puerto Princesa to begin exploring the island of Palawan the next day. I was initially cursing the city as we crawled painfully through traffic like nothing I have ever encountered before – guys were walking up and down between the lanes and hopping on buses selling water and snacks! – and then decided I loved it after all once I’d reached my hostel, had a shower, and enjoyed ridiculously cheap BBQ pork and rice and beer at a buzzing night market with live music, but one night isn’t enough to judge a place and so I’ll write about Manila once I’ve returned to see it properly at the end of the Philippines portion of my trip.

It’s a one-hour trip by plane from Manila to Puerto Princesa (although the Philippines is an island nation, the seas are in many places too dangerous for boat crossings, so much of the “hopping” between the main islands is in fact done by air). I had a room booked for three nights, thinking I would break up all the travelling I was doing before making the long journey by road up north to the beaches of El Nido.

The Palawan version of a taxi is a trike; a motorbike with a kind of car body fitted over it for carrying passengers. One of these took me the short distance to my hostel, and the five-minute ride was enthralling – holding onto the side of the trike frame, the wind blowing in my face along with the smells of the road and the stalls cooking food as we zoomed past, overtaking bikes and weaving around pedestrians. I couldn’t wait to explore.

I got settled into my room and then headed out to walk around the city. I thought I was dressed to blend in; black tank-top, black calf-length harem pants, sandals, regular handbag – but as soon as I turned the corner onto the main road, I was suddenly, almost magically, the centre of attention.

It seemed like every vehicle was beeping at me as they went past, and voices called to me from the road. People stopped conversations with their friends to stare as I walked past. A group of children ran out of a house and along the length of a fence on the other side of the street, shouting – it took me a few seconds to realise they were waving and screeching at me. “You’re so beautiful” smiled a woman passing me, carrying her shopping bags. I tried to focus on finding my way to Rizal Avenue, the main thoroughfare of the city, but there was very little by way of pavement to walk on, and no way to cross the road except to just walk out in front of the traffic. This was the most intense experience of my travels to date, and once back in my room I wondered whether this was how it was going to be from now on…and if so, how was I going to handle it?

Yet something I’m starting to discover on this trip is that it’s amazing how quickly we can adapt to new environments. After one night’s sleep, albeit a disturbed one – I was yet to get used to the roosters that seem to be everywhere on this island – I found myself seeing things in a different light. Yes, most of the vehicles were beeping, but that’s because they were often a trike offering a lift – the calls from the road were “tricycle, ma’am?” – or if they weren’t, it was mostly just because traffic in the Philippines beeps a lot at each other. It didn’t hurt to give a wave to some kids and watch them dissolve into giggles and run away, and people wanting to know where I was from or offering compliments were just interested, Yes, it was kind of hard work to have to engage with nearly everyone when I was just trying to go to the shop for some water, but I didn’t feel threatened or unsafe. It was just different.

As I came to the realisation that I was adapting, I also came to the conclusion that I may well be out of my depth, but that’s OK. In fact, that’s a good thing as we go through life. Who wants to be the person splashing around in the shallows, when everyone else is having a more interesting time swimming and diving in the deep end? That moment when you can’t feel the bottom with your foot any longer and you’re forced to tread water can be a scary one, but it’s also thrilling, and you have no choice but to become a stronger swimmer, there and then.

So having mulled all of this over, I’ve decided that I am happy to admit that I felt out of my depth in Puerto Princesa. There are others out there who are maybe taller than me or better swimmers than me, who would have tip-toed or butterfly-stroked their way right through it, but that doesn’t matter. I took on the challenge of keeping my head above the water and succeeded, and this won’t be the last time I have to do that on my travels.