Why you should go to Transylvania 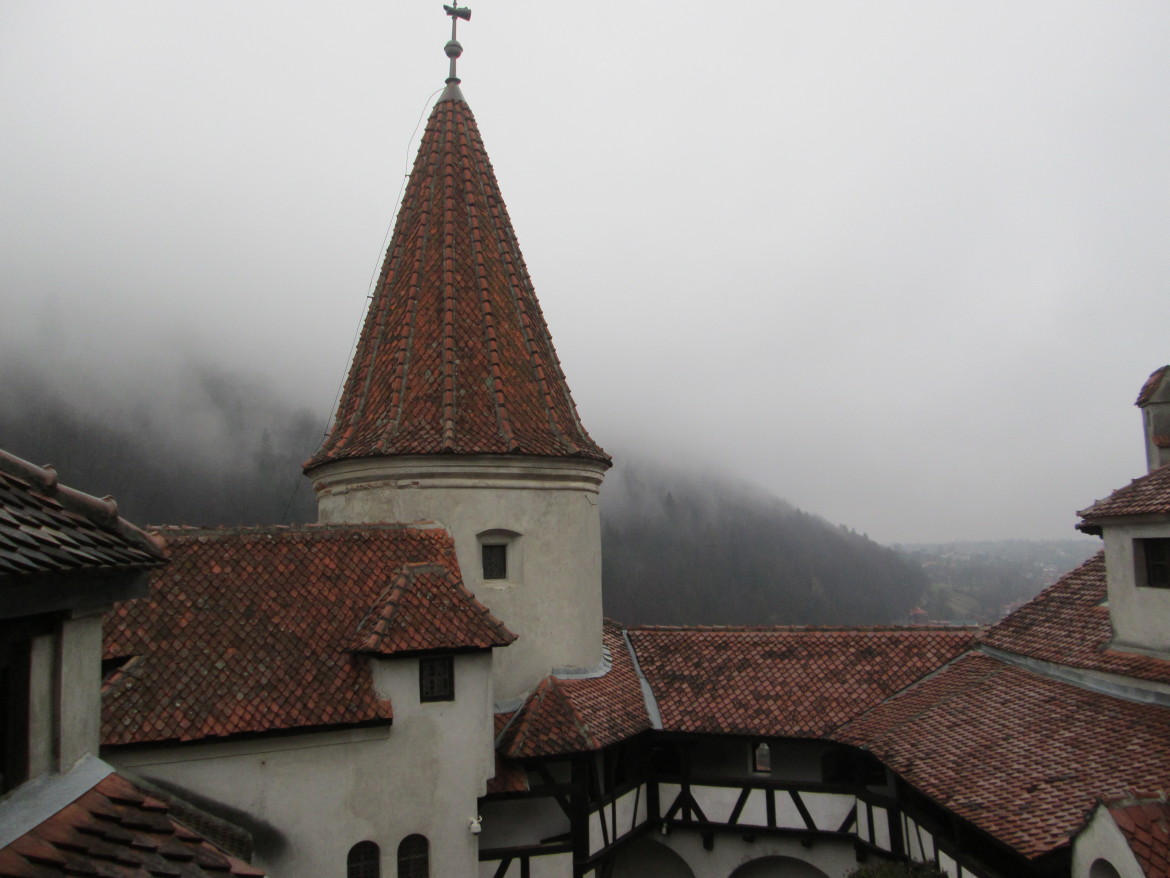 Whenever I told someone I was off to Transylvania for a few days, their reaction was usually a comment about vampires, or an admission that they hadn’t realised it was a real place! It’s certainly somewhere with associations which brings to mind notions of adventure and mystery, but this region of Romania has much more to offer than just vampire myths (although the Dracula connection is cool too). Here are a few reasons why I think you should put Transylvania on your travel list. It’s cheap
Accommodation, food and drink are ridiculously cheap by British standards. You can get an ensuite private room in the city centre of Brasov for the same price as a bed in a hostel dorm in many Western European cities, and a meal for two plus a bottle of wine usually comes to around £13. If you’re coming from the UK, you have the choice of several budget airlines (I recommend the Romanian carrier Blue Air for cleanliness, comfort and efficiency over the better known ones) which fly into Bucharest, from where you can take buses or trains into Transylvanian locations. You’ll get to see a beautiful country with minimal spending. It’s a great spot for an alternative city break
I wrote an article for The Backpacker’s Almanac recommending the medieval city of Brasov as an alternative destination for a European city break; it’s a lovely place to spend a few days which will come out far cheaper than the usual choices. Mountains, forests and woods aplenty
Brasov is surrounded by hills, and if you hike (look out for the signs warning of the possibility of meeting bears!) or take the chairlift up Tampa, the biggest one, you’ll be greeted with views of mountains, forests and valleys, perhaps shrouded in mist, in the nearby countryside. If you’re heading out on day trips from the city, you’ll travel along winding mountain roads to reach castles or waterfalls. Go a bit further afield and you can experience the fairytale-like Transfagarasan Road cutting through the Carpathians. The castles are pretty
Brasov County boasts a large number of castles. Perhaps the most popular is Bran Castle which is falsely marketed as being “Dracula’s castle” (more on that later). Despite the inaccurate attribution, it’s a beautiful gothic-looking castle which is especially atmospheric on a misty day. You can go in search of Dracula
I started off by saying that there’s more to Transylvania than vampires, but the character of Dracula was inspired by a real-life ruler of Wallachia, the region next door to Transylvania, back many hundreds of years before Romania was unified. There’s plenty of history relating to Vlad the Impaler in the region, and if you’re interested in seeing what’s left of his fortress in the Carpathian Mountains – the “real” Dracula’s castle – you can make the trip out there along the aforementioned Transfagarasan Road. Have you been to Transylvania? Where else in the region would you recommend?