A day trip to Helsinki by ferry from Tallinn 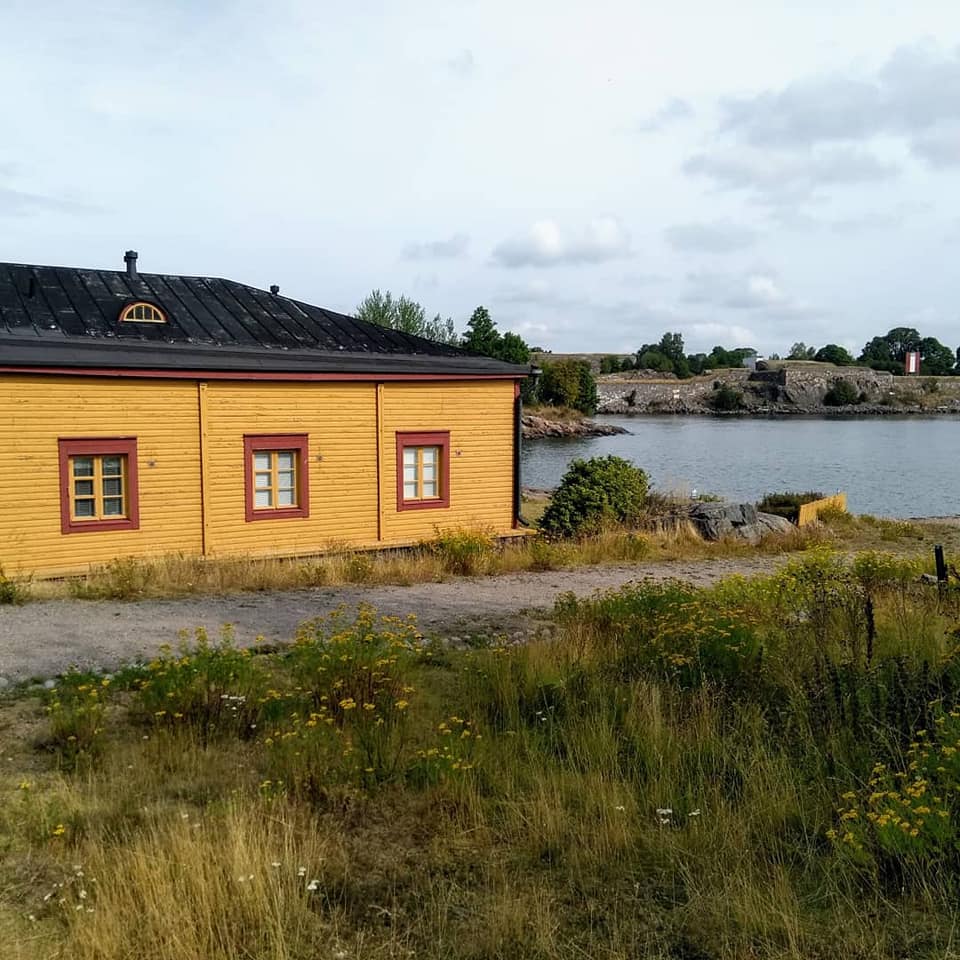 Being back in Europe after two years in Australia, I’m very much enjoying the novelty of being able to country-hop by train, bus and boat. So when my research prior to my trip to Tallinn uncovered the fact that there were frequent ferries making the journey to Helsinki, the capital of Finland, in just over two hours from Tallinn, I decided that I would take the opportunity to make a day trip to another new country in this northern part of Europe that I hadn’t previously explored.

There are several different ferry lines operating on this route, so I used a third-party website (found by simply Googling ferries from Tallinn to Helsinki) to compare times and prices. Once I had decided upon Eckerö Line, I went directly to their website to book, meaning that I received a mobile online boarding pass for my phone and I was able to go straight to departures rather than queuing up to check in at the port. With the weather forecast threatening thunderstorms later on in the day that I had picked (there are plenty of ferries so no need to book very far in advance – I decided when I arrived in Tallinn which days I intended to do what, and booked my tickets the night before), I decided to depart early in the morning and return mid-afternoon, but the ferries run into the evening so getting up ridiculously early isn’t required if you’re not a fan! Eckerö Line ships arrive in and depart from a different terminal in Tallinn to the other lines, and from a different port in Helsinki, just outside of the main part of the city centre, so if you’re making this trip, do double-check your confirmation email to see exactly where you need be. When considering timings, do also bear in mind that boarding closes 30 minutes before departure, so ideally you want to be there 45 to 60 minutes prior.

The port in Tallinn is not too far from the Old Town, so I was able to walk there in around 30 minutes from my hostel. Boarding was quick and efficient; all I had to do was scan my mobile boarding pass at the gates (there was no passport control at any point on my trip over to Helsinki or back, but I’d definitely tell you to take your passport, just in case – you are moving between different countries, after all). The large ferry was as you would expect; various seating areas, an outside viewing deck up top, and several cafes, bars and restaurants, so I was able to settle in with a coffee and watch the sun rising over the calm waters of the Gulf of Finland as we headed towards Helsinki.

Once on Finnish ground, Google Maps suggested that I could walk into the main part of the city centre from the West port, where this particular ship arrives, in around 40 minutes, but there was a tram stop right outside and so in the interests of time-saving I decided to hop on, first purchasing a day ticket from the machines at the stop, which covered all public transport within the inner zones of the city. I got off the tram at the Senaatintori stop and walked up the road to take a look at Helsinki Cathedral, before heading down to Kauppatori – Market Square, where rows of orange-tented stalls were already up and running for the day, selling food, coffee and handicrafts – I didn’t spot very many vegan options as I wandered around (there was a lot of moose on offer – moose burgers, moose stew etc.) but there were several places offering crepes and cakes, so if you’re veggie or omni then there’s plenty to grab for breakfast if you left too early this morning. 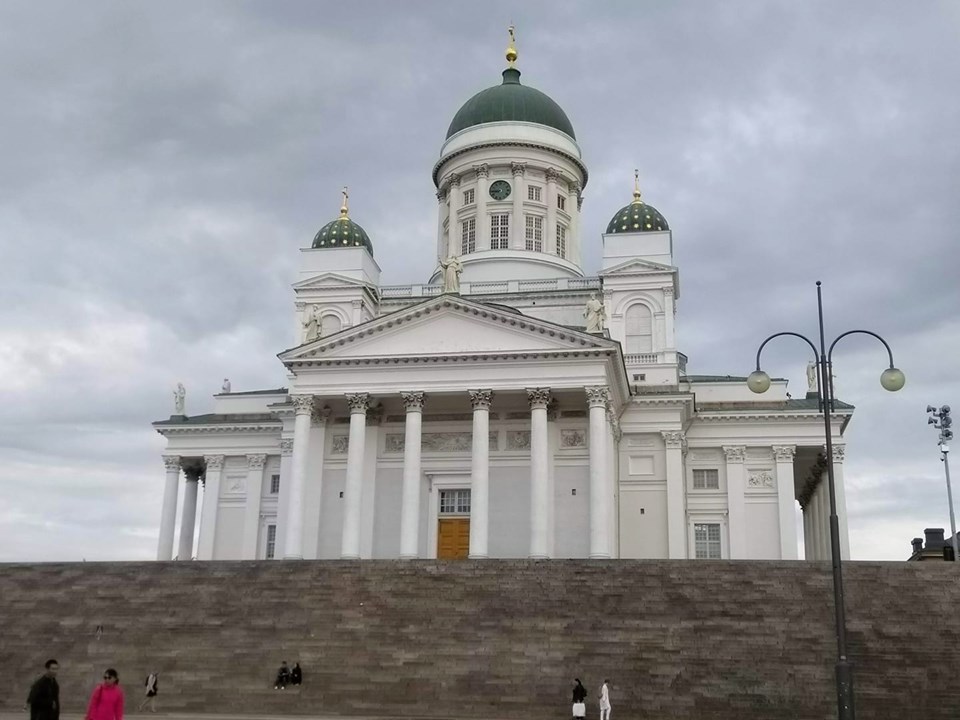 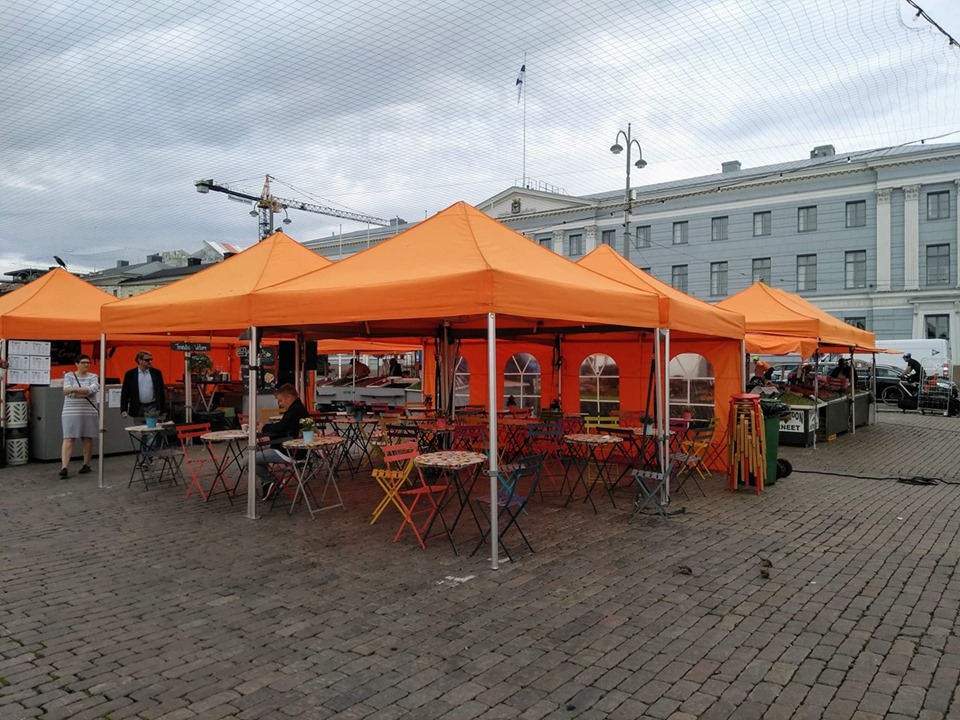 Kauppatori sits on the waterfront, and is the point of departure for the small ferries heading over to Suomenlinna, my first planned activity of the day. There were a number of tourist boats offering excursions there, sometimes with the option of island-hopping around some of the other islands in the bay, but the city’s public transport also runs a ferry every twenty minutes or so, and I was able to use my day ticket purchased for the tram for this journey too, so I chose that option. Suomenlinna was my favourite part of my day trip to Helsinki, so I would highly recommend making sure you allow yourself plenty of time for this beautiful spot. Had I been staying in Helsinki, I would even have booked a night or two in the Hostel Suomenlinna, a Hostelling International (HI) property which is the only tourist accommodation available on the island. 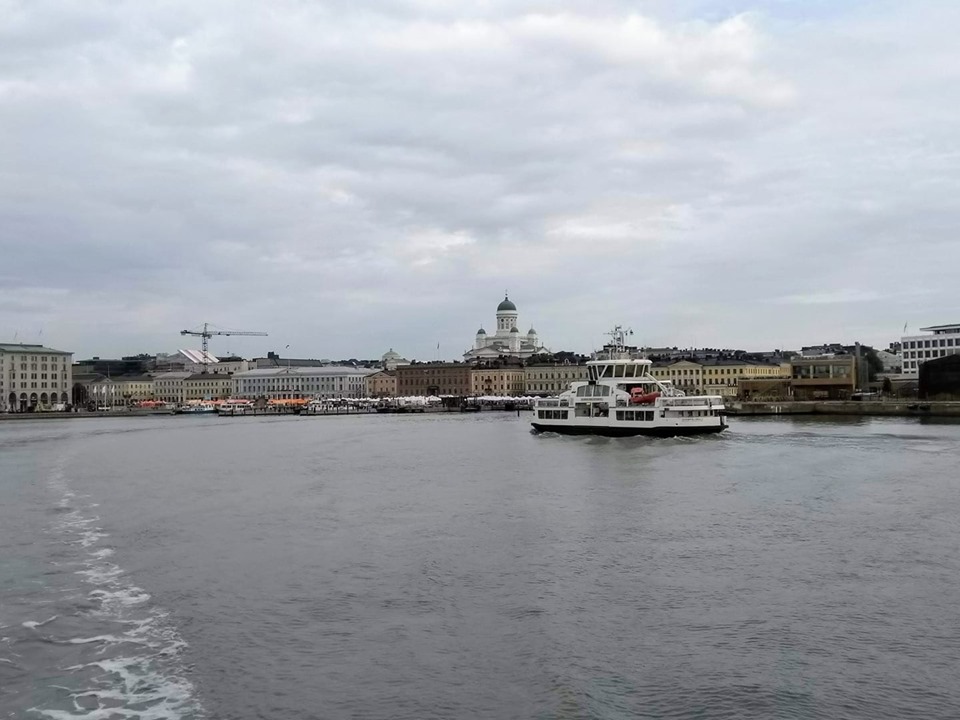 The view of Helsinki from the Suomenlinna ferry

Suomenlinna is an eighteenth century sea fortress which has an interesting history, having defended Helsinki across three different eras, when it was part of Sweden, then Russia, then finally, independent Finland in 1918. The remains of the fortress, built on rocky clusters of the island, are still there to see, and it’s one of a set of islands off Helsinki which are now a UNESCO World Heritage Site. The evidence of its time under different rules is still there too; I especially loved the cute Russian-style houses which reminded me of the dachas – country houses – that I had seen in Russia when I visited many years ago, back in high school. The trip over to Suomenlinna took only about 15 minutes on the small ferry from the city, with a brilliant view of the Helsinki skyline to enjoy from the water. I spent a couple of hours there, walking around the fortress and looking out for interesting wildlife. 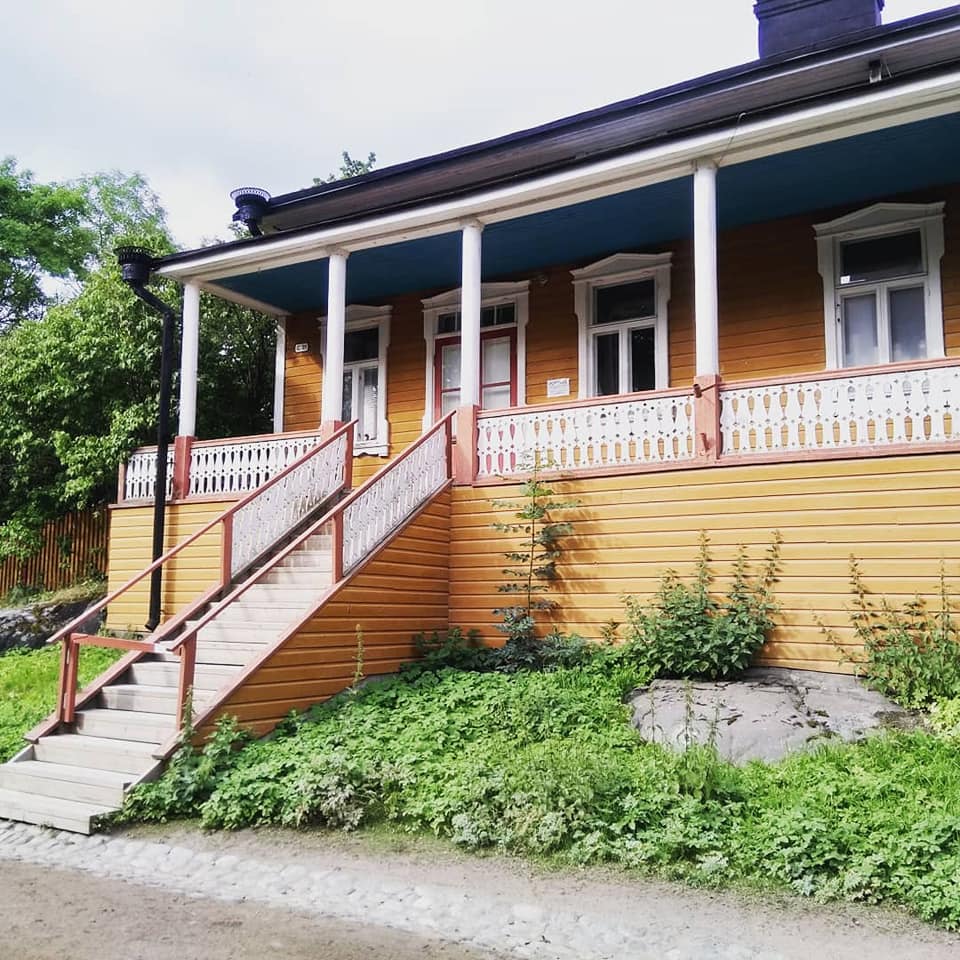 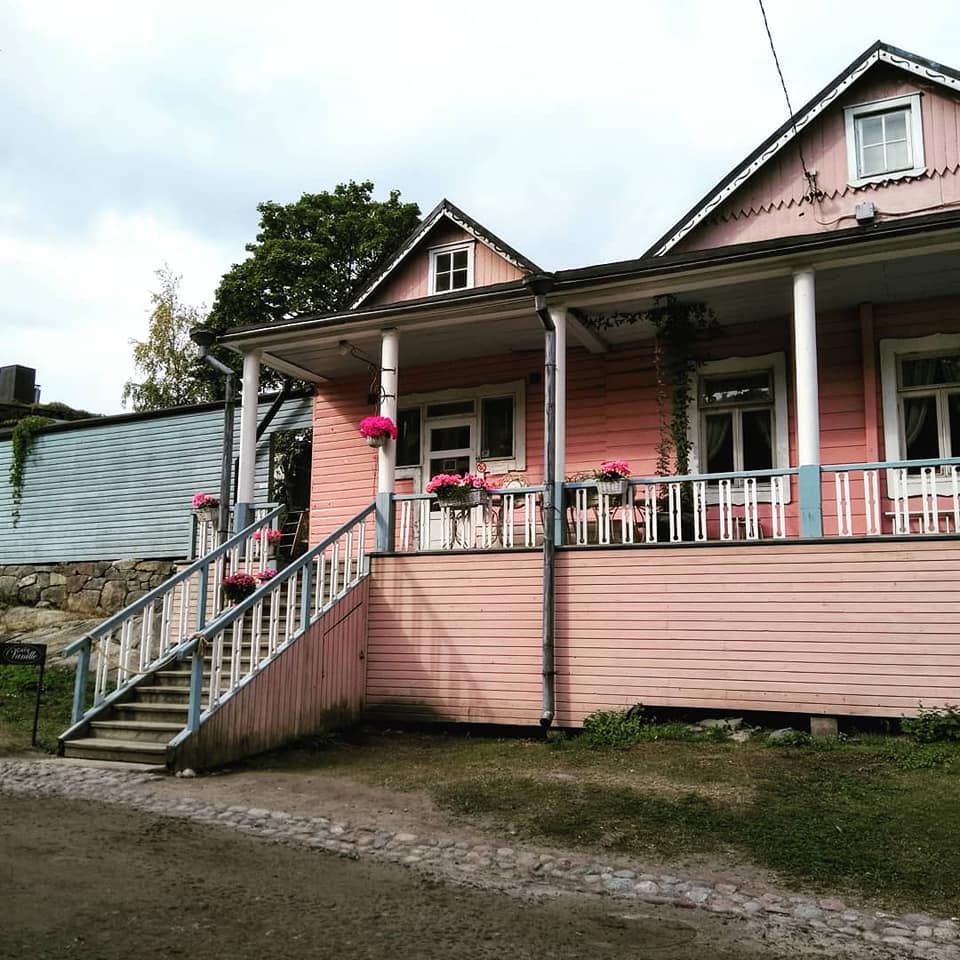 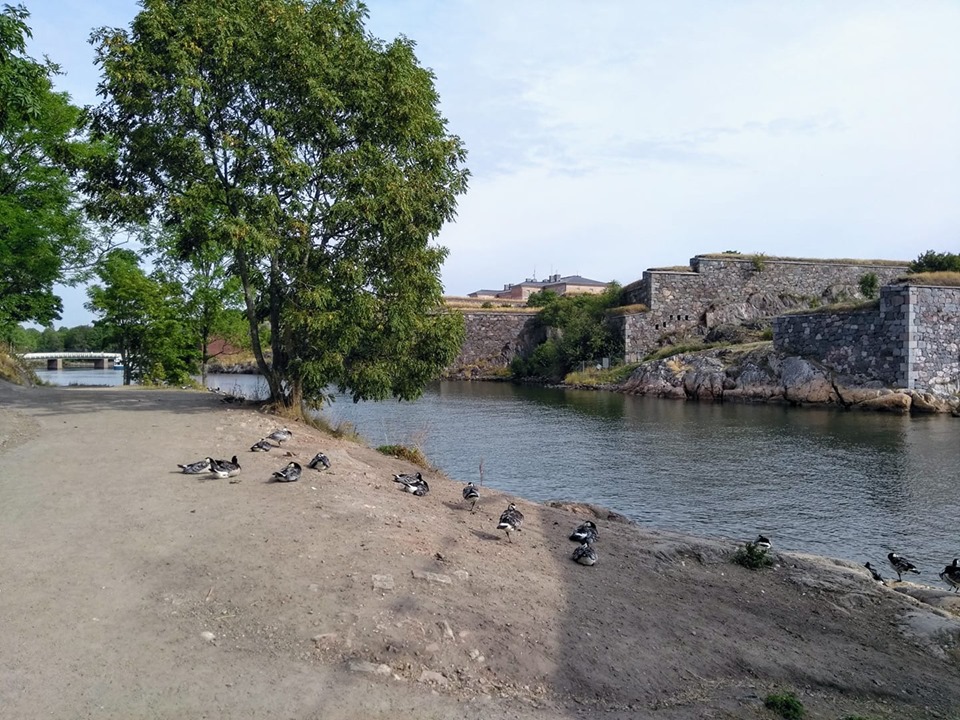 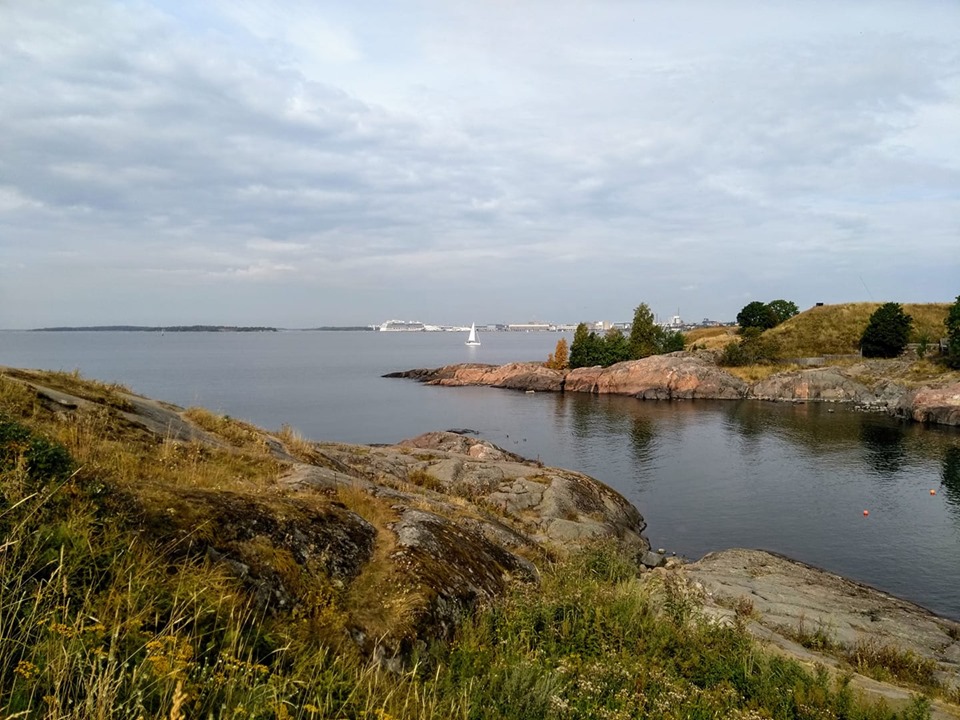 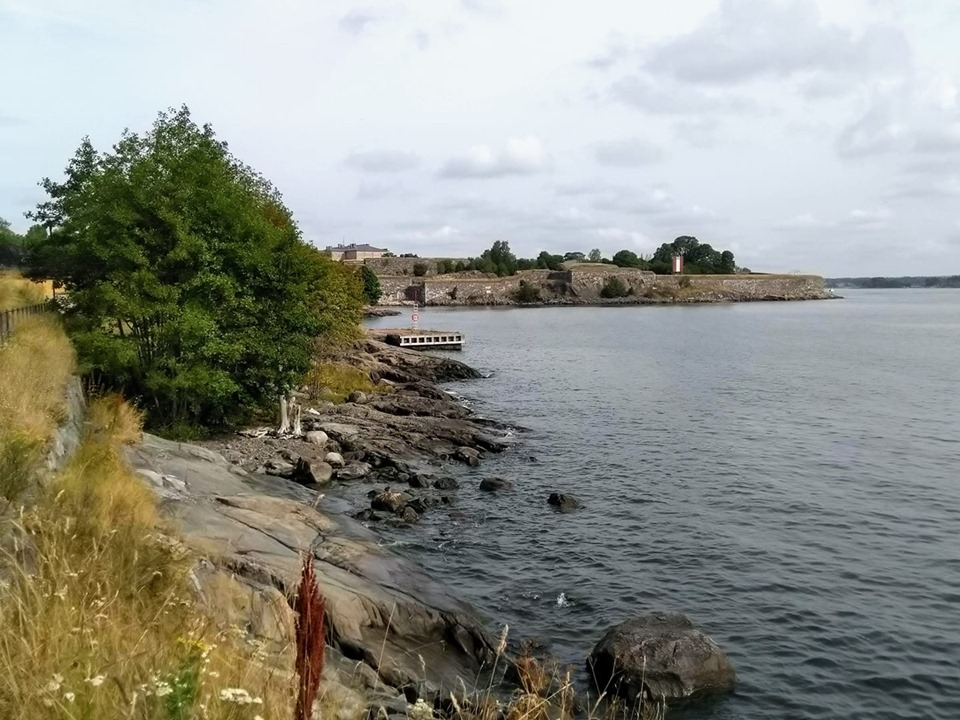 Whilst Suomenlinna does have a small population of around 800 people living on the island, it doesn’t have a huge amount of facilities; a few cafes and restaurants, and a convenience store by the ferry dock, which is quite large and has a wide selection of stock, so if you want to grab something for a picnic, this is the place to do it – I was even able to pick up a vegan baguette here! 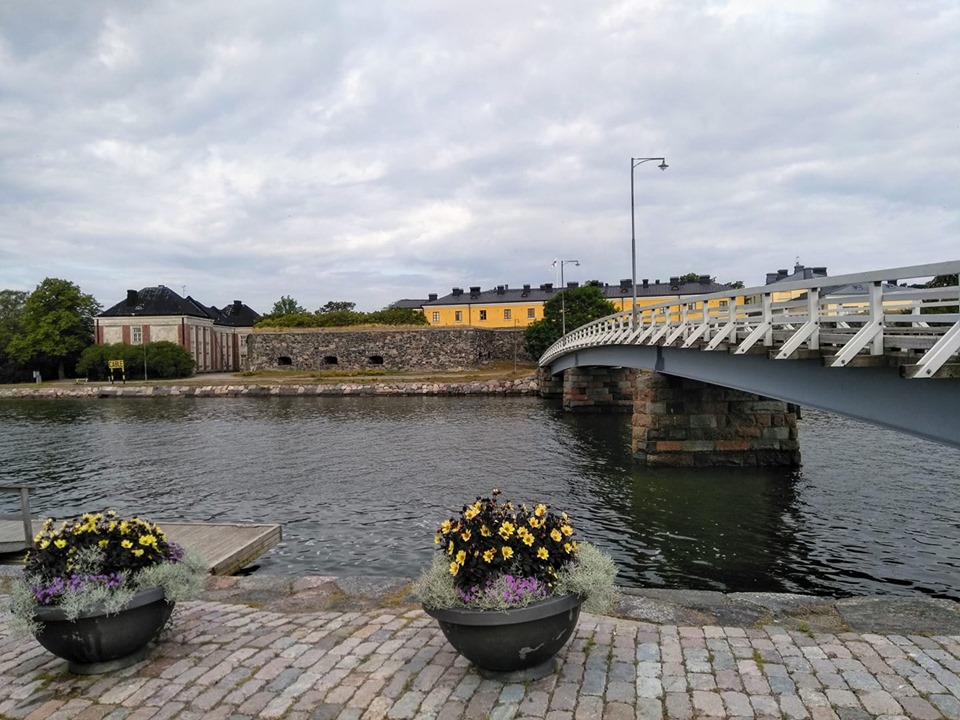 My picnic spot at Suomenlinna

By the time I got back onto the ferry, a number of tour groups were beginning to arrive, so I would definitely recommend heading over there fairly early in the morning in order to enjoy Suomenlinna without too many crowds.

Back in the city, I took a walk along the waterfront and the harbour, before heading back up to Kauppatori, which was now very busy. 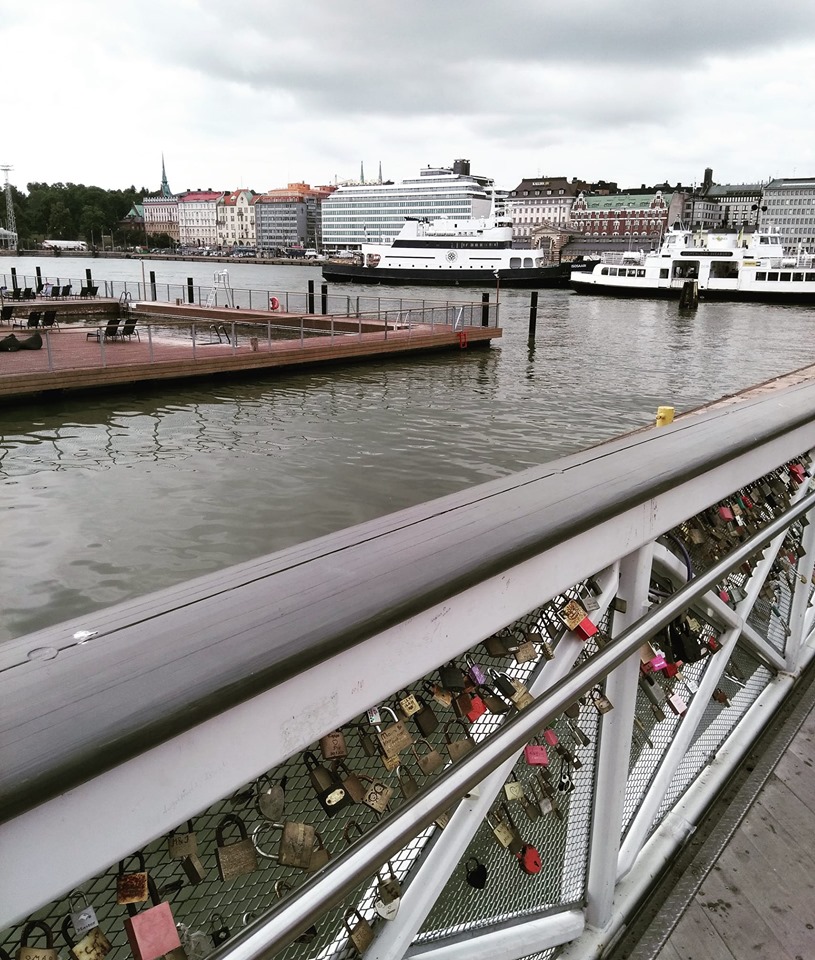 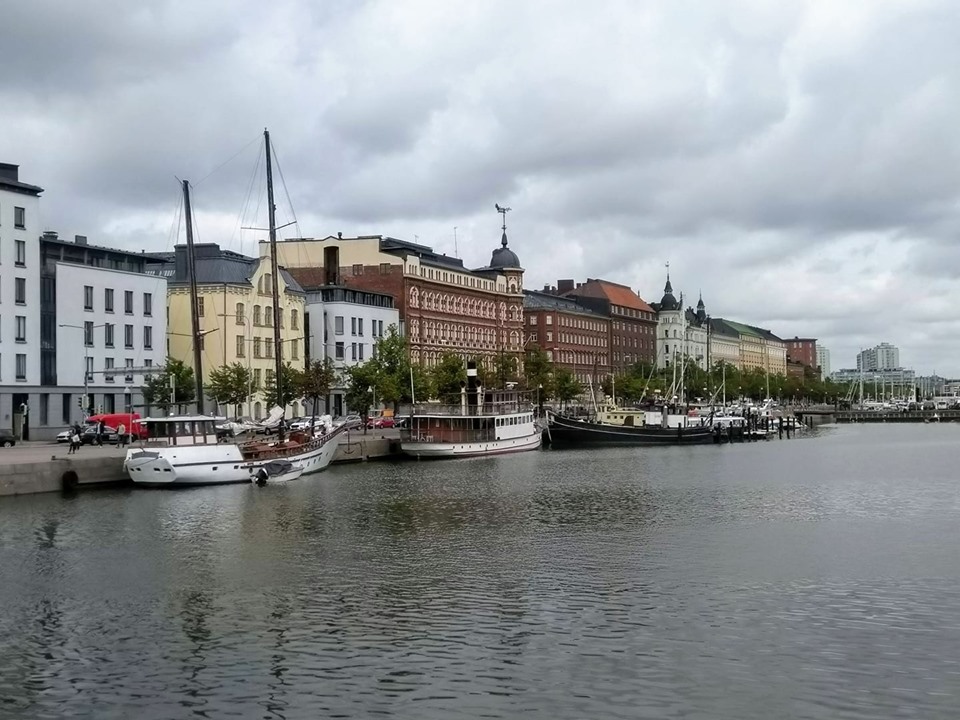 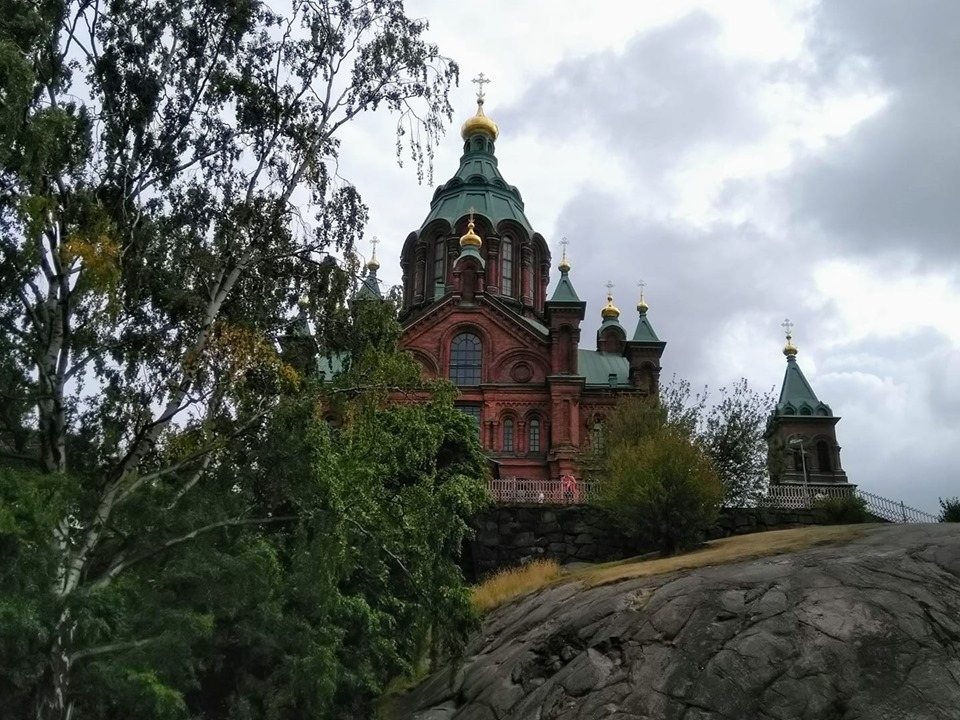 Helsinki is a walkable city, so I was able to travel around on foot, walking along the Esplanade and then heading up and along the main streets of the city centre, looking at the architecture and watching the green and yellow trams criss-crossing the road junctions. 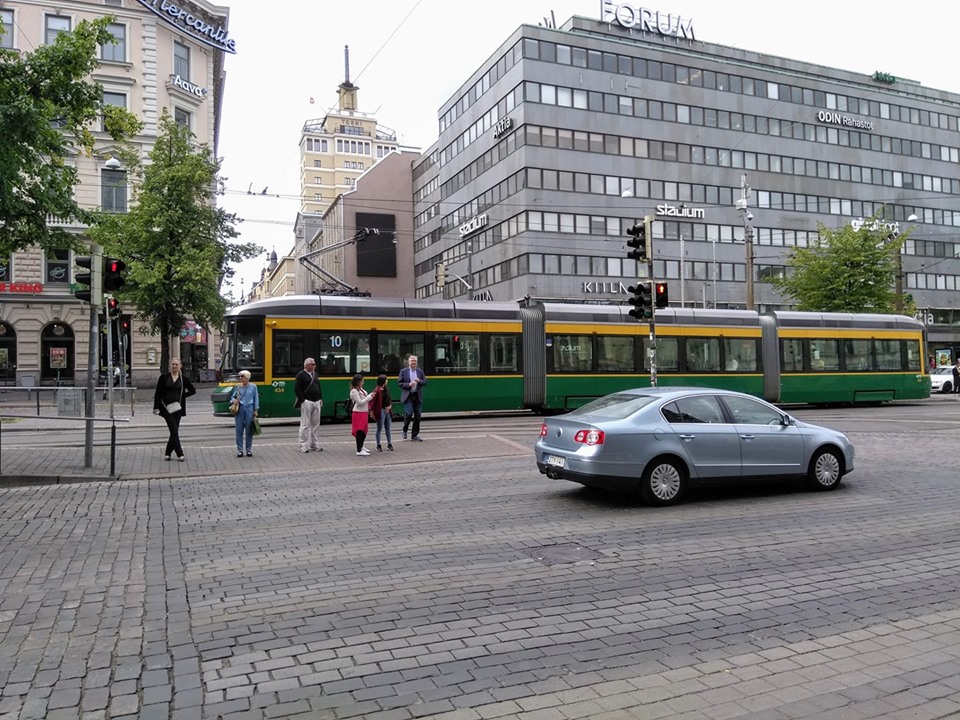 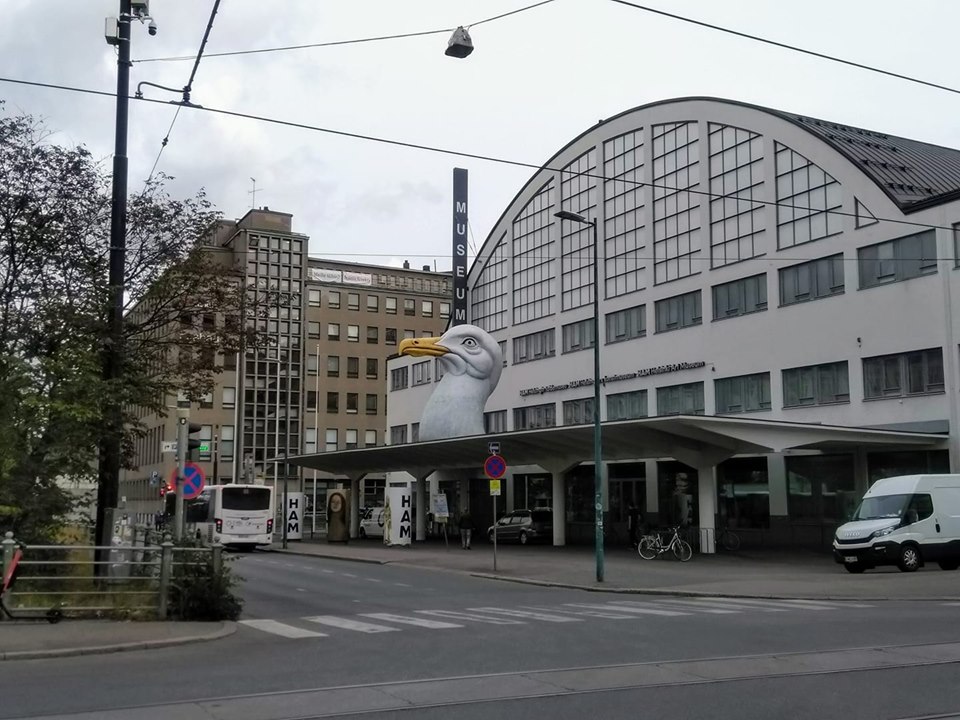 The seagull caught my eye! This is the exterior of the Design Museum apparently.

I was interested to see that one of the attractions marked on the map that I’d picked up from the tourist information booth at Kauppatori was Oodi, Helsinki’s brand new central library. I recalled reading about this library a little while ago when it was first built; coming from a country where public libraries have been suffering from devastating budget cuts by governments who simply can’t see (or refuse to see) their value, for years now, it was striking that the government of Finland chose to spend 98 million euros on a state-of-the-art library for its people. As an academic librarian by trade, I of course had to go and take a peek!

The library was full of people, both locals making use of the spaces, and tourists doing the same as I. Everyone is welcome and you can just go in and wander around; there are no barriers at the entrance. As a librarian, it was fantastic to see the robot book returner, the various study spaces, the variety of book material in many different languages, and the makerspaces full of 3D printers, sewing machines, and other technology for the public to use, but even if you don’t work in a library, it’s definitely still worth popping into to admire the architecture, and to take in the city views from the balcony of the rooftop cafe. 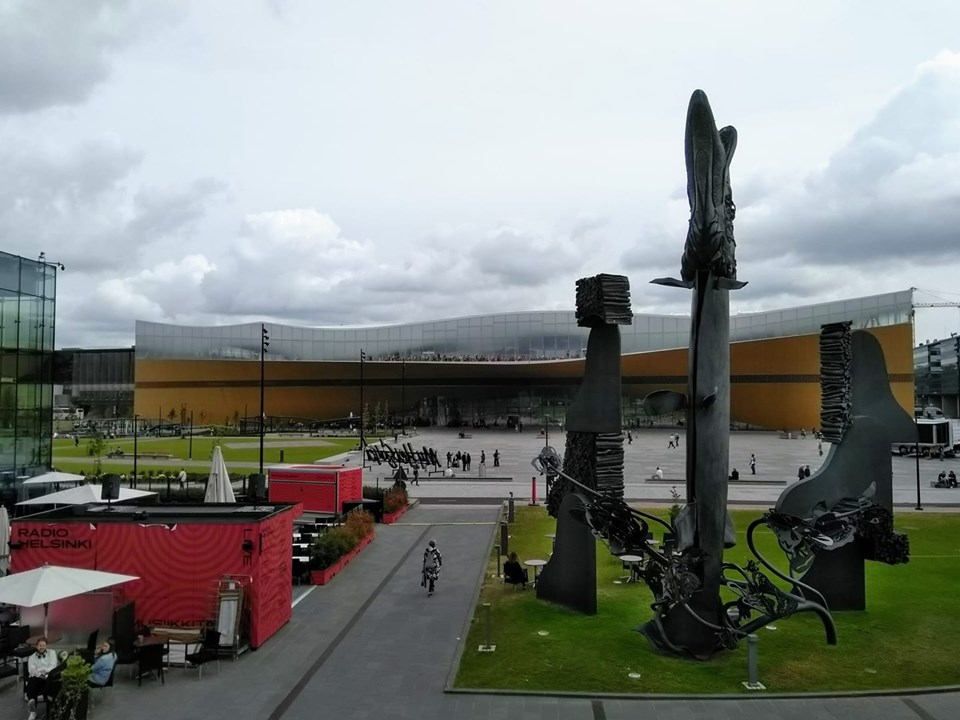 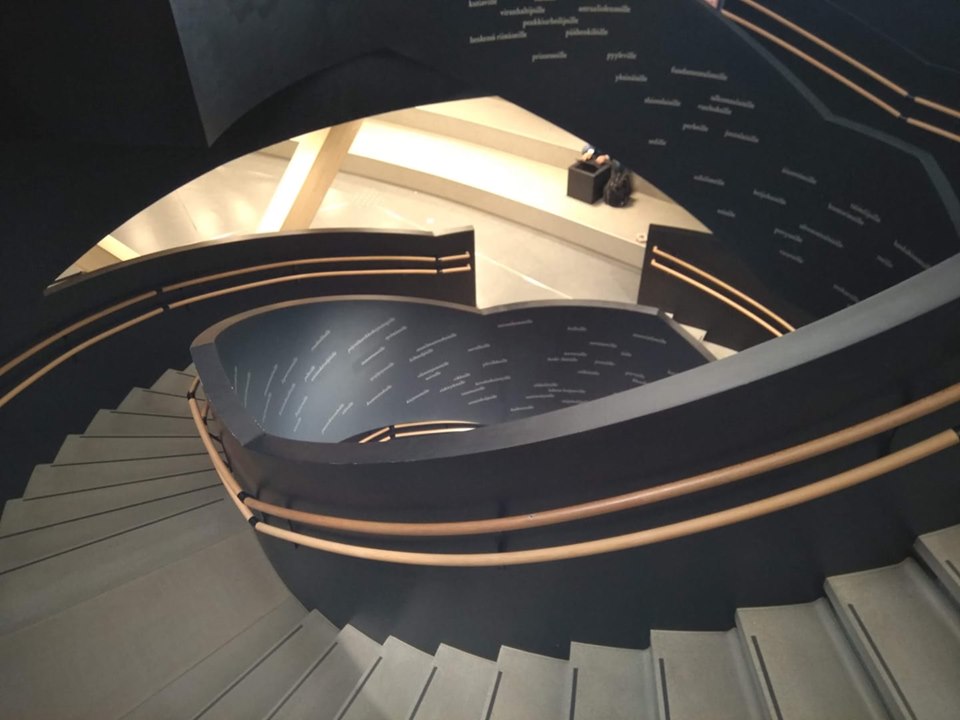 A staircase inside the library

From Oodi I wandered down to Töölönlahti, a bay right in the centre of the city which is apparently where the locals come to jog. It was certainly a lovely spot to walk by the water for a while, and it also offered great views over to a local theme park, so you can watch the rollercoaster trains bobbing up and down too. 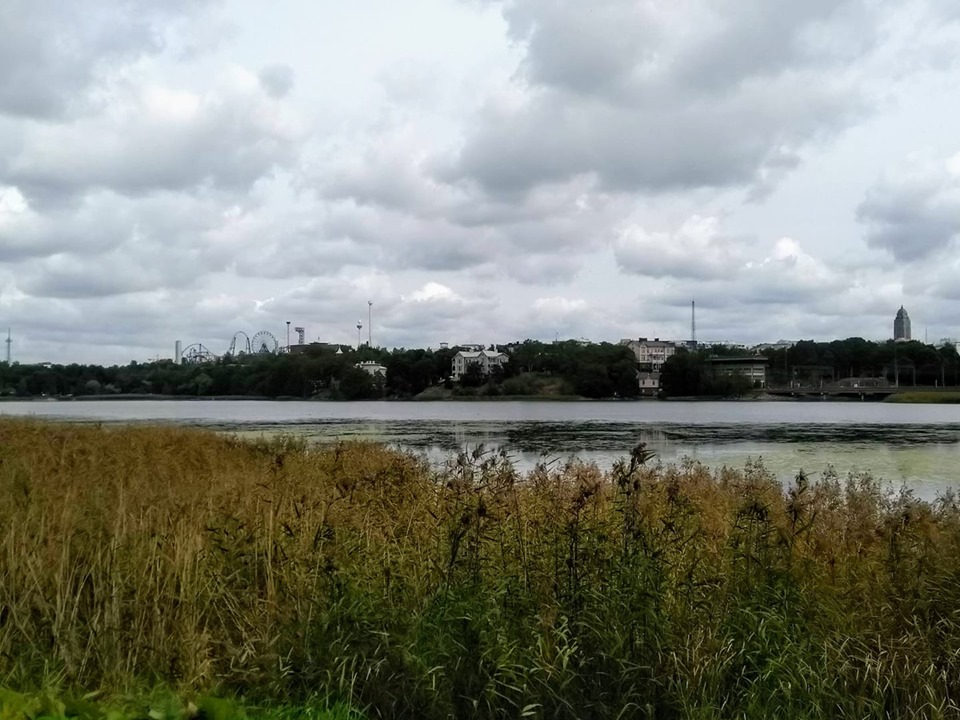 My final stop in Helsinki was Temppeliaukio Church, also known as the Church of the Rock because, as you might guess, it is built into solid rock. Unfortunately I didn’t have time to go inside, but even from the outside it was still an interesting and unusual sight. 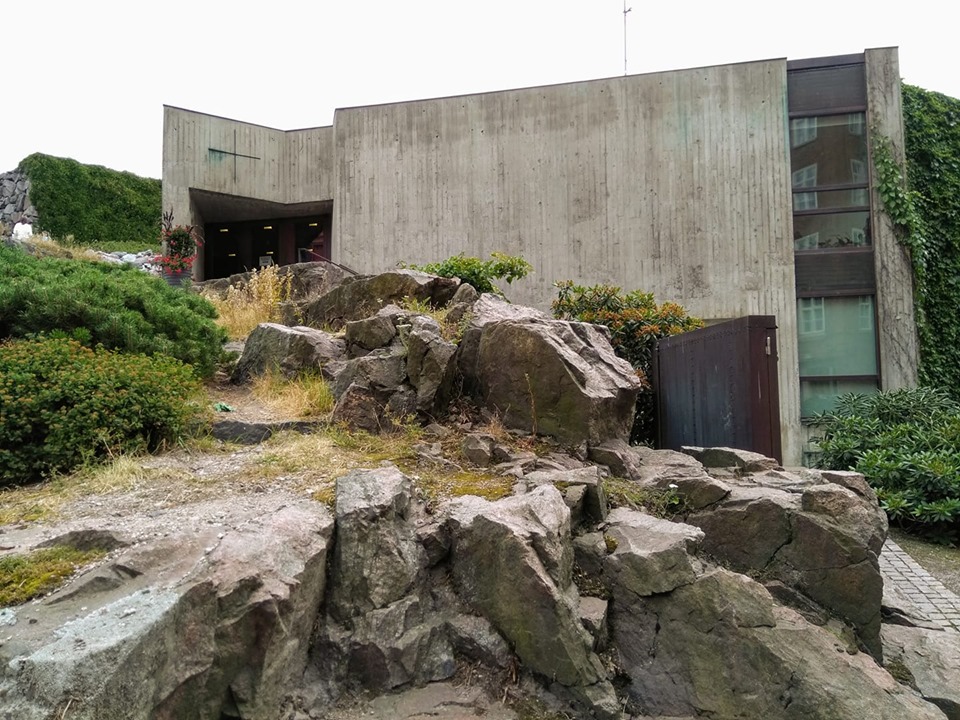 With that, it was time to hop back on the tram to the port to catch my ferry back to Tallinn. In the end, the forecast storms never materialised, so I could have stayed longer, but I had a ticket booked for that particular ship so I had to go. Even though it was a very quick trip, and I can’t claim to be any kind of authority on Finland or even Helsinki as a result, it was still a brilliant taste of another new country for me, and completely worth the journey; I feel that I was able to see and enjoy the highlights of the city. If you’re staying in Tallinn for a few days, I would recommend Helsinki as an easy and fun day trip. And of course, the ferries run both ways, so if you’re staying in Helsinki and looking to explore further afield, I’d most definitely suggest popping over to see Estonia’s beautiful capital city for a day. 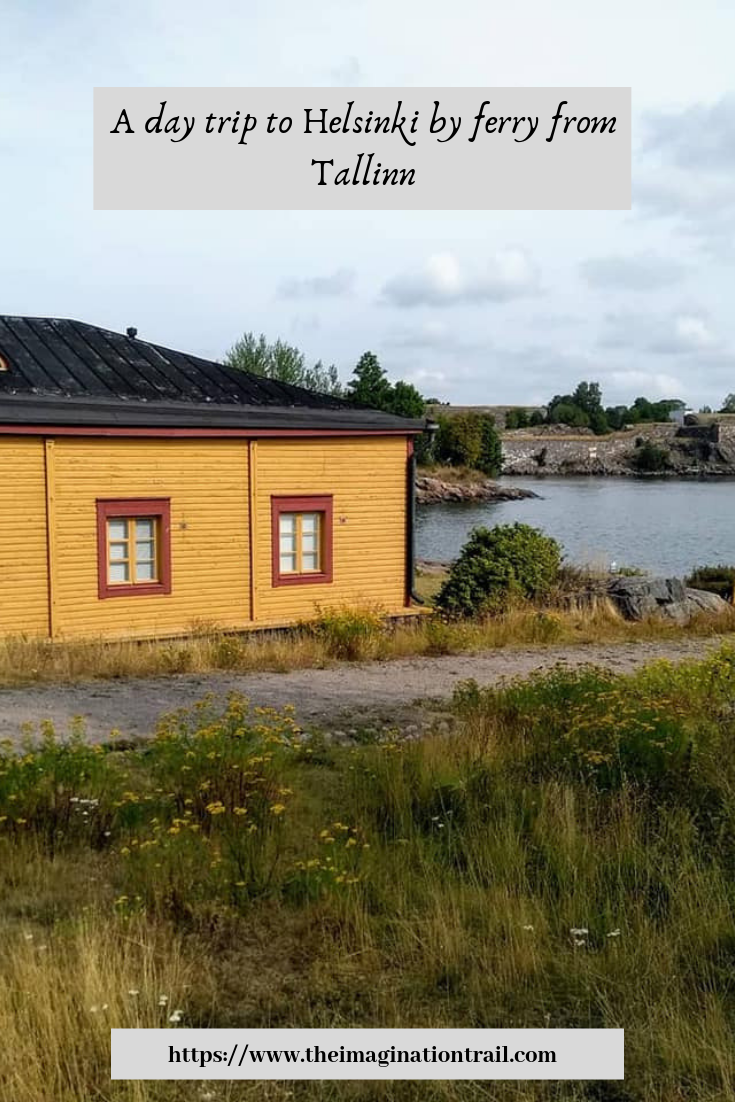 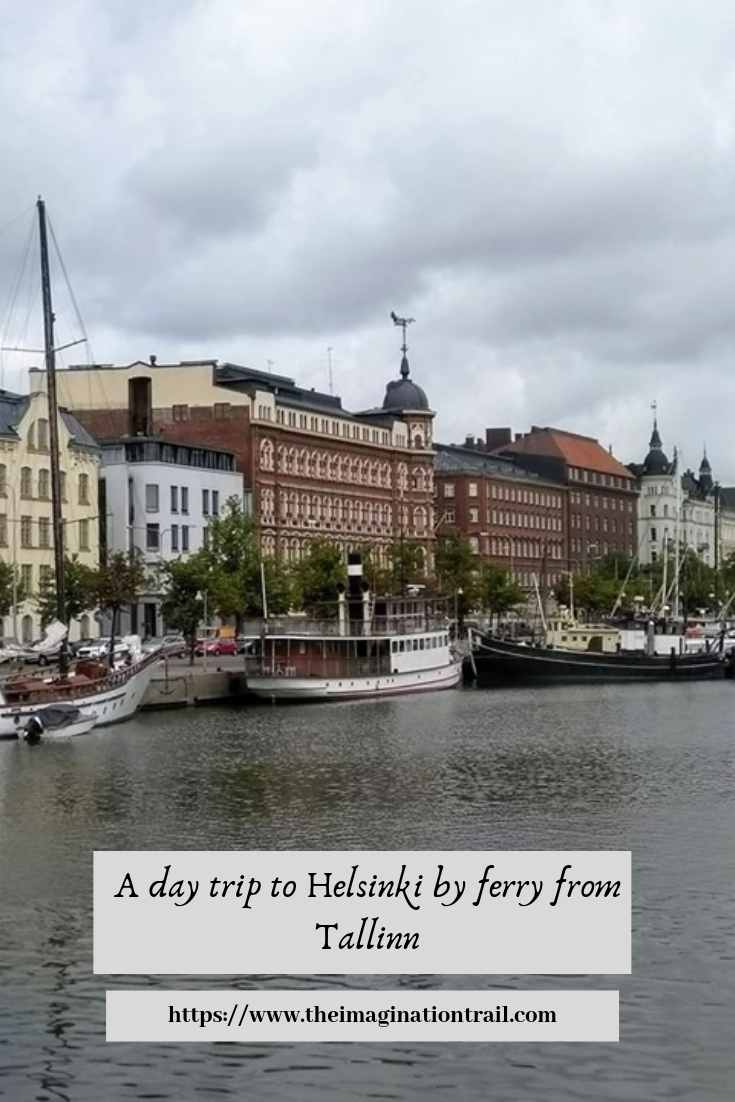