The missed volcano: when Mother Nature says no 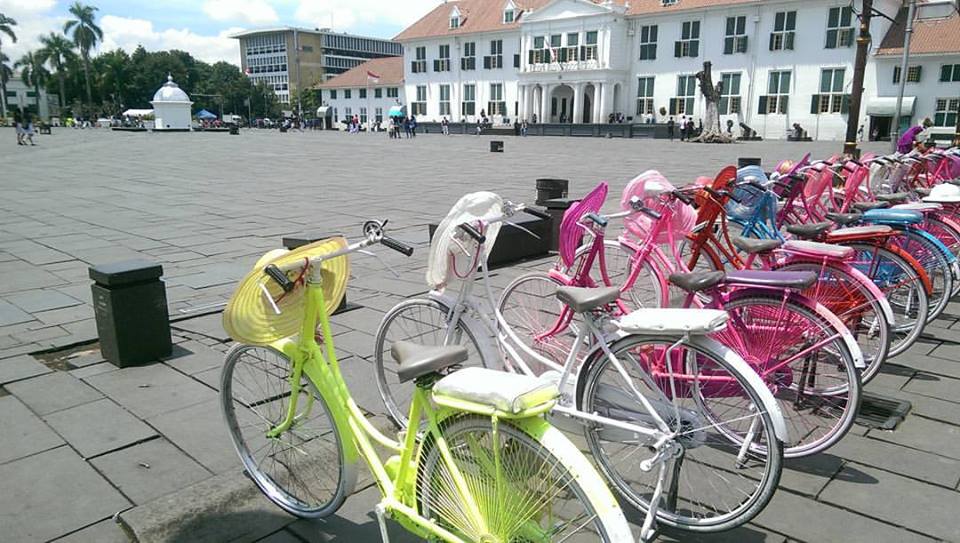 I remember one Saturday afternoon, shortly after I had graduated from university and got myself a “proper” job, flicking idly through the television channels and coming across an old black and white movie, Krakatoa East of Java. Krakatoa, a volcano which lies in the Sunda Strait between the Indonesian islands of Java and Sumatra (it’s actually west of Java, despite the film’s title. This confused me no end when I first started looking at maps of the country to plan my travel route!), erupted spectacularly in 1883. Around 36000 people died, mostly in the tsunamis which engulfed the coastal towns on both islands. Shockwaves were felt around the world, the sound of the mountain blowing its top remains the loudest known in recorded history, and the eruption changed the weather across the globe and even, argues the author Simon Winchester in this fantastic book I recently read , triggered political upheaval in the country. As such a significant volcano, it’s always been one on my list (I have a vague memory, around age 13 or 14, of trying to persuade my parents that our next family holiday should be a boat tour in the area!). The movie was terrible, and I soon switched it off, briefly hovering around the idea that maybe one day I’d see Krakatoa for myself, before getting on with my day.

Now, eight or so years later, I was in Jakarta, Indonesia’s capital city, preparing for an early start to finally visit this monster. I’d arrived here a couple of days previously from Bandung, another city in West Java. I’d read glowing reviews of Bandung, but have to admit to finding it disappointing. Jalan Braga, the city’s most famous street which is a supposed reminder of Bandung’s past, was worth the walk down, with some colonial architecture to see and paintings lining the pavements, but I didn’t find much to inspire me anywhere else. My main reason for heading this way had been to take the train from Bandung to Jakarta. I love train journeys and I’d heard that the scenery on this route was spectacular. The train did in fact live up to the promises, with comfy seats in a clean, spacious and cheap Eksecutif (First Class) carriage, and beautiful views of green, deep rice terraces along the way. I had a day to spend in Jakarta before embarking on the trip to Krakatoa, but I struggled to find much to excite me here either. There are some remnants of the city’s colonial history, in the crumbling drawbridge which used to open to ships bringing goods into what was one of the main trading points in the Dutch East Indies, and in Fatahillah Square in the Old Town, where the old administrative buildings remain. The Wayang – puppet – Museum there was a surprising little gem; Aldy, who runs the place, has travelled all over Europe touring his shows of this Javanese art of puppetry, and is more than happy to take visitors around the exhibits on a personal tour. Making a friend at the Puppet Museum!

Now it was early in the morning and I was up, hiking boots on and bag packed, waiting for the van which would take me on the long trip to the West Java coast, from where we’d take the boat out to Krakatoa. It felt surreal to think that I was a mere few hours away from seeing such a famous volcano. I waited…and waited a little longer…and walked out to the road to check that the car wasn’t waiting further up…and then an email pinged into my inbox, just as the hostel reception telephone rang.

The staff member on duty responded to the caller with a few words in Indonesian, and then hung up and turned to face me. He began to explain in English what he’d just heard, but I’d already read the email. There had been an earthquake on the volcano a few hours previously, and the local government had banned anyone from visiting that day. There would be no trip to Krakatoa for me.

The disappointment was immense. I was leaving Jakarta the next day to fly to Medan to begin exploring North Sumatra, and so there was no chance to reschedule. This was one of THE volcanoes, one which had planted the seed of travelling to Asia in my mind. Unfortunately, I told myself, this was the risk that I ran when giving my heart to something so volatile as Mother Nature; she wouldn’t always cooperate! I’d done quite well so far, I’d reflected; apart from Mount Mayon in the Philippines, which refused to reveal itself during my stay in Legazpi, I’d been lucky with my volcanic experiences, seeing Bromo erupting up close and the vivid blue fires of Ijen.

And besides…now I had an excuse to go back to Indonesia again.