48 hours in Singapore (on a budget) 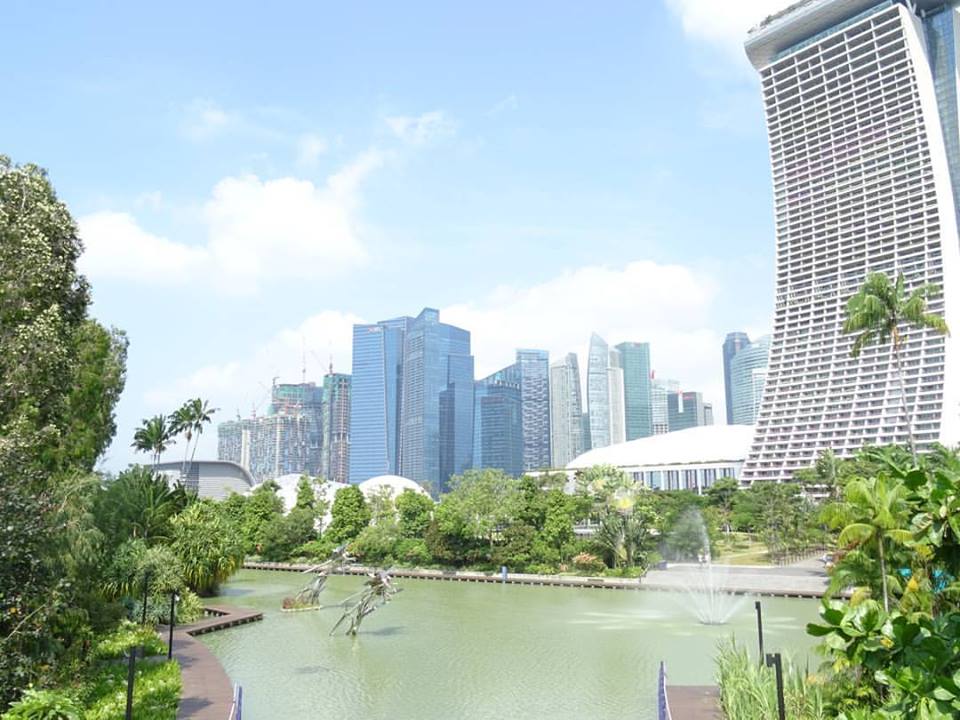 Time flies when you’re having fun – so the saying goes. I was certainly enjoying my time in Indonesia and all too soon found myself about to hit the 30-day limit for staying in the country. I’d gotten distracted in Bali and barely scraped Java or even thought about Sumatra, so I wasn’t ready to go in the slightest. The solution? The visa run; leaving for a few days then re-entering. Singapore is the most popular destination for those needing to pop out of Indonesia for this purpose as it’s the shortest flight, so off I went to spend two days in this metropolis.

Singapore is of course considerably more expensive than Indonesia – the price of dorm rooms when I started looking was a bit of a shock! – but I needed to try to watch my pennies a little. I spent more money than I am accustomed to of late, but I managed to have a fun time without breaking the bank completely.

I stayed at the Beds and Dreams hostel in Chinatown on the recommendation of a friend, and it was a great base; friendly and helpful staff, free tea, coffee, water, bread and spreads all day (useful for the budget!), clean bathrooms, and the comfiest bunk-bed I’ve ever encountered in a hostel – the mattress was just like my bed at home! The location was perfect; Chinatown has plenty to see and do in itself, but is also a gateway to the rest of the city via the MRT (subway) station. The MRT was clean, efficient and easy to use – such a contrast to the public transport options where I’d just been! – and on my first morning I left Chinatown to zoom down to the Marina Bay area to check out the super-modern side of Singapore. The famous Marina Sands Hotel dominated the skyline as I emerged from the subway station, with the skyscrapers of the financial district behind. It was a short, well-signposted walk to find the Gardens By The Bay, a massive landscaped area with mini-parks, giant strange trees, a bayside walk, and two climate-controlled plant domes. Most of the gardens are free to walk around; I paid to go and see inside the domes but they weren’t really worth the fee, so next time I wouldn’t bother; there’s plenty to see outside. I returned after dark that night to see the gardens lit up, which was a beautiful sight; I also got there in time to catch the light and music show which was great fun! Next up was another trip on the MRT to Little India; as its name suggests, this was where migrants from India settled, and it was a great place to grab some cheap lunch from one of the food market halls near the station, before going for a wander around the stalls and shops down the side streets.

Back to Chinatown to return to my hostel for a quick change into long pants and to pick up a scarf for my shoulders, as my next plan was to visit the Sri Mariamman Temple, the oldest Hindu temple in Singapore which was just around the corner. I timed it perfectly, arriving just in time to catch a service. I had no idea what was going on, but it was stunning to watch, with lively music accompanying the rituals and the scent of incense in the air. Chinatown was also a great place for finding the cheaper eats, with plenty of street food stalls, and big food market on the second floor of the Chinatown complex.

That evening I decided to forget the budget for a night and head up to Clarke Quay, the centre of the nightlife in the city, to enjoy a drink and soak up the atmosphere.

The next day was all about exploring Chinatown. As well as the food options, there are plenty of shops and stalls to browse – I picked up the obligatory fridge magnet and postcards here – and the beautiful Buddha Tooth Relic Temple and Museum, so-called because a tooth of the Buddha is believed to be kept there; visitors are welcome to enter the chamber but photographs are strictly forbidden. I spent ages exploring this beautiful temple, which is free to enter; watching the monks go about their business, admiring the interior, and looking at the exhibitions about the history of Buddhism. Temples are probably not what most think of when they think of Singapore, but the two that I visited were highlights of my trip. By the time I flew back to Jakarta, I’d spent more money than I would have liked, but I’d had great fun, and enjoyed experiencing a completely different country. Singapore didn’t feel much like being in Asia to me; at times I felt like I was in London. In many ways it was a bit of a break from South East Asia – almost like popping home for a few days – but I couldn’t help but reflect uncomfortably on why it felt like that; the colonial connotations, linked back to my country of birth. I’m not knowledgeable enough to start writing about colonialism and postcolonialism on this blog – although it was my area of interest during my Literature BA degree – so I’m going to leave it at that simple observation, but it did make me feel that it’s important to be aware of the historical, cultural, social and/or political contexts of us being in the places that we choose to visit.