Chiang Mai: I just don’t get it 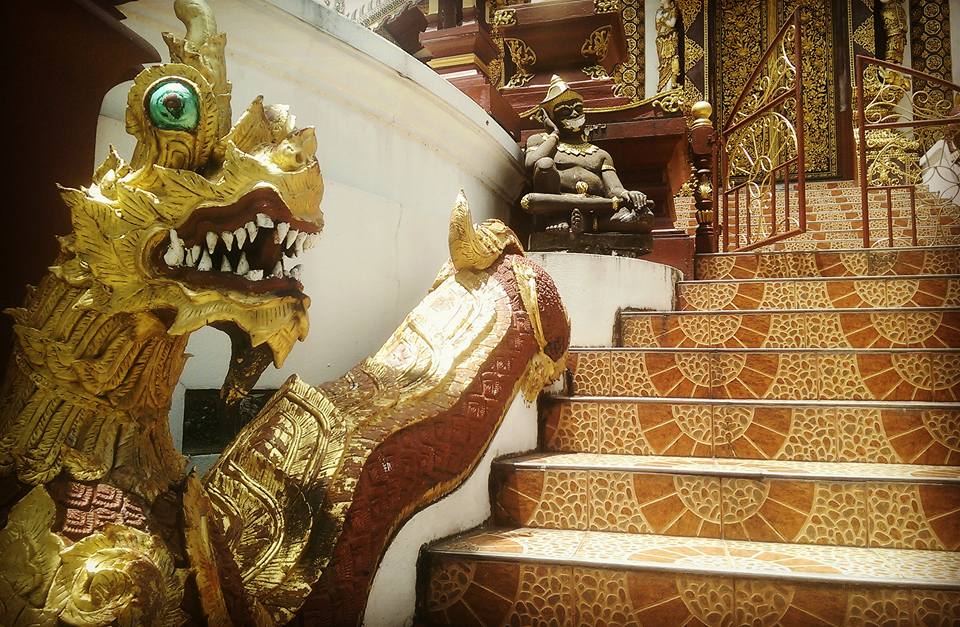 A few years ago, Chiang Mai, a city in northern Thailand, seemed to be the place to move to; it felt like almost every travel blogger I followed was getting a condo there, praising the cheap cost of living, the street food and the energy of the town. It seemed like a must-do on any visit to Thailand, so once it was time to leave Koh Phangan after my month of volunteering, I headed north to see what this city was all about.

My inital impressions weren’t great; what with arriving in a rainstorm to a near-empty hostel that was a trek away from the city centre (OK, my fault for not checking the location properly when I booked it), struggling to find anywhere to get some reasonably-priced food as I dodged drenchings from vehicles speeding down the flooded roads, then having to listen to an American guy giving his friend “tips” about “Asian women” as I ate my dinner, this was not looking to be the chilled-out place I was expecting.

The next day I set off into town to give Chiang Mai a proper chance. There were certainly plenty of temples to see, but by the end of the day I’m afraid I was, well, bored. The city was cute with its walls, and the temples were nice enough, but there didn’t really seem to be much else to do or see. Coming across various tour operators as I walked around, I flicked through the colourful brochures perched outside their offices, hoping to find some trekking or hiking to do in the surrounding mountains, but almost every single trip involved riding elephants, visiting tiger temples, watching “monkey shows”, or gawking at the “long-neck” people, tribes where women still wear heavy rings around their necks. Given I’m not a fan of animal cruelty or exploitation of any other living being, this was depressing to see. Possibly what was even more depressing was seeing Western visitors signing up for these tours; had they not thought about what they were supporting, or did they just not care?

I switched hostels to one that was much better-located and busier with guests, but pretty much every conversation I had with someone revolved around our plans for Chiang Mai and how excited they were to go and visit one of the elephant sanctuaries where riding is not permitted. Yes, these are better than the aforementioned trips, and I’d looked into them as I would have loved to see elephants up close, but I’d read somewhere that the interactions with the elephants that these places allow – playing with them and washing them in the river – still wasn’t good for them. I didn’t really want to be the older, sanctimonious traveller who sits in the hostel telling everyone they know best, so I just kept quiet, though this made it harder to keep conversations going, especially when I was asked whether I wanted to go to the sanctuaries too.

I popped into a few coffee shops with my laptop to do some writing and to check out the digital nomad scene, but it seemed a bit…bland. There were never many people about and the coffee shops themselves were a bit sterile and uninspiring. Perhaps I just visited the wrong establishments, or maybe lots of people had left town for the rainy season, but it really wasn’t pulling me in.

I did go on one day trip, out to Chiang Rai to see the famous White Temple, which was pretty impressive to see and worth the visit. Overall, however, I was bored, and more than ready to leave the city after a week there. I’ve since met many people who say they loved it and would even move there, so there’s obviously something I’m missing. We’re all different of course. For some people it’s a haven, but Chiang Mai just wasn’t my kind of place.