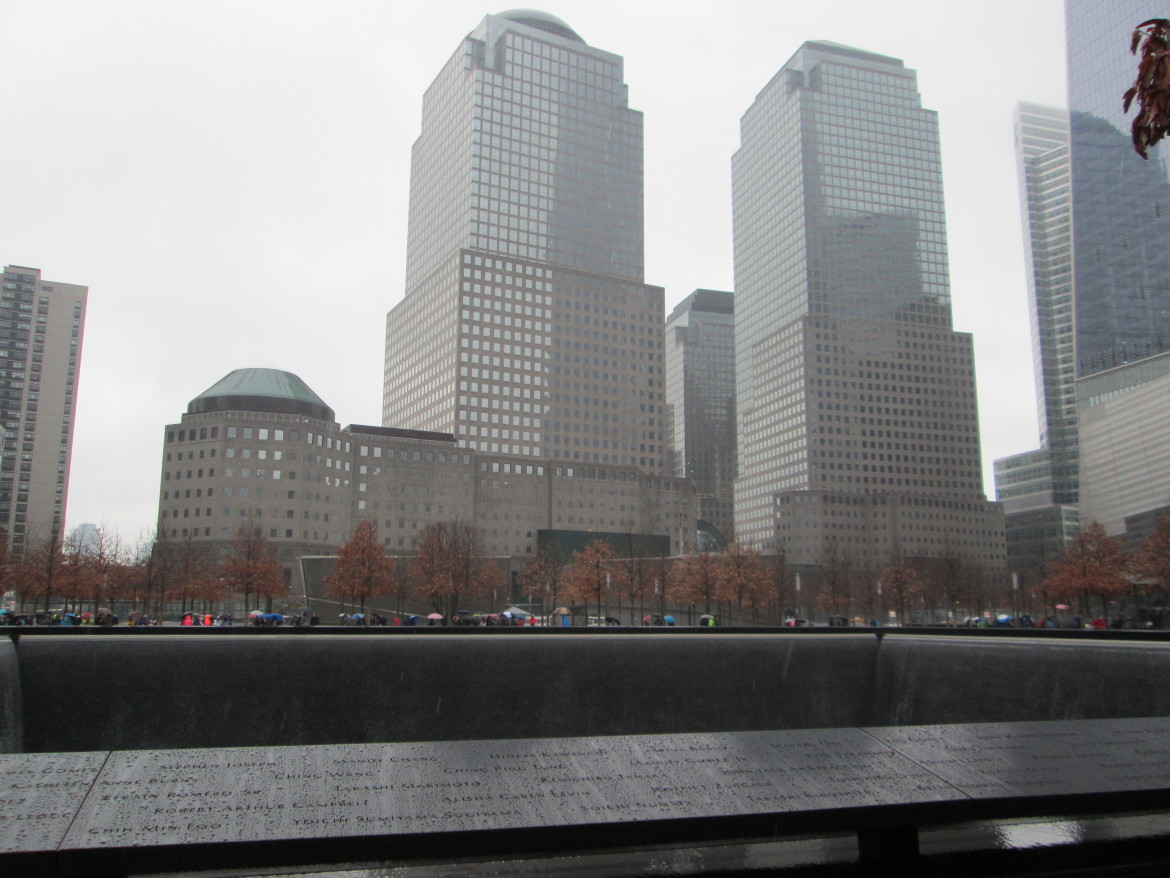 As soon as I started planning my trip to New York last year, I knew that the 9/11 memorial would be on my list of places to visit. In some ways it felt a little grotesque putting a site where so much horror and death occured, not so long ago, into a travel plan, but what happened on September 11th 2001 was such a significant event in the history of New York City, as well as in my own personal understanding of the world and its problems (I was 14 years old at the time), that I felt that it had to be seen.

The weather was awful on the day that I visited; squally winds and a never-ending downpour of rain that seemed to have come straight off the Atlantic. As cliched as it sounds, it was appropriate; raindrop tears trickling past the names carved into the plaques lining the two memorial pools.

I was expecting a sombre atmosphere as I walked around both, making sure I read every name, reflecting silently on the devastation that happened here and all of the ordinary people who got caught up in it on a day which they expected to be a regular Tuesday. It was a moving and emotionally draining experience.

However, not many other people seemed to be approaching the memorial in the same way.

They were posing, smiling, for selfies by the pools. Companions were chatting to each other about everyday things and laughing as they walked around. Children and teenagers were singing, dancing, running about and shouting to each other, as kids do – and the adults with them didn’t say anything.

It’s not for me to judge how people behave at places where bad things happened. But I was surprised by the general jollity in the air, and it made me wonder why it was like this. Was it just a historical site with not much to see (this was before the museum opened) to the young people who wouldn’t be old enough to remember the story behind it? Was smiling, acting normally, a way of dealing with the horror, or of showing that we won’t be beaten by violence? Did the people visiting, non-locals, not feel that the impact of the event was relevant to them?

Or had the 9/11 memorial become just another New York tourist attraction to tick off the list?