How George Town lived up to the hype 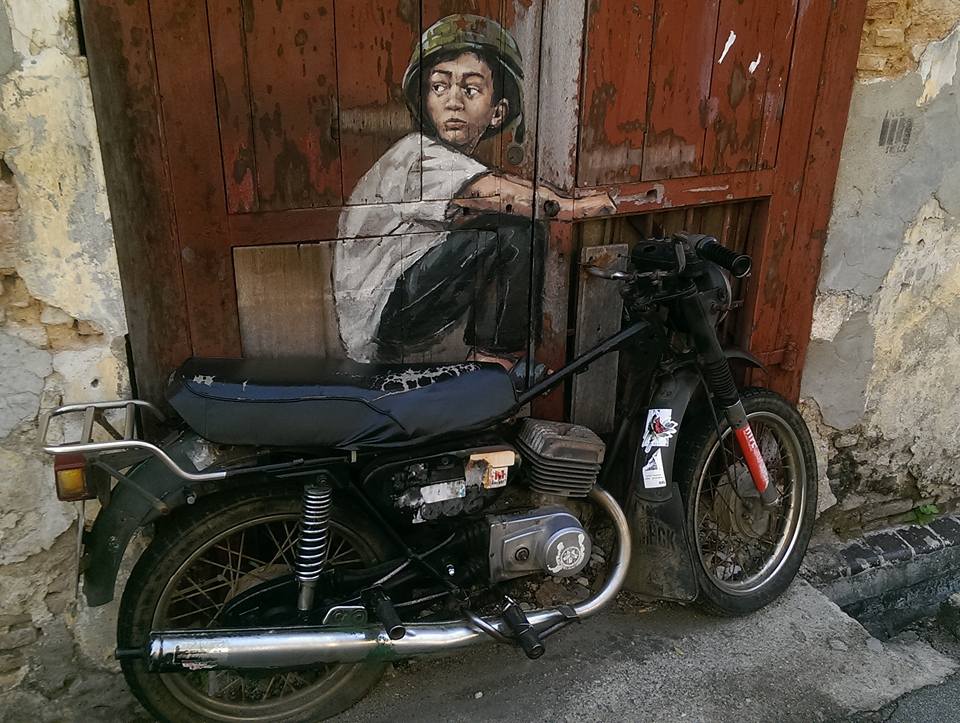 I’ve been a little suspicious of anywhere that other solo travellers rave about, ever since their recommendations landed me on the sleazy party island of Gili T, so I boarded the bus in Tanah Rata bound for George Town on the island of Penang in Malaysia not quite sure of what to expect.

Things started off well when I was deposited at Butterworth to take the ferry over to the city; a boat ride is always a great way to get somewhere in my book. After about 20 minutes on the water, we landed at the quay and I quickly found the free shuttle bus which circles the main tourist sites and dropped me near to my hostel – free and easy transport also makes for a welcoming introduction to a new place.

Within a few hours I was sitting outside on the terrace whilst a new friend gave me a much-need haircut (after four months of travelling with only nail scissors to deal with this mane!) and people walking past grinned at us. Everyone in George Town seemed to be a in a light and cheery mood, and I immediately relaxed into my newest surroundings as we headed off for a beer or two on Lebuh Chulia – a lively street of bars, restaurants and guesthouses – to round off the evening.

The next morning I set out to discover one of George Town’s most famous features; its street art. I picked up a map from my hostel which marked where to find each of the giant metal etchings that tell the story of the city, sometimes in a humourous way, and went off for a wander. It seemed as if there was one on every corner, so there was plenty to see. There was the more traditional kind of street art to be found too, in some beautiful wall paintings scattered throughout the city centre. George Town’s rich history could also be seen in other aspects of the place; from the old British colonial buildings and the remains of Fort Cornwallis, the defence built by the British East India Company (it felt a little surreal to be walking around a very British-looking landmark in the tropical heat), to the vibrant Chinese Clan Jetties down on the waterfront. I was lucky enough to be in the city for Vesak, the holiest day in the Buddhist calendar, marking the birth and enlightenment of the Buddha, so I was able to catch the noisy and vibrant Vesak Day parade progressing throughout the streets. I’d heard a lot about the food in Penang. Although I didn’t find much that I could eat amongst the street food, I was overjoyed to discover George Town’s Little India and the multitude of cheap vegetarian restaurants there. I was eating Indian food twice per day on occasion, but it was delicious and I was still enjoying being able to take a break from egg and noodles! George Town also gets bonus points for one of my favourite things about any city; a cat cafe! Purrfect Cat Cafe was a lovely spot to spend a couple of hours hanging out with some friendly felines one morning. There’s plenty more to see and do on the island of Penang – hiking Penang Hill or going to the beach are both popular options – but I was content to continue wandering around the city, soaking up the atmosphere and finding things to photograph. Before I knew it, I’d spent a week and a half there; it was very easy to lose track of time.

George Town was my final stop in Malaysia, and it turned out to be my favourite; this was one recommendation that I’m very glad I paid attention to.