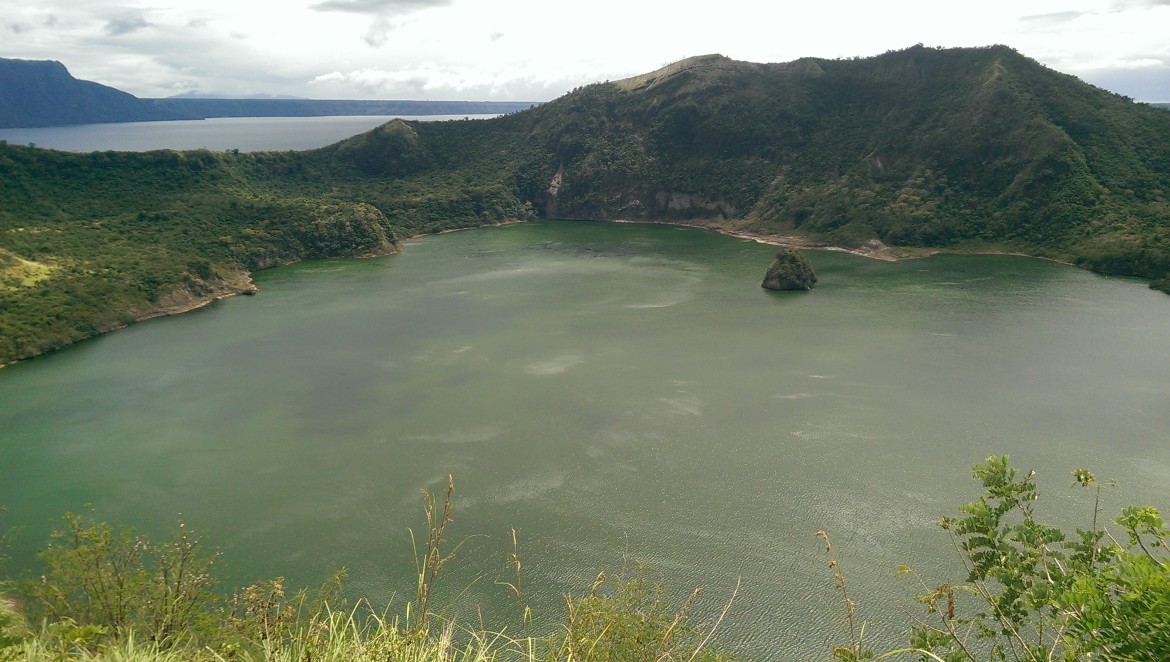 I’d headed to Manila for my final few days in the Philippines, intending to give a proper chance to the city that so many people dismiss. I’d love to tell you I discovered some hidden gems, but sadly not; it was difficult to get around and what I did see was fairly uninteresting. So you can imagine my disappointment when the volcano day tour I’d attempted to book onto for my final day was cancelled the afternoon before.

Luckily, however, that evening in my hostel I met Max, a fellow travel blogger who was also keen to do some volcano visiting, and we managed to get a small group together to head to Taal the next day, with the help of our hostel who arranged the tour for us.

Taal Volcano is in Batangas Province, a couple of hours’ drive from Manila, and it has the accolade of being the smallest active volcano in the world. It sits in the middle of a lake, so the first step to tackling it is the boat trip. By this point I should have undertaken enough boat trips in the Philippines to know what to expect, but this was an especially small banca and I wasn’t prepared to get quite so wet! The captain provided plastic sheets but ideally you really need some kind of waterproofs (something I failed to pack for this trip!). I couldn’t tell you how long the boat trip takes as I was focusing on trying not to get soaked; I don’t think it was that far but it felt like it! That part over, it was time to make the trek up the mountain. Lots of visitors had chosen to hire one of the horses waiting at the bottom, but the animals were too small for the job and looked ill and tired, so there was no chance that we were doing anything other than walking it.

It was fairly steep at times but not too difficult a hike (I didn’t fall over, so it can’t have been that bad). On the way up we spotted pockets of steam – those exciting tell-tale signs of volcanic activity – before that egg-y smell of sulphur began to kick in. Being the world’s smallest active volcano, it wasn’t a very long walk and I think it was only about an hour until we emerged at the top to be greeted with a spectacular view of the crater lake. It was quiet that day but you could make out a few gas bubbles in the water. There’s not much to do up there other than admire the crater, but we were somewhat bemused to see people hitting golf balls into the lake (and then an old local lady climbing over the fence, past the warning signs, to scramble down the steep bank retrieving the balls that had only got that far). We didn’t ever find out what the point of this activity was, but it left us wondering why we had paid an environmental fee at the entrance!

This was a fun little excursion from Manila that would be ideal for anyone interested in volcanoes – you can tick “smallest in the world” off your list! – and should be manageable in terms of the climb for most. Just be prepared for that boat ride!